They’re gluten-free and ready to elevate your nomming pleasure

Two classic snackers, these cookies and these crackers. Two new treats, both the savories and the sweets, in which the main (but not secret) ingredient is quinoa. And there the similarity ends, except for one thing: The delicious quality of these gluten-free brands.

Because these two new products in the category of groceries-that-can-enhance-our-best-parties-and-make-a-regular-meal-a-marvel-of-sustenance are worthy of 1) your palate and 2) your pantry. 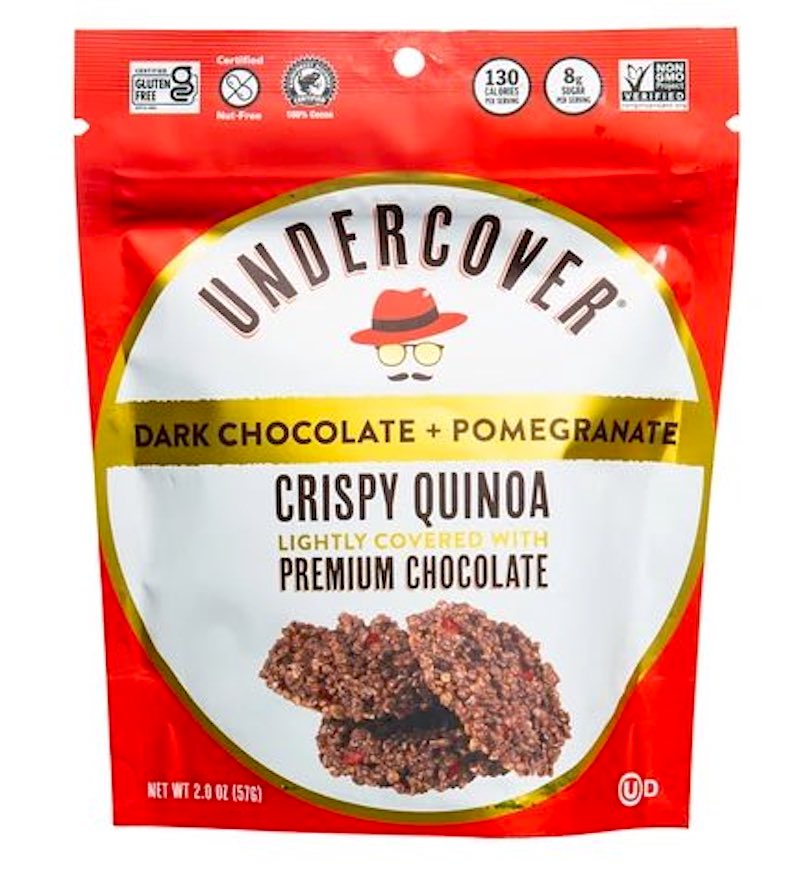 These things – we referred to them as “cookies” only as shorthand, because they’re covered with chocolate – these are little wafers of crisped quinoa. (Yes, it's that ancient grain, now returned to wield its full nutritional force in modern times.) These Undercover delights are kind of like a miniature, flattened version of the rice cakes that used to inundate the supermarkets, remember? But here they’re quinoa-based, so the pleasing crispiness is as gluten-free as rice and can boast more protein, and, as we said – because company founder & owner Diana Levy started out as a professional chocolatier – these snacks are covered with c-h-o-c-o-l-a-t-e.

Imagine: A chocolate-covered Rice Krispie treat sort of experience, except it’s more the size and shape of a silver dollar, and it’s, at least relatively, healthier for you?

Yes: Imagine handy little bags full of those. Imagine, too, that they come in a variety of flavors. Because they do.

Undercover Snacks’ crispy quinoa treats come adorned in milk chocolate or dark chocolate, and either of those cacao-inflected types are further enhanced with, like, blueberries … or currants … or peppermint … or pomegranate … or, well, you get the idea. And, again, we’re telling you about them because we’ve tried them; and we don’t even need our snacks to be gluten-free; but tbh we can’t get enough of these Undercover morsels because they’re so damned satisfying in rich flavor and delicate crunch.

Challenge: You have to order Undercover Snacks from the website, because the New Jersey-based company hasn’t yet expanded their wares to Texas. You could also bug a manager at your favorite H-E-B about getting them, though, see if that eventually works. 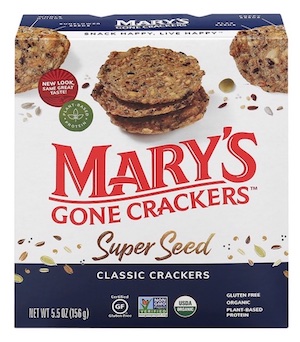 Right, we had to fight the urge to love these things instantly just because we like the name so much. Luckily, the substance more than matches the style here, as these Mary’s Gone Crackers (also disc-shaped, also quinoa-inclusive) are just the sort of thing we want to find when we’re scouting the market aisles for snackables.

The savory bite of these crackers – whether it’s the seaweed/black pepper(!) or the basil/garlic or the jalapeño or the original flavor or whatever – is what we’d expect to find among the delights of a charcuterie board in some high-end, all-organic restaurant. Which is to say: Whoa, a person can just buy these in a store? And build their own impressive cheese-and-crackers spread for the next time guests come over? Or even – yes, they’re this good – just munch ‘em down one after another, as if they were Doritos or something, while bingeing some thriller on HBO?

Yeah, these are definitely on our must-have list of partytime staples. And we’re glad to note that the Nevada-based Mary’s Gone Crackers are carried locally, too – at Whole Foods and Sprouts and Randall’s and, um, Walmart. 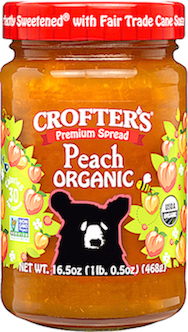 Because, no matter how good a cracker is, sometimes – like on those charcuterie boards invoked above – you want a dollop of something sweet to top it off with, right? That’s where a condiment like Crofter’s really shines – although we’re certainly not knocking its use in a PBJ sammich, nota bene – and where their Wild Blueberry and their Peach spreads, especially, are a delicious accompaniment to those Mary’s Gone Crackers morsels (or even to lesser crackers). And they've got a lot more to offer than just peach and wild blueberry.

But – and here’s the genius move – reminiscent, in our mind, of that scene in William Goldman’s Marathon Man, where espionage master Scylla feints left and then goes left – try some of Crofter’s jammy goodness with those Undercover Snacks, too.

Srsly, if you use a chocolate-covered quinoa crisp to scoop up a glob of that rich, organic fruit spread … and then pop it between your lips, give it a little chew … your own mouth is gonna want to kiss you, friend, y’know what I’m saying? Because that’s how you treat yourself right.