A Mini-Cavalcade of Canned Cocktails

Refreshing and just potent enough for spring. Or summer. Or whenever.

Look what a bounty the rapidly de-escalating pandemic hath wrought: More booze in a can, all well-crafted and ready for quaffing! It’s the next best thing to having a professional bartender as a friend – and reason to celebrate, even when you’re celebrating not needing a reason to celebrate.

[Note: If that last part threw you, though, maybe make the next few drinks something from JuiceLand instead?] 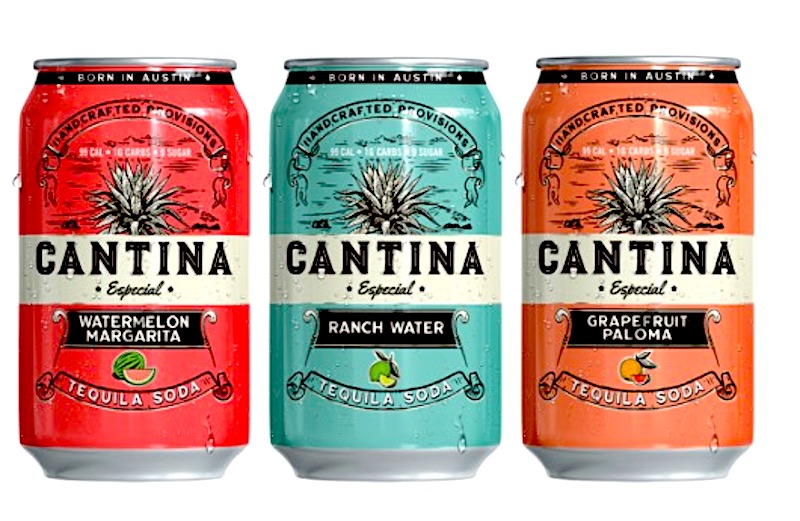 1. CANTINA’S TEQUILA SODA After the smashing success of their ready-to-drink vodka soda (they’ve sold over 517,000 cases ) the Austin-based team that brought you Canteen Spirits has done it again – this time, with tequila. The new Cantina line of canned cocktails are made with real tequila from premium blue weber agave in the heart of Tequila – in Jalisco, Mexico. Three flavors, three attractive cans: Ranch Water, Grapefruit Paloma, and Watermelon Margarita. Each 12-ounce can is 99 calories, low carb, and contains zero sugar. (Also note: ABV of 5.6% per can. ) If that sounds good, but you don’t trust your own non-empirical reckoning, you can either trust us – we’ll especially vouch for that Watermelon Margarita, because, wow, what thirst-quenching flavor – or you can try some for yourself: They’re in select stores and online now, around $10 per four-pack, and will be available nationwide by May. Salud! 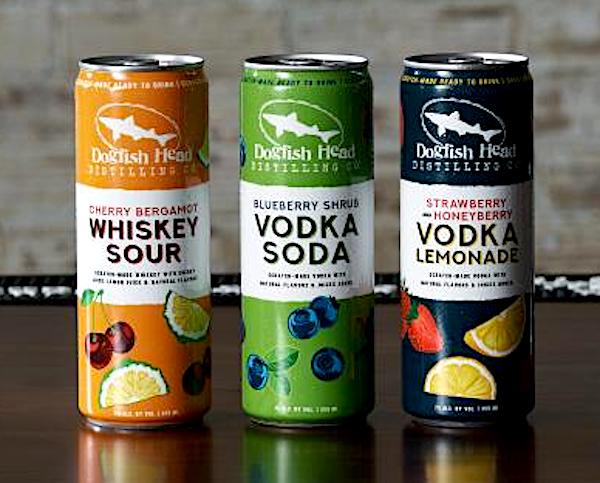 2. DOGFISH HEAD “Dude, hold on, you just fucked up your listicle,” we hear you protesting: “Dogfish Head, that’s a beer company.” Yeah, we thought so, too. When we got the press notice, we thought: Yeah, that’s that esteemed craft brewery up in Delaware. Are they, what, releasing some new IPA or whatever? But it turns out that the legendary joint – they’ve been in business for about 25 years – also distills spirits. We’ve been so focused on Texas spirits – not that that’s a bad thing, that focus – that we hadn’t even realized … Anyway, listen: “Dogfish Head Distilling Co. has always been focused on building recipes around enticing combinations of natural culinary ingredients in their rawest forms, never adding flavorings or bringing in bulk-spirits for re-distillation,” says James Montero, Dogfish Head’s Innovation Manager for Beyond Beer. “This commitment’s allowed us to produce a wide array of award-winning vodkas, gins, rums, whiskeys, and more, and has helped us build a loyal cadre of spirits drinkers.” Okay, clever Yankees, now we get it. But, more to the point of this round-up, Montero continues: “I’m proud to share that the same level of rigorous care was used when creating the recipes for our ready-to-drink canned cocktails.” Aha, yes: Blueberry Shrub Vodka Soda; Strawberry & Honeyberry Vodka Lemonade; and Cherry Bergamot Whiskey Sour. Each of those boasts a 7.0 ABV, and each is a fine flavor sensation; but, again, if we had to pick just one, oh lordy, that Cherry Bergamot? Yeah, we’ve had whiskey sours that didn’t taste that good outside the can. “With a hint of honey, lemon and bergamot,” indeed. 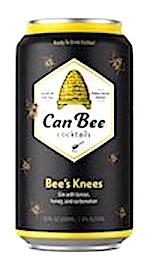 3. BLACK BUTTON’S CAN BEE That’s right – these guys are also the purveyors of that Bespoke Bourbon Cream we shamelessly ranted about in a recent round-up of new spirits. Well, they have a canned cocktail, too. Not a whole line of ‘em (yet), but one that may be precisely what you’re looking for, especially with the heat of summer already a-movin’ in: The classic Bee’s Knees concoction of gin with lemon, honey, and a touch of carbonation. Now, that’s some crisp liquid coolness right there – and it comes in such a darkly elegant can, too. [Editorial aside: We’re hoping to hell that our own Hill Country’s Apis restaurant can reopen soon, what with the availability of vaccines and all, because that’s where we’ll be getting a freshly made Bee’s Knees before nomming on some of the best food in all of Texas. But we’ll gladly sip these Black Button cans until then – and, tbh, probably long after, as well.] 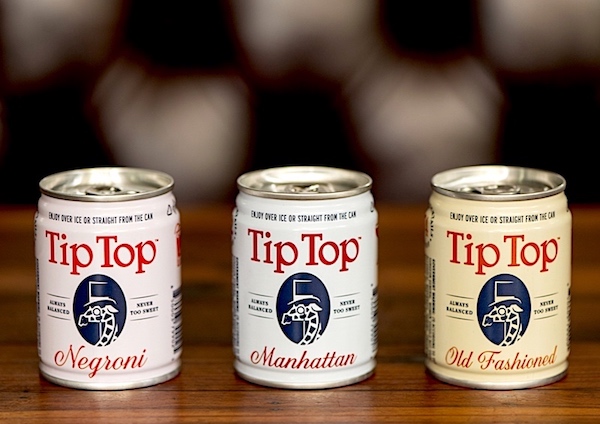 Okay, that’s four. According to our sources [Editorial note: Never you mind, bubba], that qualifies as a mini-calvacade right there. Enough canned cocktails, we reckon, to keep you refreshed for a good long time.