Seven Things to Know In the World of Spirits

Can’t everything always fit into a neat Food News Buffet sort of box – not when there’s so much happening in Austin and the rest of Texas, especially, everything starting to open back up as these hurray-for-modern-medicine vaccines come into pandemic play.

So many events – and so many, as they call ‘em, products, whether those products are from this politically contentious republic or beyond. So here's a small but data-rich pile of news and opinions to fortify the knowledge base of all you thinkers and drinkers out there. 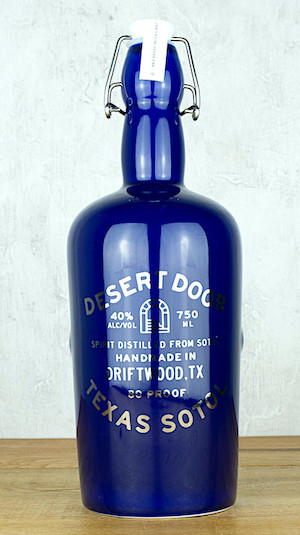 1. DESERT DOOR TEXAS SOTOL You know what sotol is, even if all you know is that it’s 1) not tequila and it’s 2) made from a certain species of succulent that’s not the agave that tequila is made from. It’s a short-trunked desert perennial often mistaken for yucca, this sotol plant, and the thing takes approximately 15 years to mature and yields only one bottle of sotol each. (By way of comparison: Agave will give you around six bottles of tequila per plant.) “Sotol,” a friend might tell you, “that’s, ah, yeah – it’s got this taste, you know? A little sweet, maybe, and smoky AF.” But you probably knew all that, right? And maybe you even know that Desert Door Sotol is made by hand in Driftwood from wild-harvested West Texas plants, and that it’s a top-rated brand of sotol, and its bottle is an opaque blue stunner beloved of designers everywhere. Well, now you’ll also know that Desert Door has launched a nonprofit foundation, Wild Spirit Wild Places, created to support conservation and land stewardship across the U.S. by funding the research, education, and practice of conservation to protect the kinds of lands where the Texas sotol plant (Dasylirion texanum) grows. And to celebrate the launch, Desert Door is offering a special cocktail, The Wild River Rita, through April at their Driftwood Distillery. Note: The drink is a spin on a margarita, featuring Desert Door Sotol, hibiscus syrup, and lime – and a portion of each cocktail sold will benefit Wild Spirit Wild Places. 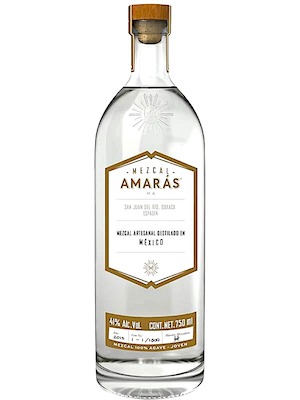 2. MEZCAL AMARÁS So – what else is like tequila, but definitely more smoky? Mezcal is like tequila, but definitely more smoky. And mezcal, made from agave other than the blue variety, will provide you with some spirited schooling. “When I dug deep into the mezcal,” says Luis Nino de Rivera, co-founder and global brand ambassador for Mezcal Amarás, “it just blew my mind.” Rivera, in his younger days, spent years working with Pernod Ricard Mexico, developing vodkas and whiskeys; he’s spent the last ten helping perfect and promote the mezcal of Casa Amarás. “And each year I learn something different from mezcal, from agave, from the process,” he says. “It’s been an amazing journey.” You can reiterate a condensed version of that journey along your own palate, we’d suggest, getting to grok the lessons of the plant via spirits distilled from, ah, from its verdant soul. But don’t worry about adding to the dearth of agave souls with that potent curriculum: “In pursuit of sustainable growth,” the company is pleased to note, “Casa Amarás plants, on average, seven agaves for every agave harvested. Most of our planting is on previously deforested land and following organic methods as our standard practice. In our distillery, we produce a natural fertilizer, Bokashi, which helps us balance what we take from the land with what we give back.” We recommend balancing what’s missing from your liquor cabinet with what the House of Amarás can give back, bottle by bottle. 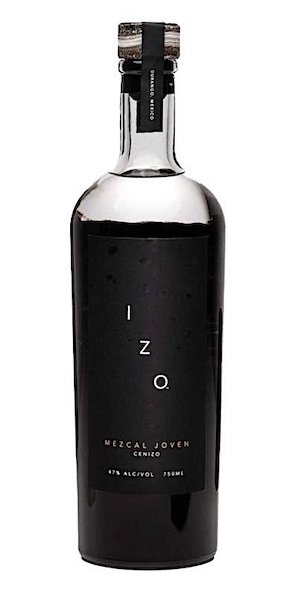 3. IZO Or maybe it’s Izo you’re looking for? This new San Diego-based company, launched by Durango, Mexico, native Gaston Martinez in 2019, offers “a collection of premium, handcrafted agave spirits produced sustainably right in the heart of the rural town.” That “handcrafted agave spirits” phrase doesn’t really narrow things down, does it? That’s because Izo offers, in their stylish array of bottles, three types of mezcal (reposada, añejo, and ensamble), and a sotol, and – aged for three years in wooden barrels and then charcoal-filtered – their Tequila Extra Añejo Cristalino. Some would insist that just the existence of this brand is reason to celebrate; others would hold off celebrating until something more official, like Cinco de Mayo, was happening. Well, that day in May is coming up fast, which is why knowing how to mix a relevant drink will be some handy knowledge. So, the MargarIZO, plain and simple and delicious: Two ounces of Izo Tequila, the juice of one lime, and half an ounce of Triple Sec; salt the rim, garnish with a slice of unjuiced lime, and sip until you feel almost friendly toward the French.

4. BLACK BUTTON DISTILLING This here’s the first grain-to-glass farm distillery up there in Rochester, NY, since prohibition. You’re going to be hearing more about Black Button, mark our words. We mean, maybe you’ll hear more about them because their Four Grain Straight Bourbon – a 2020 John Barleycorn gold medal winner – is so good; or maybe you’ll hear more about them because their Citrus Forward Gin is enhanced by orange the way Hendrick’s is famously enhanced by cucumber. But we’re certain you’ll hear more about them – from us, even, because we’re raving to all our friends on this subject – because they have a fine sort of whiskey called Bespoke Bourbon Cream. And, mirabile dictu, this stuff is better than Bailey’s. Now, we used to be downright hooked on Bailey’s – because it’s so good, okay? And we haven’t tasted a whole bunch of other whiskey creams, tbh. But sometimes we’d buy a knock-off brand like, what, what is that shit – O’Houlihannessy’s or something? Because maybe it was cheaper and we were going through a financial rough patch? But, no matter what we tried, it was always lesser, always just a disappointing Bailey’s wannabe. But this Black Button Bespoke Bourbon Cream, at $35 a bottle, is … well, we’re calling it better. Because it’s not quite as sweet (even though it’s sweet enough), for one thing, and especially because it possesses these deeper caramel undertones, this distinct richness of flavor, that makes our old darling Bailey’s taste almost insipid by comparison. And now – check your local liquor stores – all of the Black Button products are being distributed for sale throughout Texas. Addendum: The company’s president and master distiller, Jason Barrett, tells us that his father is to blame for the existence of this Bespoke stuff. Well, Mr. Barrett-the-Younger, word to your Pops: Gracias! Muchas gracias!

5. STILL AUSTIN So, other states' liquor companies like Black Button are (thankfully) bringing their products to Texas. Meanwhile, the local brilliance of spiritmongering called Still Austin hasn’t yet hawked its wares beyond the Lone Star State. Company co-owner Chris Seals confirmed this at a bottle release party last week, and we were rattled by the intel. But then, the Still Austin people are doing very well right here at home, and spending their expert time and energies on producing wonderments like what was revealed on Sunday, April 11: A limited-edition Double Barreled Straight Bourbon Whiskey. Yeah, no, we mean limited: There were only 200 bottles available from the expression. And, Seals further told us, they were sold via online lottery – a lottery in which 3500 citizens signed up just for a chance to purchase the stuff. Yeah, Texas knows how good Still Austin is, with their contents like liquid heaven and their packaging illustrated by the likes of Marc Burckhardt and Tim Doyle … and when the rest of the world finds out, we reckon all bets are off.

6. SISTERDALE Chad Gailey and Peter Watson, the longtime friends and entrepreneurs behind this new brand of bourbon, aren’t trying to sneak their way into anyone’s good graces. They’re not pretending that what they’re blending out there in the Hill Country doesn’t originally come from Midwest Grain Products. Listen: “Sisterdale Distilling meticulously selected five different bourbons from one distillery in Indiana to create its signature flavor profile. The straight bourbon is made with premium grains including white corn, wheat, and barley malt. It derives its characteristic earthiness and slight sweetness from the main flavor grain – wheat – which gives it an exceptionally approachable and sublimely delicious taste. It’s mellowed and cooled to 93.4 proof with ozone-infused Texas rainwater that’s gone through reverse osmosis. The bourbon is aged for a minimum of 40 months in charred American oak barrels.” See? Some people might try to stealth past mentioning MGP at all, for whatever reason. But those some people aren’t Gailey and Watson, whose Straight Bourbon Whiskey was awarded double gold by the John Barleycorn Society in 2020 and a gold medal at the 2021 Denver International Spirits Competition. So never mind some people – we’ll be paying closer attention to the Sisterdale duo and their velvety amber drams, thank you very much. 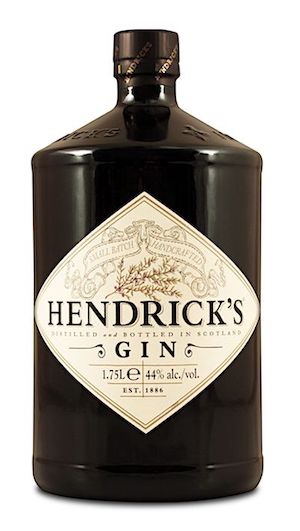 7. HENDRICK’S GIN Yes, Hendrick’s Gin. It’s by far the most celebrated beverage in this round-up, and it really needs no help from your Food Lieutenant and his Booze News ramblings. But we were so damned pleased with the Chronicle’s own April Fool’s cover story about Elon Musk buying the City of Austin, ha-ha, that we were almost taken in by the April Fool’s joke that Hendrick’s pulled: Sending out press releases about their new Gin Pickles. Like, not slices, but full-sized cucumber pickles. Bwa ha ha, right? Wotta riot, right? And it was almost plausible, because cucumber slices are the de rigueur garnish for most cocktails made with Hendrick’s. But, the thing is, now great ravening hordes of people, fooled or not, are like, “WTF, Hendrick’s? WE WANT THOSE BIG GIN PICKLES!” So we’ll see, we’ll just bloody well see. Also, speaking of it, you know that Austin’s ARRIVE Hotel on East Seventh has a dedicated Gin Bar that boasts a program of, holy shit, more than 90 varieties of the juniper-based spirit, yes? Well, citizen, we’re glad to remind you.