Would You Believe, National Caramel Day?

Five delicious reasons that will make you go yum

Monday, April 5, is National Caramel Day and we’ve got five reasons – five sweet, creamy, and delicious AF reasons – for you to actually celebrate that random fact.

First off, this is obviously the Austin Chronicle that you’re reading – and so we’re going to be equally obvious and start off with a local favorite.

But then, because this is (just as obviously) also the internet that you’re reading, we’ll tell you of four other caramel-based goodnesses from beyond the Lone Star State that you can get delivered right to your door. 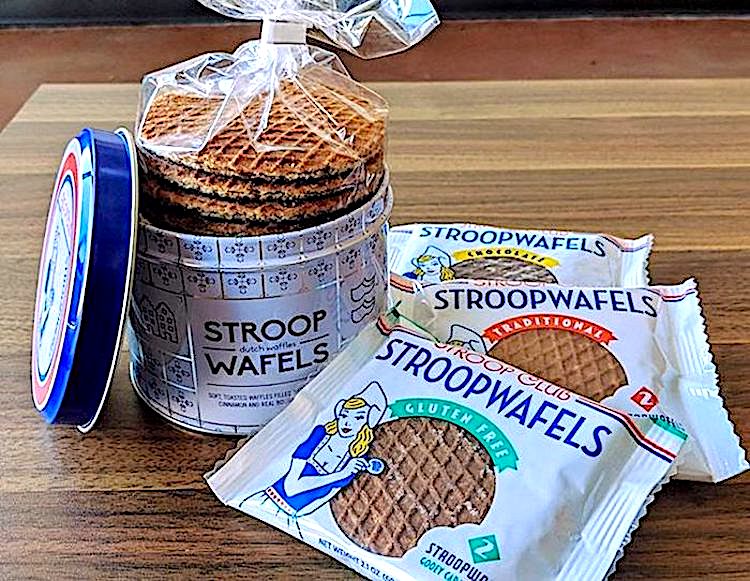 1. STROOPWAFELS You know what they are, right? These scrumptious products of Dutch heritage are chewy wafer cookies that have just enough crunch to ‘em on the outside, and they’re joined together by a delicious caramel filling on the inside. And the stroopwafels we’ve enjoyed around town, having encountered them all packaged and seductively displayed on the counters of neighborhood shops and coffeehouses, they’re also from this town: They’re part of Austin’s own Stroop Club. Chantal Piët and her husband Tako Vermeulen moved here from the Netherlands in 2015 and decided to visit the traditional confection on formerly stroopwafel-bereft Austinites. And we reckon that if you take a bite of one of these crisp, gooey, caramel-rich, stroopy wafels, you’ll want to, um, maybe hug a windmill? Out of sheer joy? Citizen, we wouldn’t blame you in the least. 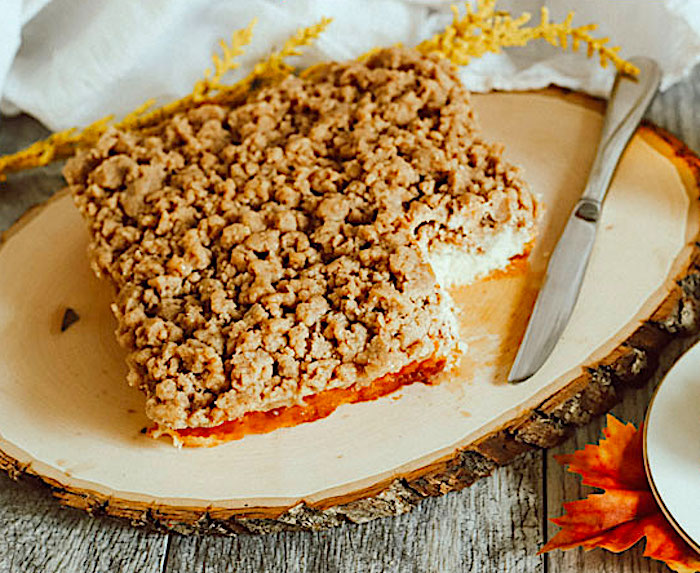 2. CLARKSON AVENUE SALTED CARAMEL CRUMB CAKE Straight outta Brooklyn, as they say. Well, to be precise, what they say is: “Using a family recipe inspired by 1950’s Brooklyn, and perfected on the east end of Long Island, we promise to deliver you the most delicious crumb cakes on the market.” Now, we can’t give that an unequivocal thumbs-up – simply because we haven’t test-driven every single crumb cake on the market, okay? But we can swear on a pile of sainted Texas brisket that these delectable creations are, at least, among the most delicious on the market. And they offer a compelling variety of the things. And the Salted Caramel version that Clarkson Avenue’s Susan and James Walsh cook up, especially? Hard to imagine properly celebrating National Caramel Day without it, tell you what. 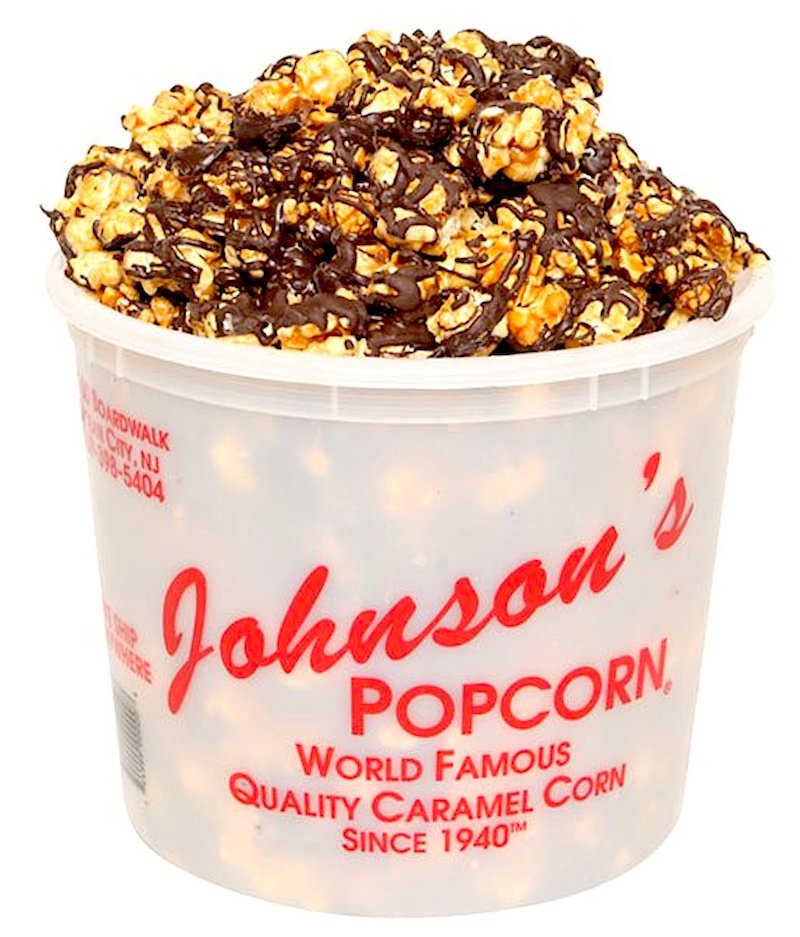 3. JOHNSON’S CARAMEL POPCORN Oh, if only caramel popcorn was all that this Ocean City company made up there in New Jersey, then we might be able to resist their sweet, sweet wiles. As good as it is – and it’s damn good – we might be able to stave off the temptation. But, no, Johnson’s has to offer a bunch of other flavors of their air-popped, small-batch popcorn, too. And, as if they’re trying to monopolize National Caramel Day or something, they’ve also got to promote the golden goodness of their Caramel Sauce and long chunks of sea-salt-enhanced caramel candy as well? Okay, okay, enough: We’ll do it. We’ll put that exquisite caramel sauce on top of some vanilla ice cream and we’ll eat a whole bowl of the stuff, slowly, while watching Willy Wonka on April 5th. And maybe on April 9th, too. April 24th. May 2nd. June 21st. September 19th. All the days, all year long! 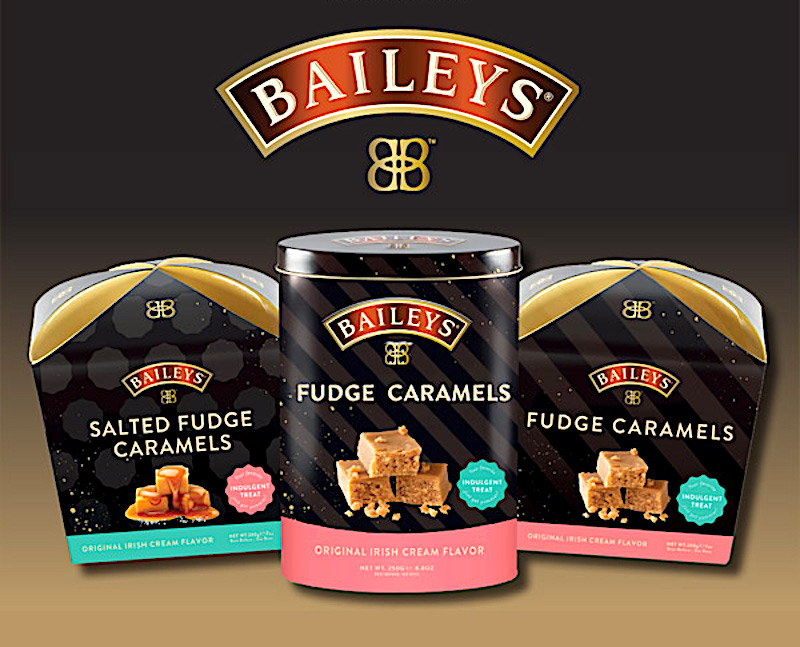 4. GREAT SCOT INTERNATIONAL: WHISKEY CARAMELS Yeah, because sometimes the delicate flavor of caramel just isn’t enough all by itself? That idea may sound like … like … well, like sacrilege, at first. But then let someone mention that even the best caramel might taste better if it tasted faintly of a fine whiskey as well, and all judgment vanishes. Except for the judgment of, “omg this stuff is soooooo goodddddddddd lol XD,” right? And so here comes Great Scot International, a North Carolina company started in 1997 by a native-born Scot, and what are they selling among their bright imported array of Scottish foods and fashion? Answer: Caramel. Better answer: Caramel fudge. Best answer: Caramel fudge that’s also flavored with the likes of Bailey’s Irish Cream and Jim Beam’s Whiskey and so on in that palate-pleasing manner. Next, you might want to ask yourself, “Och, is this National St. Patrick’s Caramel Day?” But you’ll likely be too busy clicking on the website to consider such a silly question. 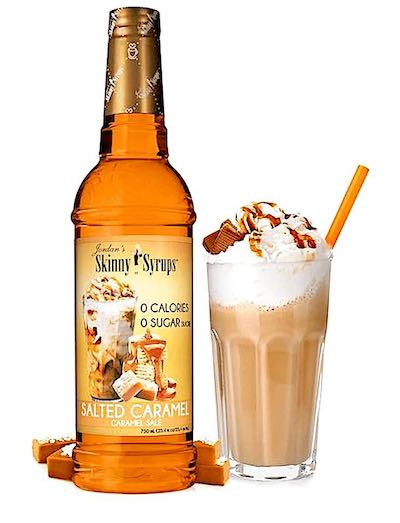 5. JORDAN’S SKINNY SYRUPS Because sometimes the sweetness doesn’t need to be about the sugar. Because, sometimes, you want the rich, creamy, and buttery caramel flavor without a body-boosting amount of calories to it. You want to add that dimension of taste to your coffee, or tea, or shakes, or oatmeal, or – well, to anything, pretty much. Yogurt. Those muffins you’re baking. You know. And that’s where Jordan’s Skinny Syrups come in, of course – and caramel lovers can choose from sugar-free syrups including Caramel Creme Cheesecake, Salted Caramel, Salted Caramel Mocha, Chocolate Caramel Truffle, and Caramel Fudge Waffle Cone. “But, hold on,” you say. “Why do I even have to go to the trouble of mixing one thing into another? Gawd, that’s almost torture-level inconvenient!” Okay, in the first place: Check your privilege, Karen. And, in the second place: Jordan's Skinny Cold Brew Salted Caramel Coffee On-Tap, also available, is a 72-ounce cold brew with a pour spout – and it's so good that you can drink it black and chilled or with your milk of choice. And it’s got only 10 calories per serving, with zero sugar and zero carbs. Hell, friend, we wouldn’t be surprised if there was a picture of it in the dictionary, right next to the word c-o-n-v-e-n-i-e-n-t.