Here’s some of what’s happening in Austin’s culinary scene during this second week of January.

Yes, it’s your Food News Buffet, as wrangled from numerous PR releases, official posts, words on the digital street, and even the occasional (verified) IRL eavesdroppings. 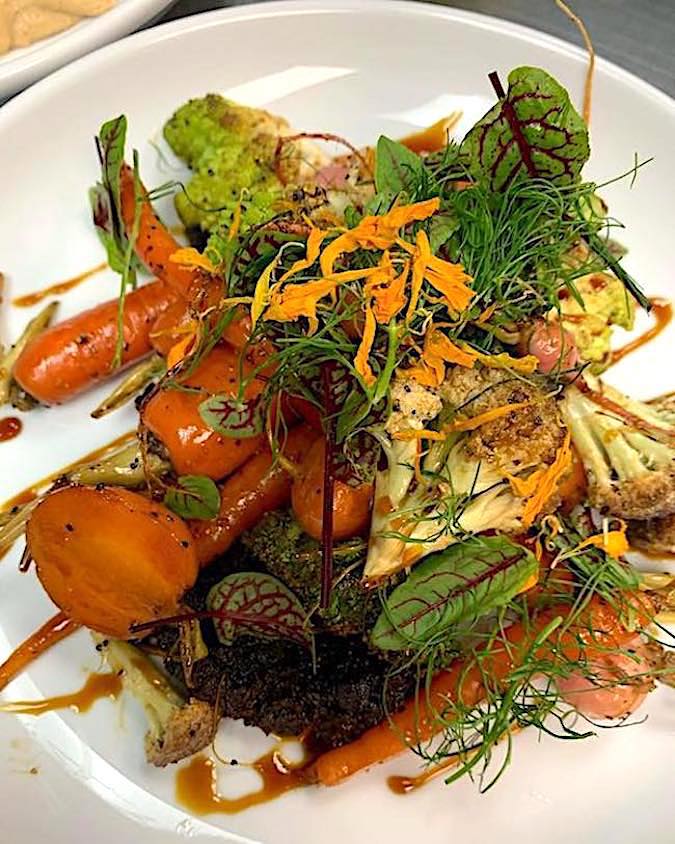 One of the happiest bits of news in a long while is that Sonya Cote, the James Beard Foundation Women’s Entrepreneurial Leadership alumna and Texas chef known for Eden East and Hillside Farmacy (besides all the arts events she catered, spectacularly, back in the pre-COVID days), that Cote has opened a new venue: Storehouse Market + Eatery, in downtown Bastrop. It’s not just “another new venue,” though. This new place is situated in a 175-year-old, two-building property at the corner of Main and Pine that’s been transformed by the acclaimed locavore chef into a seasonally driven restaurant and pantry to showcase the area’s bounty with ingredients sourced from Eden East Farm and other Bastrop producers. (For instance: Cote’s distinctive takes on Southern classics like Chicken Fried Quail Knots, Butternut Queso, Smoked Pork Chops, BBQ Shrimp, Smothered Greens and Gumbo, along with the chef’s signature dishes like Farm BQ and Grass-fed Burger.) But what is great food without great drinks? Sad, we’d reckon – and we did say this is happy news? So wipe that smile back on your face, citizen, with the knowledge that, in the weeks to come, beverage director Brian Floyd (of the LINE Austin and Weather Up fame) will present a slate of signature cocktails for Storehouse’s drinks menu – and you can also look forward to wine and beer from local purveyors like 602 Brewing Company. Bonus: The main dining room boasts original artwork by Richard Linklater, the walls comprising a gallery for the film director’s mosaic pieces and other noncinematic works. Damn, Bastrop, maybe you’re not all about that giant Buc-ee’s, after all …

In other good news, Senator Kelly Hancock and Representative Charlie Geren filed a bill pertaining to Greg Abbott's emergency waiver allowing restaurants to safely sell alcohol with pickup and delivery food orders: They want to make it a permanent thing. That’s a good start, at least, toward greater sensibility. Next thing we might have to give the damned virus partial credit for is when the legislators of this beleaguered state finally realize that, hey, legalizing (and regulating and taxing) weed will quickly fill our pandemic-depleted coffers – and that regularly smoking a few dank nugs will make even Republicans generally less aggro, right?

And, what else? The local corporation behind Tony C’s Pizza – Tc4 & Company Hospitality – has acquired Austin’s Mighty Fine Burgers restaurant chain, taking over all five locations as the business continues to expand … On the other hand, it’s a sadness that Austin Pizza Garden, the popular eatery on West Highway 290, is closing after 27 years – their final day will be Sunday, Jan. 17 … But, what may be the first Thai ghost kitchen in town is now open. Named after the Thai word for “prosperous,” Charoen Express operates out of Cloud Kitchens on North I-35 and focuses solely on online delivery, takeout, and catering – with ordering available via Uber Eats, DoorDash, and more. “With the number of ghost kitchens growing in Austin, we wanted to get ahead of the trend,” says co-owner Char Chongchitmate, former chef at Parmer Lane’s Thai Lada … And the Eastside’s lovely Dear Diary Coffeehouse is presenting a Cupcake Bake Sale of pure yum on Sunday, Jan. 17, 8am-2pm, showcasing the confectionary goodness of Suga’s Cakery … And the third anniversary of Ian Thurwachter and Krystal Craig’s Intero is coming up fast. Which means they’ll be celebrating their zero-food-waste Italian kitchen on Cesar Chavez and inviting the public to join the party (Jan. 21-24) by offering half off their original-opening dessert selections – and half off their new pizza program, Pizza A Parte, too … And the Z’Tejas location in the Arboretum has upgraded its fine ambience with a brand new patio, a “1,100-square-foot outdoor space in the woods behind the restaurant,” to be specific, which will open to the public on Saturday, Jan. 23 and be accompanied by a slew of new drinks (featuring agave-based spirits and non-alcoholic options) … And, finally, Freebirds World Burrito has added cauliflower rice to their build-your-own bowls and burritos lineup and announces the return of that Beyond Meat® stuff (that’s so good even bloodmouth carnists like your current reporter love it).

So – things aren’t all bad, see? But please be safe, citizen. Eat well, watch out for those ’ronas, and always tip as big as you can.