Bread and Oil: The Basics are Best for a Better New Year

Atoria’s and Oleamea are a tasty foundation of savory joy

Even saying that is a cliche at this point, but it continues to be true – because more people are spending more time sheltering at home, and because baking is often a calming sort of activity, and both those facts are intensified (as we’ve discovered) by a pandemic, and because (duh) freshly baked bread tastes so wonderfully good.

But sometimes you don’t want to bake your own bread. Nor do you want to buy the same-old same-old sliced loaves from the grocery store. And of course we’ve told you about local bakeries that offer all manner of bready goodness, and that’s a true and good local situation to partake of and support whenever possible.

Right now, though, we’re going to point out a company from California, a company whose products are available in local stores (and stores all over the country) or through the internet, because they specialize in a variety of flatbreads, and they make those flatbreads with simple, non-GMO ingredients and never use artificial preservatives, colors, or flavors. And these breads have a few different names, but all of them are spelled c-o-n-v-e-n-i-e-n-c-e. We’re talking about Atoria’s Family Bakery out in Gilroy, because we’re absolutely loving their lavash and naan and pita breads, we’re rolling them up as sandwich wraps or dipping them in hummus or using them to scoop up tabouli  or just – especially with the garlic naan – warming them up a bit and dipping them in olive oil as we munch. Because, you know when you go out to a restaurant – or, more likely in These Constrained Times™, when you order pick-up or delivery from a restaurant – and the bread is just lovely, just a wonderful use of flour and water and salt and all that? That’s what Atoria’s breads are like – all three styles. And we had to say garlic naan, because of course they also produce a regular naan. And their lavash, the type of flatbread that the company was founded on, also comes in traditional, whole-grain-and-flax, spinach, and garlic-and-herb varieties.

You can already see why we’re so pleased with what Atoria’s is offering. And further glad that the conveniently packaged breads are carried by Central Market and Wheatsville Co-op and even Whole Foods. 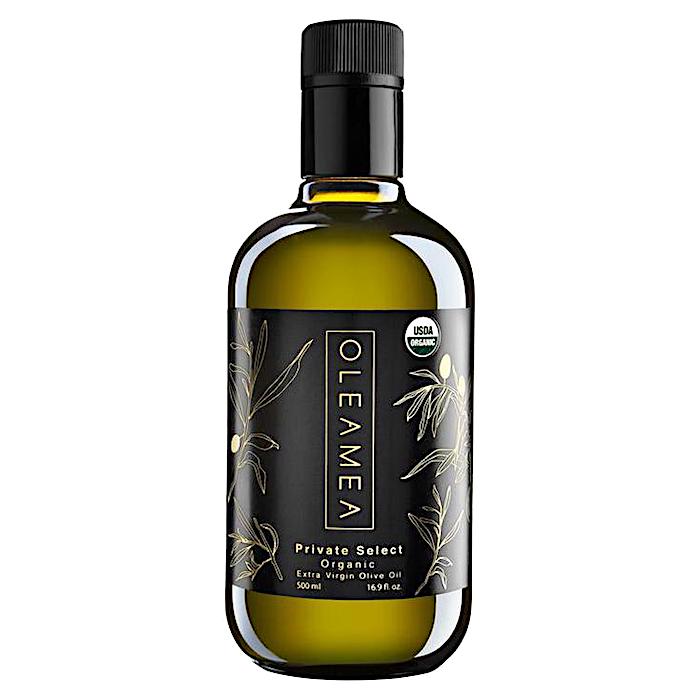 Now, we mentioned dipping the garlic naan, warmed, in olive oil? Well, we’re not going to just let that slide. We’re not going to abdicate our responsibility as stewards of good taste and healthy eating by failing to mention a preferred brand of olive oil. Because, even after we’ve arranged our budget to cover some of the best from Austin’s excellent Con’ Olio, these days we’re most often dipping our bread in Oleamea Extra Virgin Olive Oil.

This stuff has been produced in the southwest region of Turkey by company founder Merve Aydin Doran’s family for generations. This stuff, this remarkable EVOO, you can smell the rich botanical fragrance wafting through your olfactory chambers as you taste it: Like breathing in the perfume of olive leaves. And the taste is so smooth and, well, it’s not just warm bread that it does right by. We splash it into sauces for coating our dinner pasta with and scramble up our breakfast eggs in a golden puddle of it, and deliciousness follows.

Probably this olive oil is glorious in all manner of recipes, but we’ve not explored that far yet. (Although, hey – give it a try yourself.) Probably it’s also a boost to all the systems of your body, makes for things like clearer skin and shinier hair and so on, but we don’t know: We’re more concerned with how good it tastes. And with where we can get the stuff. And Oleamea products are available, like Atoria’s breads, through the internet. And, look: This Turkish EVOO is available at Sprouts Farmers Markets locations throughout the Lone Star State.