Armadillo Den Opens on Manchaca, Jester King Celebrates a Tenner, Smithville Gets Meaty, and but There’s Some Sad News, Too

Here’s some of what’s happening in Austin’s culinary scene as the coronavirus dumpster fire of 2020 smolders to its end. Yes, it’s your Food News Buffet for the *checks calendar* third week of December – as wrangled from numerous PR releases, official posts, words on the digital street, and even the occasional (verified) IRL eavesdroppings. 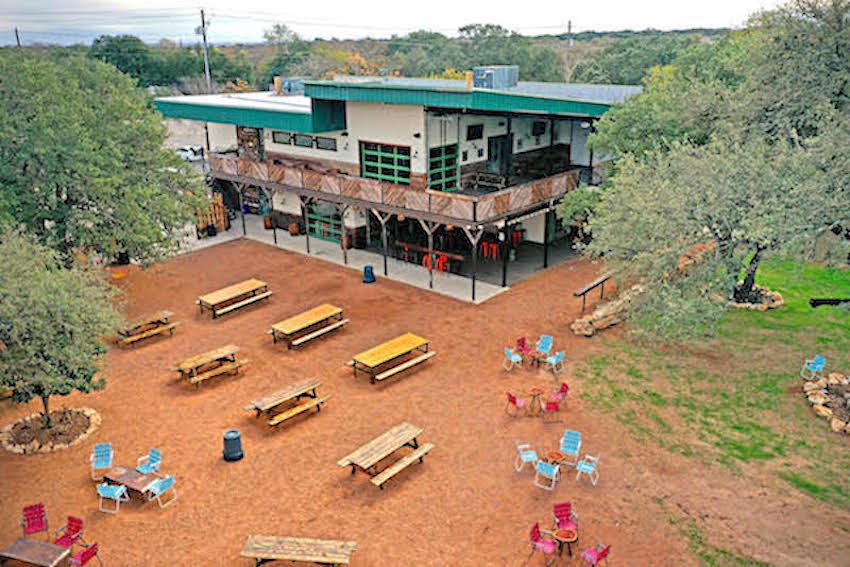 Armadillo Den is a new, two-story bar and “outdoor entertainment complex” on three oak tree-studded acres of land at 10106 Manchaca in South Austin, boasting two popular food trucks – Pueblo Viejo and Ranch Hand – and promising an eventual off-leash area for friendly doggos and an outdoor (live music) stage. But the basic amenities are open now, with much space for distancing and an array of beers (at least 18 on draft) and cocktails (and mocktails) and so on, for your most leisurely pleasure. This southside Den is open Mon.-Thu., 4pm-2am, and Fri.-Sun., noon-2am. Note: This place is for folks who are 21+ years old, but they plan on being “kid-friendly” in the spring of 2021.

Jester King Brewery – which does begin to seem like it's the actual King of all breweries, doesn’t it, what with all the incredible quaffs they create (87 in 2020 alone) and that glorious 165-acre ranchland park (AKA beer-fueled adult playground) out in the Hill Country – well, the brewery’s just released the newest pair of beers, a Double Dry Hopped IPA and a Saison, as part of the company’s tenth anniversary celebration. You really should pay ’em a visit sometime, get away from *gestures at a wall of Zoom screens* all this for a while.

(Although, if you’re looking for imbibables that are rather more powerful (and on equally lovely grounds out that-a-way), you know Treaty Oak Distilling’s gonna welcome you with open arms, right? And with whiskey. And the superlative barbecue-forward cuisine of Alice’s Restaurant, right there on the property. Just sayin’, word to the wise.)

Meanwhile, out in Smithville, a Mexican slow-cooked barbecue and butcher joint called Carne Lenta has taken over the Vasek Garage that used to house Micklethwait Craft Meats' beyond-Austin outpost in those parts, and they’ve got an opening celebration (featuring live music by Guy Forsyth) going on all safely distanced this Saturday … speaking of ‘cue, and much closer to home, Stiles Switch BBQ on North Lamar is in the midst of its 12 Days of Smoked Meats celebration, and if you know anything about Stiles Switch you’ll be in line before you finish this sentence. Sweet holy smokin’ Jeebus, those folks do great things with whatever edible animal happens to be your favorite. (Unless it’s, like, echidna or something; don’t be that weird, Austinite.) … We seem to’ve neglected mentioning, a couple weeks ago, that Banger’s Sausage House & Beer Garden over on Rainey Street has unleashed a new menu of sandwiches (grinders, subs, hoagies, heroes – whatever name your U.S.-region-of-origin may have tagged them with), and we love Banger’s so hard, so our face is red with embarrassment, and please tell them we still wanna be buds, if only because all the food they make is so damned good … And, finally and sadly this week, Curcuma, Rachel Musquiz’s food truck of plant-based culinary brilliance is packing it in after four years, and the acclaimed European-inflected Fabi + Rosi restaurant in Tarrytown is also closing (after a succesful 12-year run), and you know these damned ‘ronas were at least partly to blame …

So hang tough for several more months, citizen, safely masked and so on – until we’ve all had a double side-order of vaccine and the world has returned to something vaguely resembling normal.