We’ve Wrangled Up Some More Coffee For You

Five jolts of java you probably don’t want to miss

Not that our previous coffee reportage has gone the way of used grounds, no.

All that stuff we told you about the subscription services, about Third Coast, about Casa Brasil and what happened with Little City, about Ground Zero, about the coffee that’s specifically by and for cyclists – that’s all still good information.

But time has passed – even during this damned pandemic, time has passed – and so we’ve got to tell you about some new things (and remind you of one thing), or else what kind of coffee aficionados would we be? Thus, we’re glad to report: 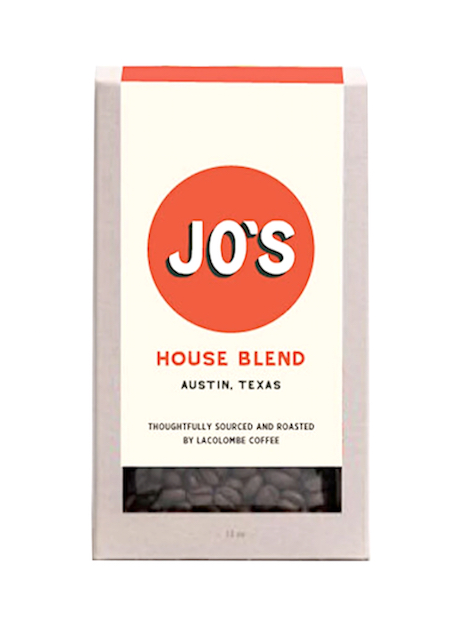 1) JO’S HOUSE BLEND We told you, in a recent Food News Buffet, how the Bunkhouse Group – the hospitality consortium behind locally beloved Jo’s Coffee – has teamed up with international java-and-philanthropy powerhouse La Colombe to create this new house blend that’s now featured in all Bunkhouse properties, right? Well, we’ve finally had a chance to taste the brew ourselves, and we’re giving it a thumb’s up. Unless you prefer those odd, high-acid strains of coffee that are more like someone filtered port wine through Juan Valdez’s jockey shorts, this Jo’s House java is solidly among the cups of flavor and power you’re looking for. And, especially important these days, the signature blend is now available for purchase at www.joscoffeeshop.com and is sold in a 12-ounce retail box available at Jo’s Coffee locations and at select Bunkhouse Group hotel lobby shops. 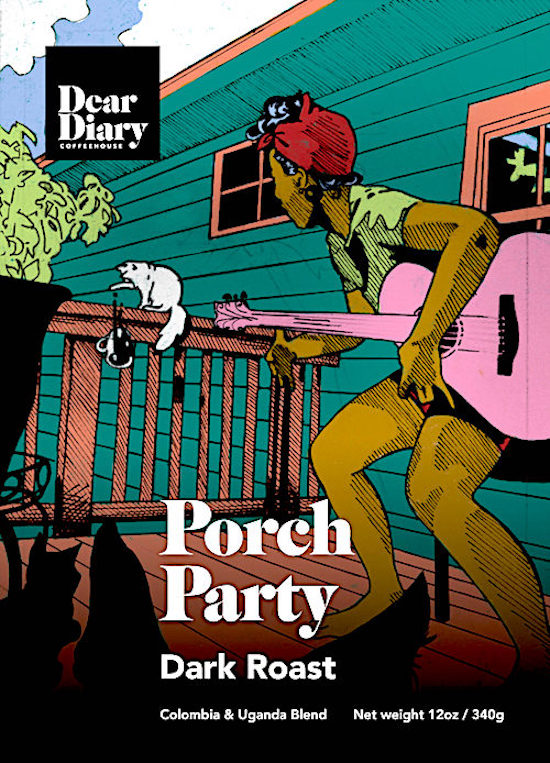 2) DEAR DIARY COFFEEHOUSE It’s no secret that we’re big fans of that delightful vegan coffee joint called Dear Diary, that art-filled haven of heavenly go-juice and tasty snacks and relentless creativity near 12th & Chicon. And now it’s no secret that owners Amalia Litsa and Joshua Adrian have branded up their own private coffee roasts for brewing and selling. But, while the two java entrepreneurs are the crafty epitome of DIY, we’ve never seen any, like, roasting equipment or giant bags of Colombian around their welcoming premises. So, how … ? “We joined a co-op out in Georgetown called Supply,” Litsa tells us. “We're sharing a roaster – oven – with a few other Austin coffee shops. The master roaster – human – is named Shaun. We bought Honduran and Colombian beans from an importer, and we're buying El Salvadoran and Ugandan beans from our co-op roomies.” So we reckon that what was already real good at Dear Diary is only going to get better. And we can only hope there’s some of those daily vegan doughnuts still available by the time we visit … 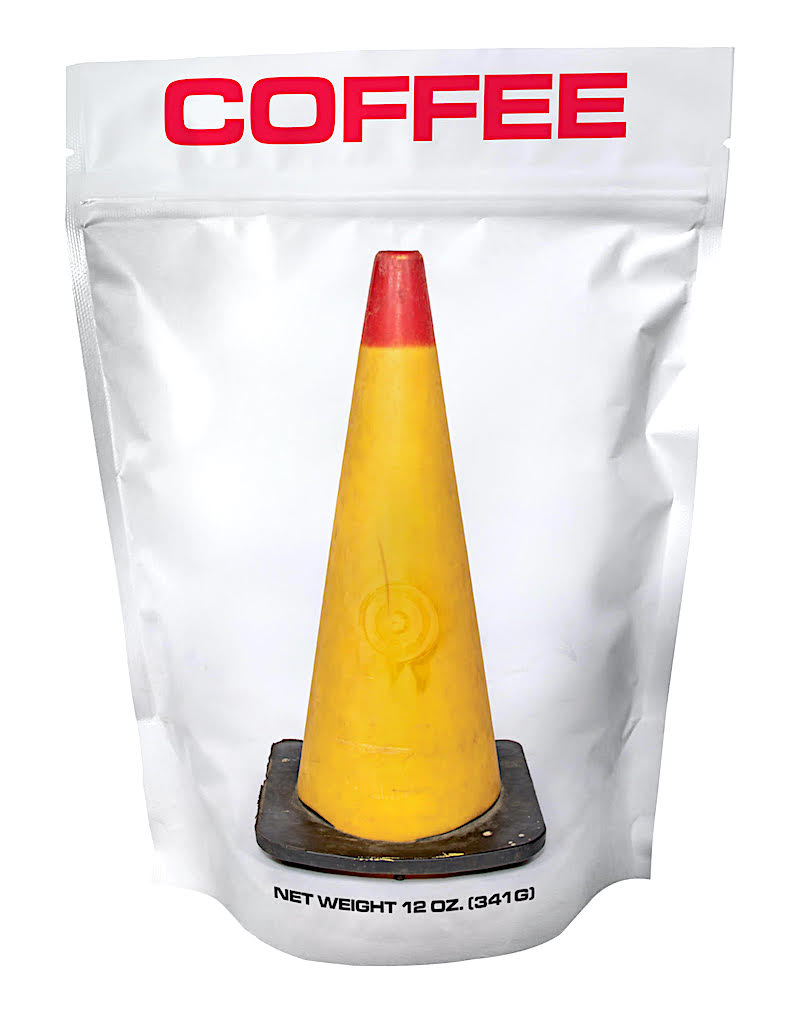 3) JITTERY JOE’S BAND TRIBUTES: PYLON We’re a little late with this news, but we reckon it’ll be valid for a while. What else is valid is how Jittery Joe’s out of Athens, Georgia, has been championing their local bands for years by dedicating coffees to them, and (come to find out, recently, thanks to FedEx shipment) this is some absolutely primo drinkage. J.J.’s latest caffeine excellence debuted on November 6th, to coincide with the release of Pylon’s Box Set. And what did they call this blend? No-brainer: They called it Pylon Buzz. But we’ve also been sampling Kishi Bashi’s Omoiyari and Widespread Panic’s Proving Grounds from these jittery Georgia fiends … and now, even if we head for New York by way of Chicago, there’ll be no sleep ’til Brooklyn. And we will be fucking happy about that, because we’ll get to be wide awake with this amazing coffee taste in our lucky, lucky mouths the whole way there. 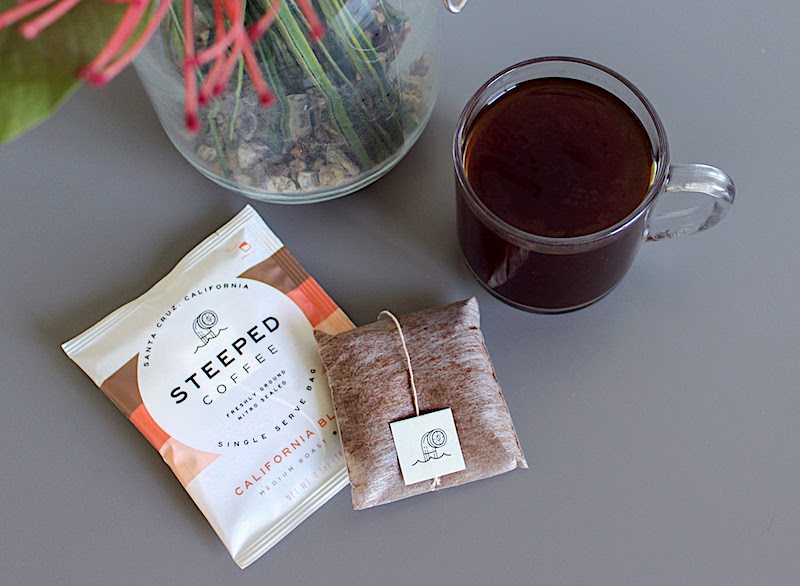 4) STEEPED What if … what if coffee could be brewed in a cup via individual bags? You know, the way tea is? Would that be a Galaxy Mind sort of thing, we'd achieve total java enlightenment, and everybody all over the world would start doing it? We’re inclined to leave that supposition for somebody else’s Keanu memes, but we just had to check out what Steeped, Inc., a certified B Corp out in California, is doing. Because they’re producing hand-roasted, precision-ground coffee in nitro-sealed, single-serve bags that you let steep and do the whole Brownian motion thing in hot water, and – yeah, it’s some good java. Now, tbh, we’ll always be about the drip machine or the French press, ourselves. But, to rant a little here: There are those Keurig things, right, from the third largest beverage company in North America? Those environmentally lousy plastic pods with their various blends and goofy-ass added flavors, their little proprietary extraction machines or whatever, the whole shebang of which you’ll likely find in the waiting room of your neighborhood car-repair shop or the breakrooms of your more benighted workplaces and so on? And it’s bullshit. Call us snobs, but: That’s not coffee, that’s bullshit. We mean, have a little self-respect, people. Steeped, though? Those friendly, convenient filter bags? Our jury is still out on this Steeped, okay? We’re still stretching our wizened habits of tradition here. But it’s definitely not bullshit, and you might want to try the stuff for yourself. And we know you have a discerning coffee sense … so please, srsly, let us know what you think? 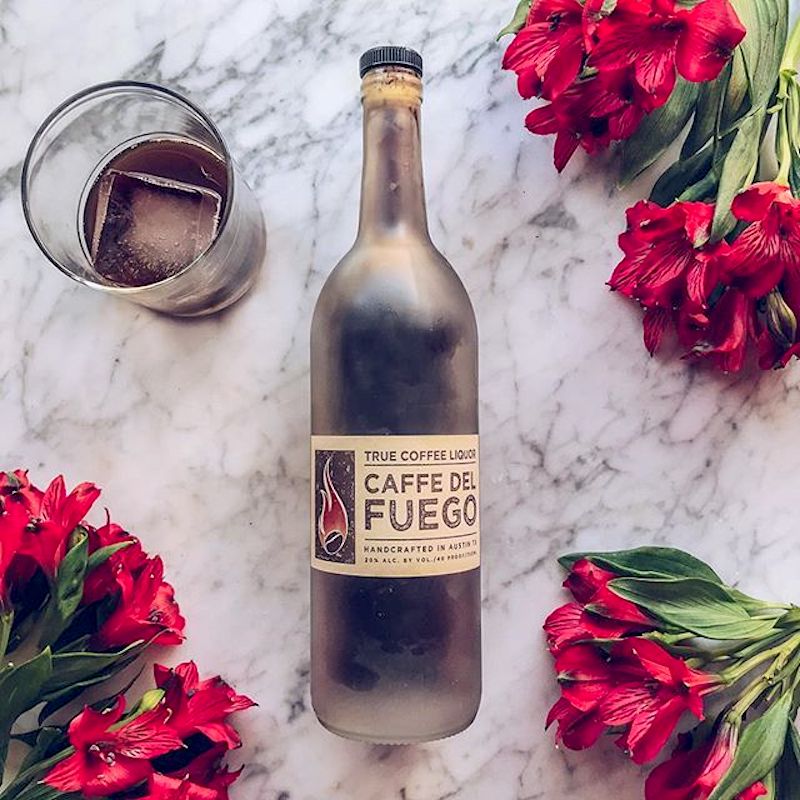 5) CAFFE DEL FUEGO Yeah, this is the item that’s not news in the least. This is the item that’s just a reminder. Like, in case you forgot. Like, the way even the best of us might, every now and then, distracted by all the rest of life, the way we might take a loved one for granted? Because this is certainly the time of year for coffee beverages, and especially for coffee liqueur. Mmmmmmm, coffee liqueur. And Caffe del Fuego from Austin’s own Remington Family Distillers is, we mean, magnitudes better than the usual big-name brands. Because – well, look: Melody Fury told us all about it.

Cheers, then, citizen!
Cheers to you, and watch out for those ’ronas!