Tony C’s Opens on Anderson, Eddie Jackson Joins Beef Loving Texans, Eberly Returns, and What’s This About Sushi Chefs in Your Own Home?

Here’s some of what’s happening in Austin’s culinary scene as the pandemically enhanced dumpster fire of 2020 smolders to its end. Yes, it’s your Food News Buffet for the second week of December – as wrangled from numerous PR releases, official posts, words on the digital street, and even the occasional (verified) IRL eavesdroppings. 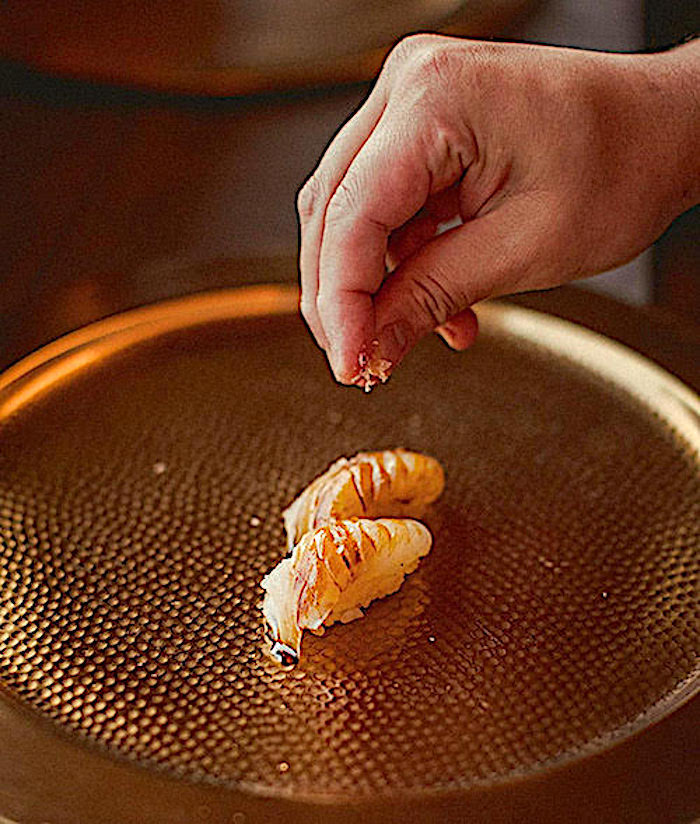 We were there when Tony C’s Pizza & Beer Garden opened up in Round Rock, right in front of Dell Diamond, and we were miiiiiiighty pleased with the pies coming out of those coal-fired ovens, tell you what. (Pizza, sure, but other tasty Italian things, too. Tony C’s lasagne, for instance … as our old friend Mark Fagan would say, “Man, this stuff is off the hook!” We imagine Fagan might blow a gasket over the meaty goodness of the venue’s Grandma Ciola’s Meatballs, too, because they’re so moist and dense with flavor and, oh, just everything you’d want a spicy ball of meat to be.) But – Round Rock? Might as well be Toronto, it’s so damn north, right? Listen: The newest Tony C’s is opening on Anderson Lane! On Thursday, Dec. 17! And then you can go for the food – recommended – or just stop by to spike your Instagram with a selfie in one of those handsome green leather booths they have.

Beef Loving Texans, the friendly media face of the carnivore-forward Texas Beef Council, has named award-winning Food Network chef Eddie Jackson as the brand’s first-ever Chief Recipe Officer. CRO Jackson will create a series of new recipes for Beef Loving Texans and “serve as an ambassador to help promote nutritious, balanced beef dishes.” (As a former cornerback for the NFL, the new ambassador is rather balanced and beefy himself, we daresay.) And – look! – here's the chef's own recipe for Smoked Prime Rib, perfect for your holiday feasting ...

You’ve been weeping, too, right, because Eberly’s been closed for so many months? Rejoice: They’re open again! Chef Jo Chan is in charge, as before, bringing new dishes (for instance: Japanese Milk Rolls with Charred Scallion Butter) to enhance the elegant joint’s menu of beloved classics, and the unique cocktail menu is engineered to complement the history of the 152-year-old Cedar Tavern bar that was transported in pieces from New York City and rebuilt here over eight months. Bonus: pastry chef Sarah Seghi will be making sure your all your meals here can have a perfectly sweet conclusion.

Two local sushi chefs are aiming to bring a brand new omakase model to Austin (and the Hill Country) with their Osome concept, featuring in-home sushi omakase menus, alongside rare sake and Japanese whisky tastings. Chefs Michael Carranza and John Gocong will bring curated menus of offerings from Japanese fish markets together with seasonal Texas ingredients for a unique, intimate experience in the safety of their diners' own homes. Each omakase is between 15-24 courses and features some of the highest quality fish, beef, caviar, and seasonal ingredients that the Lone Star State and the world can provide: Premium fish from Japanese markets Toyosu and Fukuoka, aged fishes, imported beef raised in Miyazaki Prefecture, and Australian bred Wagyu beef. Note: “It don’t come cheap,” as my grandpappy might say were he still alive, “but then, the best things in life rarely do.”

What else? Suerte is continuing its Taquero Tuesday Takeover series on the first Tuesday of every month, with guest chefs putting their own spin on what makes a Suerte taco so delicious … Uncle Nicky’s, that popular (OK: wildly popular) Italian specialty cafe sprung from the kitchen-fired imaginations of the folks who brought us Juniper and Via 313, has opened a second location – in Hotel Eleven on East 11th … La Piscina, the latest from that juggernaut of yum known to mortals as McGuire Moorman, is the new rooftop (and poolside!) restaurant at Austin Proper Hotel, serving up an extensive selection of ceviches, oysters, grilled fish, and Mexican classics in the skyline of West Second … Scholz Garten is hosting Jingle Jam on Friday, Dec. 11, a rockin’ party to which you’re invited to “get dressed up in your ugliest holiday sweater, enjoy live music from the Jingleberries, sip warm drinks, and indulge in a turkey dinner” … you surely already know that the Kamburis Brothers’ Satellite bastion of superlative noms in South Austin now offers catering, too, right? Book 'em while you can … and we can barely keep up just reading about the incredible schedule of classes and tastings and dairy-based-knowledge-opportunities from Antonelli’s this month, so please check ‘em out right here, cheese-lover …