So, Austin got its ass kicked. 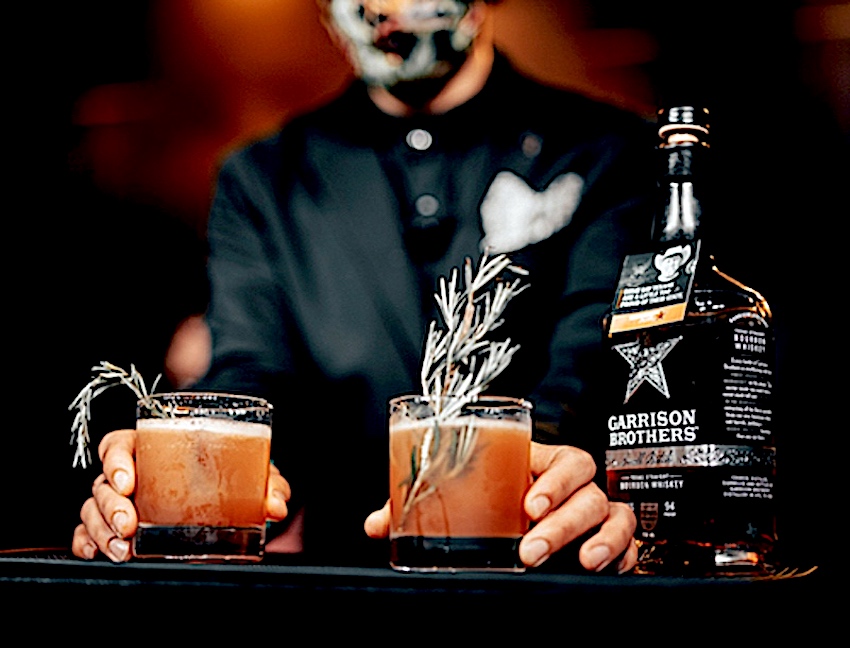 Well, no, it wasn’t as bad as that. And of course it wasn’t only Austin on the receiving end of a boozy trouncing. What it was, see, was that a team of bartenders from San Antonio won Garrison Brothers’ Bourbon Brawl this year.

On Thursday, Nov. 19, 2020, a team of five bartenders from S.A. won $12,500 and the title of Best in Texas, overcoming the fierce and whiskeyed efforts of professional teams from Dallas, Fort Worth, Houston, and our own capital city.

And, as with everything else in existence, the battle played out just a little differently this year. Because the finals of this annual Bourbon Brawl, as run by those purveyors of fine spirits at the first legal whiskey distillery in Texas, it’s usually an in-person kind of event.

The whole deal starts off in February, with would-be bourbon wizards submitting cocktail recipes to Garrison Brothers. Then, an expert panel samples each cocktail and chooses 75 bartenders for the next level. Each of the 75 bartenders’ venues feature their cocktail for two weeks, while the Garrison Brothers team visits each location to judge the cocktail along with the service. After that, they select 25 mixologists, five from each major Texas city, with the five semi-finalists from each city collaborating to create one cocktail that best represents their hometown. And then come the finals, where – usually – a big, bustling crowd of public guests are spectating and voting for the team they think’s got the best cocktail based on that superlative Garrison bourbon.

Because, this being the Year of the Goddamn Coronavirus, the brawl had to go mostly virtual. So each city’s semi-finalists came to Austin for the finals, but only Garrison Brothers staff were in physical attendance. And yet, check it out: The Garrison honchos partnered with Sourced: Craft Cocktails Delivered and sent kits of all five teams' cocktails to registered guests – which allowed those canny tipplers to participate in the final round by tuning-in, tasting each cocktail, and casting their vote.

And that, citizen, is how Austin (and Dallas, Fort Worth, and Houston) got its mixological ass kicked in Bourbon Brawl 2020 – by San Antonio’s indomitable Trinh Quan Huy-Philip, Gladys Estrada, Cruz Gutierrez, Michelle Stephenson, and Johnny Yumol.

Reckon if we have to relay news like that, the least we can do is offer a sort of consolation prize. Doesn’t Conan (the Barbarian, not the latenight host) say something about drinking the blood of one’s enemies? So, how about the recipe for the cocktail that was deemed better than Austin’s M-I-A (Missing In Austin), Dallas’ Snake In My Boot, Fort Worth’s Chisholm Two-Step, and Houston’s Pho-Kit?

Combine all ingredients in mixing tin with ice and shake vigorously. Strain over a single large ice cube into rocks glass. Garnish with a sprig of rosemary.