The state of an Austin beer mainstay

As we crawl towards the finish line of 2020, adaptability has become the mantras for struggling local businesses. No stranger to forced pivots, Black Star Co-Op reached their 10 year anniversary in August. We checked in with Andy Martinec, head brewer and Beer Team Leader, about collaborations during COVID-19, the state of Black Star, and one-off beers. 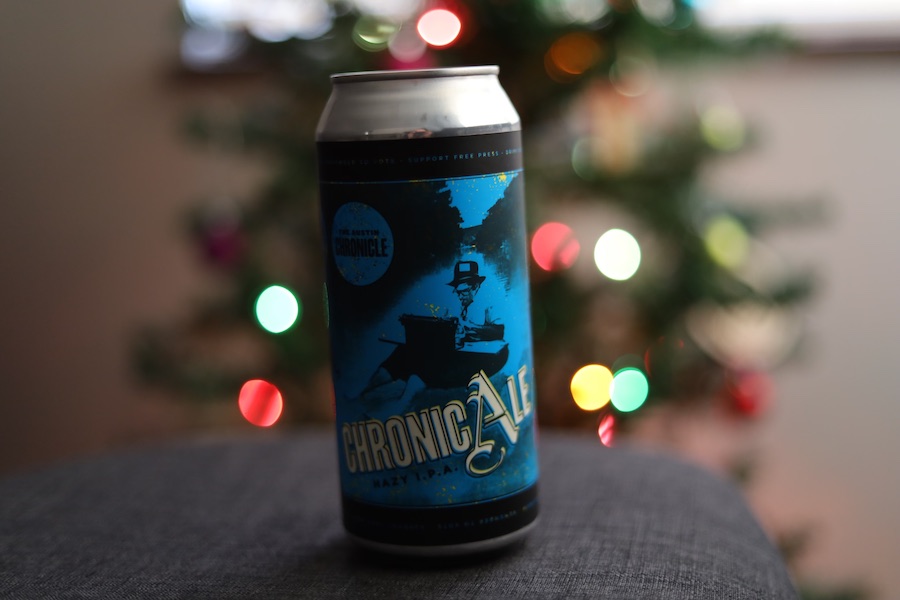 Black Star Co-Op holds a unique place in the Austin beer scene. First, it is a co-operative owned by more than 3,000 different organizations and people. They are a true member-run representative democracy – no electoral college lurking about. Black Star walks the walk of ethical employers: They support livable wages (no tipping required or accepted), local farms, and the community that surrounds them. The co-op is a microcosm of some of those lofty ideals America was founded on in action, and if you’re over 21 you are welcome to join for a fee. Black Star also boasts good pub fare and some damn fine beer. Second, they are a brewpub, a restaurant-brewery that sells most of its beer on the premises. Black Star Co-op is the second oldest of seven brewpubs in Austin proper (Draught House Pub & Brewery is the oldest, in its 51st year).

For an establishment that sells most of its beer on site, the pandemic hit Black Star particularly hard, but their restaurant status allowed them to stay the course at a diminished capacity while many other production breweries and bars remained closed. Production breweries – think Austin Beerworks, Hold Out Brewing Company – were unable to open at all, since they were technically designated as bars. The state fearing devastating financial loss due to closures mobilized the Texas Alcohol and Beverage Commission to tweak extant laws in late August, passing the Emergency Amendments to Rule 33.5: Food and Beverage Certificates, which allowed for some leeway to bars and production breweries as long as some type of food was being served on the premises.

Black Star Co-Op did not have to make any radical changes to their philosophy and co-operative model, but they did have to make some bold changes to the way they did business. Before the pandemic, the brewpub never had an online ordering system, and as to-go business became the only business, for a while, they implemented one, in conjunction with curbside and contactless pick up, as well as the logistics of a canning system to make the former possible. Martinec emphasized that it was, needless to say, “challenging.” These challenges are not unique to Black Star Co-Op Martinec explained; they can be applied in one way or another to every brewery, bar, and restaurant in Austin. 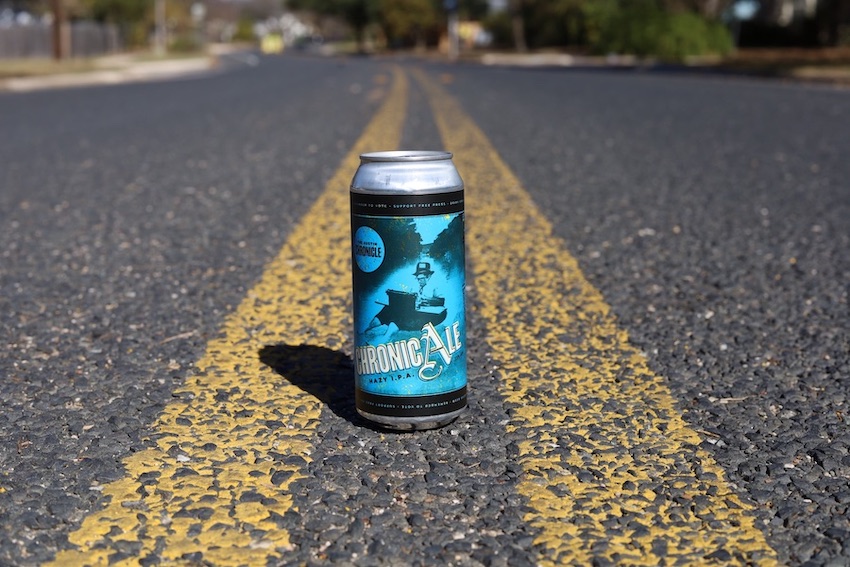 The North Lamar brewpub is a relatively small space where experimentation and collaboration are the lifeblood. “Pretty much every other beer we brew is a one off,” Martinec said. He’s proud of the ChronicAle, the collaborative beer Black Star did with The Austin Chronicle just before the general election in October. Martinec really liked the recipe and hop profile and actually hopes to revisit the hazy-collaboration in the future. “With the Chronicle’s support the beer sold really well,” Martinec added. But alas beer lovers, you will have to wait until they revisit it, because I grabbed the last four-pack while researching this story.

ChronicAle is “brewed and double dry hopped with Azacca, Citra, El Dorado and Strata hops, this beer has big juicy, tropical fruit notes combined with some serious citrus character,” Martinec said via email. “The Austin Chronicle reached out to Black Star when we announced our 10 Year anniversary event to see if there was any way we could collaborate in celebration of this huge milestone. The event was too close at that point to make a beer in time for release, so we decided to focus the collaborative brew around the election,” wrote Martinec.

The collaborative process has been slow moving this year for obvious reasons. Martinec said that they had a collaboration with Zilker Brewing Company in “Top Shelf,” a kettle-sour base, blended with lime juice, tangerine puree and tequila soaked oak. “Top Shelf” came out for Cinco de Mayo inspired by those $1 margaritas at neighboring Fuzzy’s Taco Shop, Martinec wrote in Black Star’s blog.

“COVID has been the biggest shock to the restaurant industry that we have ever seen but we are proud to say we are still hanging in there. It has been a very challenging seven months, but with the support of our member-owners and community buying beer to-go and food on a regular basis we have been able to weather this storm,” Martinec wrote.

Currently, Black Star Co-Op has opened the inside of their building with a very limited four tables, and the patio still remains open also. Martinec and his team have some big hazy double IPAs, robust stouts, and porters in the pipeline for the close of the year. However, the future remains uncertain as Austin-Travis County re-enters stage four, the state recommending that nothing be occupied at over 50% capacity, as cases continue to spike here and throughout the country.

Stay at a safe distance, wear a mask, and even though no one is just starting this journey, fortunately, Godspeed to Black Star Co-Op, brew-pubs, breweries, restaurants, and bars. 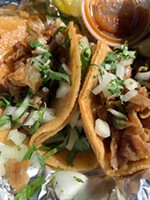