Some Mocktails Are Better Than Others

Yes, “mocktails” – but maybe only as a quicker way of saying festive adult beverages that don’t have any alcohol to them, because that’s what these are.

“Festive,” because these are just the sort of drinks you’d imbibe at a party.

“Adult,” because these aren’t the overly sweet sodas and juices one tends to find among the jejune small-fry whose drinking habits help to fuel multibillion-dollar sugar-water corporations.

And “beverages,” because – well, you know what “beverages” means; if you were stupid, you wouldn’t be reading this article. Especially because you’re smart enough to want, either as a rule or an occasional diversion, a festive adult beverage that doesn’t get you drunk or buzzed or anything other than joyful for such liquid-borne goodness in this fucked-up world. And, citizen, we’ve got three doozies to recommend to you: 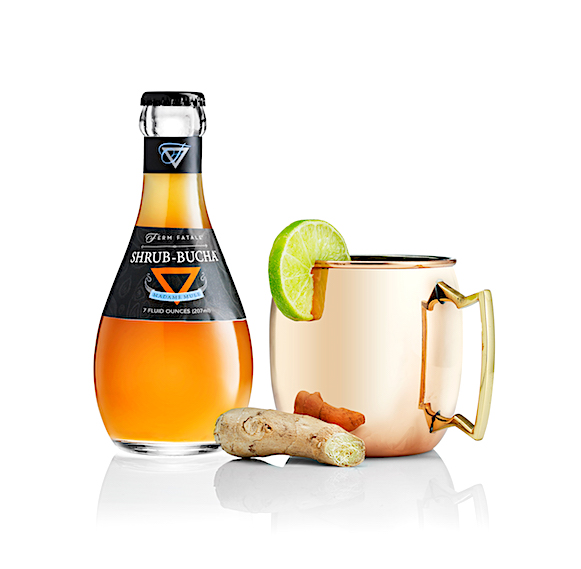 1. FERM FATALE’S SHRUB-BUCHA Maybe you’re not a student of beverage history, so we’ll remind you that a shrub is a cocktail or soft drink made by mixing a vinegared syrup with spirits, water, or carbonated water. And, if you live in Austin, you probably already know that kombucha is a fermented, lightly effervescent tea drink often consumed for its putative health benefits. Well, now. This Shrub-Bucha is a completely nonalcoholic combination of the two – a fermented, organic, probiotic beverage that comes in classic cocktail flavors. And while it may seem, what, a bit too vinegary, at first? For those of us accustomed to drinking nothing but White Russians or Pink Squirrels, say? If you enjoy shrubs or kombucha in general, though, these Ferm Fatale concoctions will kick your taste buds’ ass in a most pleasurable fashion. They’re created by a former medium and mortician who lives in California’s Venice Beach – no, seriously – and four flavors are available, so far: Nojito, Margarita, Madame Mule, and Cosmopolitan. Here’s to your health, is how we’d offer a toast with this brand – here’s to your more sophisticated health. 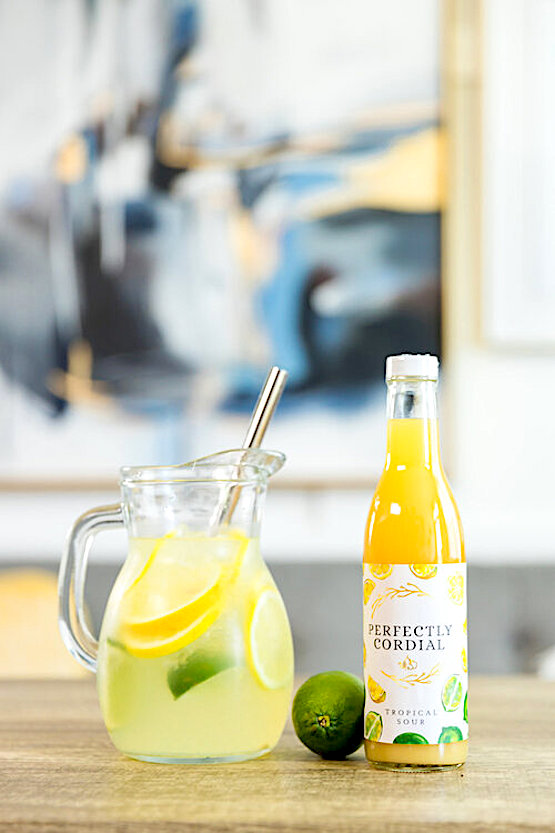 2. PERFECTLY CORDIAL We mentioned “overly sweet juices” in the intro paragraphs, didn’t we? For instance, that whole “fusion” trend in soft drinks during the Nineties – remember? All those crowded convenience-store cooler shelves, all that garish labeling? Now imagine if some of those juvenile tipples – at least the more exotic ones – grew up, went to college, and got a PhD in Serious, Unsugared Flavor from MIT. That’s what this stuff is, so to speak, and it’s about goddamn time. You'll consume these delights straight up, if you can tolerate mouthfuls of intense flavor-power coursing over your tongue and down your gullet; or you can mix ‘em with a little water or seltzer and relax into a better world where beverages could be worth their weight in gold or spiritual enlightenment. Listen: Jalapeño Mint Sour … Caramelized Pineapple & Coconut Water … and Tropical Sour. We tried all three of these fresh-outta-Nashville drinks this past coronavirus summer, and each of them made us swoon. Please, give ‘em a try: We love it when strangers feel gratitude toward us.

Note: The labels of the Perfectly Cordial products? (You know we’re a touch obsessed with the graphic design of beverages, right?) The labels are perfectly fine. They look like they’d fit right in, beautifully, on the table of some officer of the Dutch East India Company, back in the day. But the visual impact isn’t as … as, um, badass? … as the packaging design of another cordial company. Which we only mention here because that other company’s drinks are at least as good as the Perfectly ones – which is a surprise, tell you what; because, at this level of excellence, how? – and that other company is our final recommendation for this post: 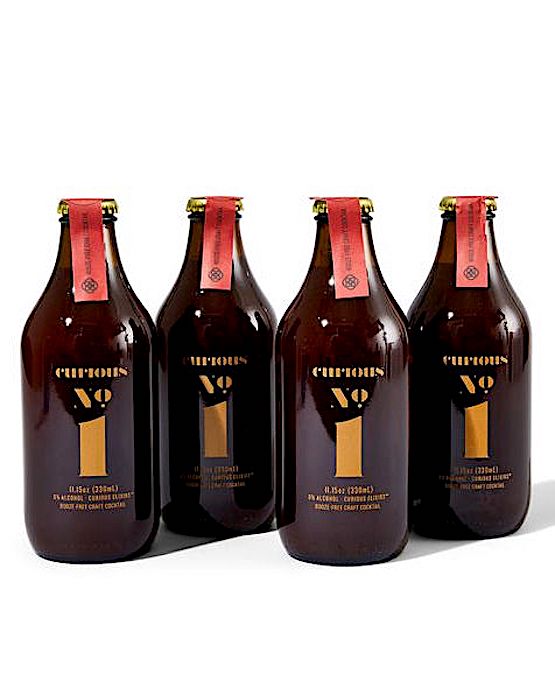 3. CURIOUS ELIXIRS Ye gods and little nudibranchs, this is some kinda drinkable! These guys look good, they sound good (their slogan is “Shaken, not Slurred”), and the taste is, ah, see above. It’s superb. It’s not oh-this-might-taste-like-a-real-cocktail-if-it-had-some-alcohol-to-it, but holy-shit-why-bother-drinking-any-other-thing-ever? These Elixirs come from the Hudson River Valley in upstate New York and not some angelic laboratory in the more flavor-forward boondocks of Heaven? Amazing. And, no, they’re not brought to your door by teams of wing-footed seraphim, but one of this country’s delivery systems will transport whatever you care to order. Elixir No. 1, with its Negroni-like bitter complexity; No. 2, redolent of a pineapple-infused Dark ’n Stormy; No. 3’s refreshing lightness of cucumber, lemon, orange blossom, and, ah, ashwagandha; the bold blood-orange Aperolishness of the Elixir No. 4 … and there’s a new one, too – No. 5, duh – which we’ve yet to try. So maybe you let us know how that latest matches up with the rest of this company of glory? Thank you.

BONUS TIP: You’ll probably want to snack on a thing or two while you’re sipping these sober-friendly wonderments. Maybe it’s time to eschew the usual dull bowl o’ nuts for, hey, a better bag of nuts? We’re talking about those Daily Crunch sprouted almonds from Diane’s Kitchen. They come in a variety of flavors – and one plain version – but the kind we’d recommend most highly is the “Golden Goodness” almonds that are dusted with turmeric and sea salt. Remember a while back, when turmeric became the latest foodie-bandwagon spice craze, to the point where you rolled your eyes before the third syllable of the word could be voiced? Tell you what: The flavor here totally validates the hype. Mmmmmmm, they're so good. Now, if only Diane’s Kitchen would do the same thing with cashews, too …