Table22’s Subscriptions Are Helping Restaurants Do More Than Survive

The coronavirus is spiking everywhere in these United States and restaurants are struggling to endure further lockdowns. What eventually comes of all this, well, only someone with crystal balls might know the answer. 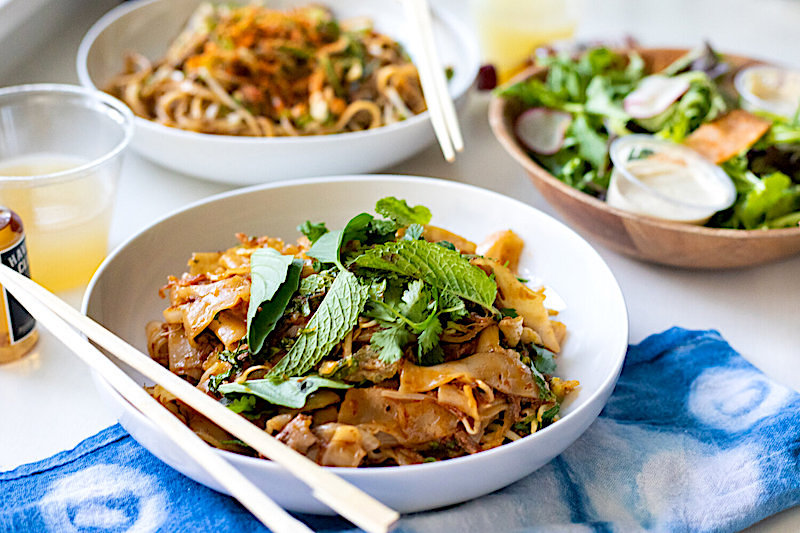 Who uses Table22? The Peached Tortilla, for one.

Still, many restaurants in this town are at least surviving, and some of them are surviving in no small part due to Table22 and its suite of subscription tools.

[Note: That’s Table22, citizen, not Tumble 22. The latter is that excellent hot-chicken joint we recently reported on, of course.]

Which local restaurants are benefiting from this eatery-focused and ass-saving software? L’Oca d’Oro. Amy’s Ice Creams. Lucky Robot. The Peached Tortilla. Foodheads. El Alma. Colleen’s Kitchen. And more, yes, as the Table22 team guides their clients in setting up menus and making sure all the transactions, the payments and integrations, are taken care of automatically. Because owners and chefs? Especially in These Troubled Times™, they’ve got more important things to deal with than the constant multitasking minutiae of mailing lists and spreadsheets.

And it does seem to be working, this Table22 deal. We recently told you about how L’Oca d’Oro had gone to a subscription model to bring their authentic Italian cuisine to a clamoring public, right? Come to find out, chef Fiore Tedesco and Adam Orman’s acclaimed venue brought in an, oh, let’s say pleasantly surprising amount of annual subscription revenue in less than 72 hours on the platform they use. Which is: Table22.

On average, we’re told, restaurants using Table22 reap a 30% profit margin after the company’s 10-percent-plus-processing-fees are accommodated – and growth for most restaurants is 25% monthly. So, with numbers that impressive … and with the current situation being what it is … and because we’re always interested in the human angle of things … we had to ask.

Like Butch Cassidy and the Sundance Kid in the 1969 George Roy Hill film of the same name, we had to ask, “Who are these guys?”

Sure, but, in the Before Times, weren’t this same crew running some kind of real estate marketplace? Figured we’d better ask company founder Sam Bernstein how all this food-forward focus came to be …

“Our business was totally upended by the pandemic,” says Bernstein, on the phone from New York. “We found ourselves in the same sort of position that many of the restaurants found themselves in: We woke up one day and our entire market had dried up. I had a frank conversation with our board and our team, where I laid out a pretty bleak assessment of what our prospects looked like in this new world. So we made a decision to kind of lean-up the team and tend to the business.”

Okay, that’s a sadly familiar scene playing out across these beleaguered United States and much of the world, isn’t it? Sign of the goddamn times. But – why restaurants, man?

“I think we made the decision partly because I’m really food-obsessive,” says Bernstein. “I’m someone who was building a real estate company so I could spend all my discretionary income on dining.” He chuckles, but you can tell he’s not half joking. “So, we decided that what we wanted to do was use our analytical rigor and our software and the superstars that we have on our team, use that to help businesses or consumers that had been similarly affected. So we got really excited about how do we make more dollars flow into our favorite hospitality businesses? How do we take a particular brand of hospitality experience and the magic of dining and bring it outside the four physical walls in a way that’s more substantive and connected and emotional than just food-in-a-box, takeout-and-delivery?”

The answer – and there were more questions, reader, which Bernstein generously supplied; but this is not the Austin Business Journal, after all, where such palaver about facilitating core models and leveraging known connections is better showcased; and you’re possibly already like, “TL;DR, bro,” so – the answer to all of that was what eventually (although a rather quick eventually) became Table22.

So, cheers. Because, as noted above, it certainly seems to be working. But, still – why Austin?

“When we were getting the last business, the real estate marketplace, off the ground,” says Bernstein, “I lived in Austin. Texas was an area where a lot of building renters were using software across different markets, housing markets, college campuses, so we’d built out a second office in Austin, and it’s where our restaurant service is based today. Our first restaurant partnership – our first, ah, guinea pig – was Bento Picnic on the Eastside. So we have this deep connection, and Texas is still our biggest state today – across Houston, Dallas, San Antonio, and Austin. We can't escape Texas.”

And maybe – by tugging solo on their proverbial bootstraps, or by struggling together as a community, or by getting assistance from the likes of Sam Bernstein and his Table22 team – maybe some of our favorite dining places won’t need to escape Texas either. Which would be great – because we’re here for the long haul, ourselves, you know? And we, eating as we go, are all in this together.

Table22, Restaurant subscriptions, Coding our way out of this lousy pandemic