Here’s your Food News Buffet for the third week of November in this Year of COVID-19, culled from numerous PR releases, official posts, words on the digital street, and even the occasional (verified) IRL eavesdroppings. 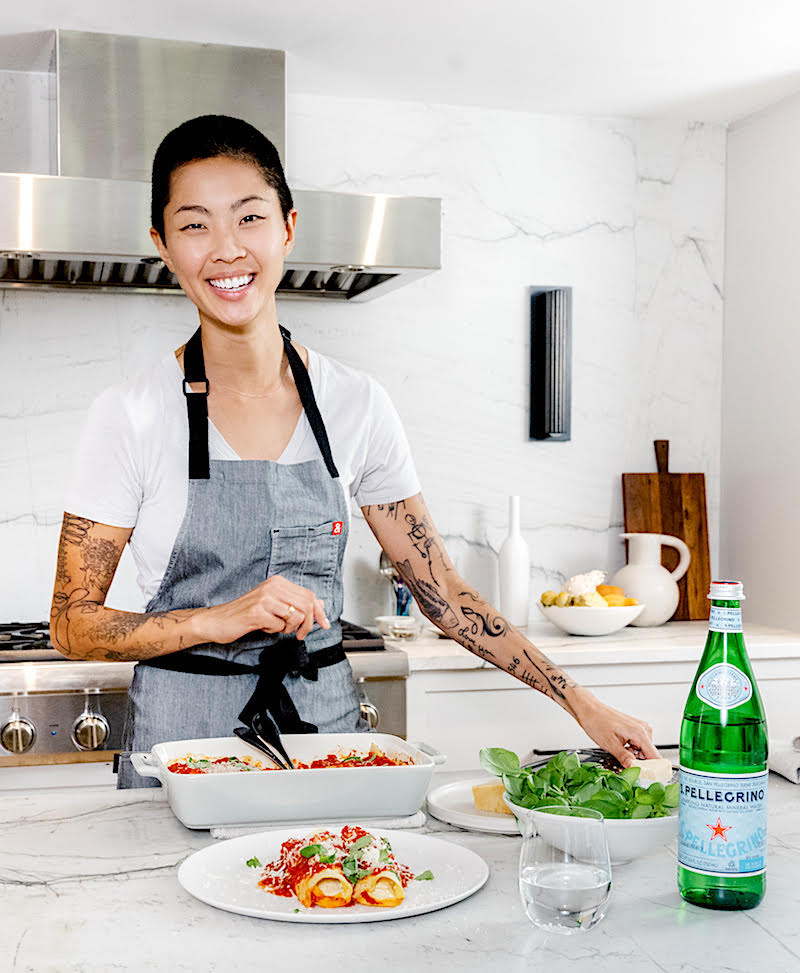 OK, bad news first, who’s recently closed permanently? That nigh-on legendary location of Counter Cafe (on North Lamar, right across from BookPeople) is shuttered and out; but two other locations remain (at 503 W. 29th and 914 E. Sixth) to serve up classic diner breakfasts all day long. And the Second Bar + Kitchen’s Downtown venue has also gone dodo, though the upscale eatery’s outposts in the Domain and at the airport remain (as of press time, and relatively) strong. Also, longtime pizza-and-pasta purveyors Brick Oven are being pushed out of their Arboretum space, their last remaining location, to make way for an expanding H-E-B. Not everything can be blamed on That Darn Virus™, after all.

Kristen Kish of Arlo Grey in the elegant Line hotel has joined with S.Pellegrino (yes, that sparkling mineral water company with the iconic bottles) to produce a series of Friendsgiving videos – Our Food, Our Stories – in which the acclaimed chef will be cooking her friends' and family's most meaningful holiday recipes with her own personal twist. There’ll be a dedicated Amazon storefront, so viewers can shop through the entire recipe collection and cook along with Kish at home. There will also be three chances for viewers to win a 30-minute consultation with Kish, a $500 Amazon giftcard, a 10-piece set of All-Clad Stainless Steel cookware, and a signed copy of Kristen Kish Cooking: Recipes and Techniques. Oh, and an array of S.Pellegrino products, too. Note: You can enter (through Nov. 29) by sharing an important Thanksgiving recipe, memory, or tradition via Facebook, Instagram, or Twitter – and tagging S.Pellegrino – and using #OurFoodOurStories #Sweepstakes.

And you already know about the Island Thyme Grill that’s opened on the northern part of the Drag (2915 Guadalupe, to be precise), right? That Caribbean-inspired concept from brothers Michael and Patrick Butigian, where the food’s served up (or ready for delivery or takeout) in what they’re glad to say is an Instagram-worthy dining environment? OK, then, we’re good.

Jam Sanitchat of Thai Fresh fame has opened a new Eastside joint (at 1512 Holly) called Gati, a place that’s "a coffee shop in the morning and coconut-milk-based ice cream by day and night." That’s a coffee shop with breakfast options, too, yes – empanadas, quiches, pastries, and so on – in addition to Sanitchat’s astonishing array of ice cream flavors. Astonishing? Well, there are 16 rotating housemade ice creams, and among them are Golden Milk (made with palm sugar), Lavender Caramel, Purple Sweet Potato, Thai Basil, Tamarind Candy, and – oh, we’ll just stop there. You get the idea and are probably halfway out the door by now.

Violet Crown Spirits – the intrepid alchemists who distill Emerald, the Lone Star State’s first (and highly lauded) absinthe – have finally released their Wildflower Trio, a fine package that features all three of their botanical liqueurs in 200mL bottles: Jasmine, Elderflower, and Midnight Marigold. This is a perfect way to sample Violet Crown’s heady wares, to enjoy the fresh and floral facets of Texas terroir, but we should post a warning here: That Jasmine, in particular, with its bold notes of green tea, black tea, and honey? Just a sip or two, and it’ll hook even purported abstainers – srsly, just ask Brenner’s wife.

Speaking of alcohol, Wine for the People’s ebullient founder, the sommelier Rae Wilson, is soon to release her third label: La Valentía, a 100% Texas expression of viticulture, inaugurating with a Carignan blend and a sparkling Chenin Blanc. You’ll be able to get it via that wine club, of course, but also there’ll be a debut at the forthcoming joint tasting room with C.L. Butaud winery.

And you are aware, yes, that the Chron’s indefatigable Eric Puga has released his ranking of the Top 20 Breweries in Austin? But – do you agree with his choices?

As if Austin’s Bao’d Up wasn’t already the relentless boba tea champion of this town, the Chinese comfort-food powerhouse has released its new, expanded Bubble House line of drinks at three of their four locations. And, in a more holiday-specific move, they’re now offering family packs of delicious turkey-and-potato bao for your most convenient Thanksgiving feasting.

Speaking of Asian cuisine, let’s note that Shanghai Chinese Restaurant at 6718 Middle Fiskville Road has instituted contactless ordering for its dine-in service, so if you’re actually venturing out these days, this’ll be a somewhat safer way to do it – and they’ll be open on Thanksgiving, Christmas eve, and Christmas day, of course.

Oh, and Moontower Ciders at 1916 Tillery? The apple-forward brewery’s opened a coffee shop on those cideriffic premises, with Marshall Walker in charge and offering cold brew and espresso drinks on Fridays and Saturdays, 8am-3pm – and on Sundays, from 8am-1pm, too – making sure you’ll be well caffeinated by the time the taproom opens for quaffing of a different sort. And their beans come from Figure 8 Coffee and their dairy is by Mill-King Creamery? So much yum! You know, in the midst of everything else that’s going on, the idea that there’s more good coffee and cider to be enjoyed in this town? It makes a plague-beleaguered citizen smile. Much like the news that Dear Diary Coffeehouse, that beloved vegan stronghold of java and art near 12th & Chicon, has started roasting its own beans. Damn, Litsa and Josh, way to go!

Now bon appétit, y’all, and watch out for those ‘ronas …