Here’s your weekly Food News Buffet for the second week of November, culled from numerous PR releases, official posts, words on the digital street, and even the occasional (verified) IRL eavesdroppings. 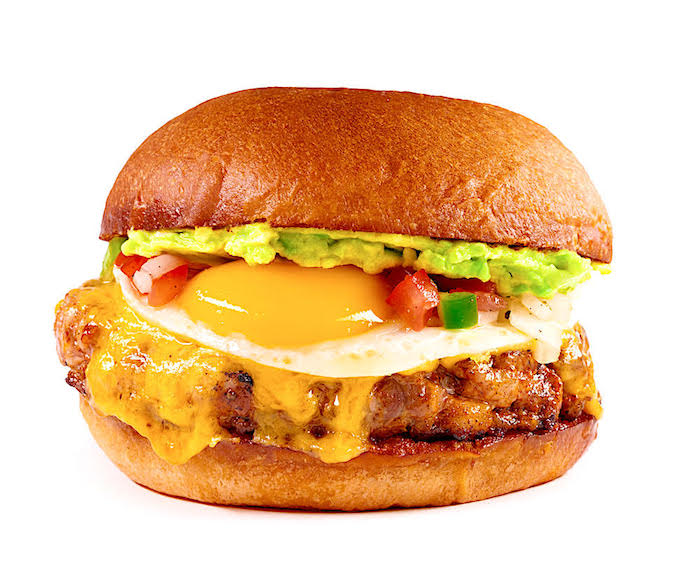 The basic act of peristalsis just got a whole lot easier – because the Biden/Harris campaign achieved its valiant goal, and soon, for the first time in years, we’ll be able to look in the general direction of the White House without projectile vomiting. Meanwhile, those damned ’ronas are having a field day and a half right now, so y’all be extra careful out there, please?

And, before we head to the good news, let’s note with sorrow that Snap Kitchen has shuttered its Avery Ranch location; and, while Jesse Griffiths’ Dai Due is still going strong, their taqueria outpost in Downtown’s Fareground is now gone, baby, gone.

Not to pique your foamy FOMO, but this Friday is when the Texas Craft Brewers Festival unveils its virtual celebration of beermonger wonders with many looks-behind-the-scenes and more … and Saturday brings Les Dames d’Escoffier Austin’s much-anticipated Holiday Bake Sale to four wideflung locations around town. And Desert Door Sotol, purveyor of distilled native spirits (in much-loved packaging), celebrates its third anniversary out in Driftwood with a family-style pig roast and more from Sonya Cote’s acclaimed Eden West. That’s happening this Sunday, and the brunch features live music from Jonathan Terrell

Those mighty magisters of meat at Salt & Time have unleashed a new menu called The Butcher’s Burger, featuring big handcrafted patties in an array of beyond-the-ordinary flavor profiles, and they’ll be doing the usual pandemic delivery-only action with it, BUT: If this canny shift works well with a burger-hungry public (lubricated by Salt & Time’s new liquor license), eventually that menu will be housed within its own bricks-and-mortar venue for Austin’s discerning carnivores to gather at. We say: Hurry up, coronavirus, get the hell outta Dodge.

Ivan and Molly Mills of Austin’s Vanilla Orchid Catering are kind of doing for chicken salad what Baskin-Robbins did for ice cream back in the day. No, the husband-and-wife team aren’t franchising themselves across the national foodiescape, and they don’t have 31-derful flavors – but they’ve turned their part of a ghost kitchen on Burnet Road into The Chicken Salad Shoppe. (Yes, s-h-o-p-p-e, so we love them already.) And they’re specializing in that familiar chickeny deliciousness, but supercharging the regular recipes with, for instance, bourbon peaches, barbecue pecans, bacon, and jalapeño jelly. Or there’s a spicy Thai peanut bánh mì version. And one with bacon, lettuce, tomato, and avocado, too. And even more. But – don’t despair, old-schoolers – there’s also Mee-Maw’s Classic, with just grilled chicken, mayo, mustard, and herbs. And all of it is available as sammiches or wraps or composed salads, or in bulk containers for your spreading convenience. Bonus: They’ve got incredible Texas-Sized Monster Cookies that are half a pound each. (Tiff’s Treats, you better watch your ass, even though your new food truck is super impressive.)

Much as Circle Brewing Company near the imminent Austin FC stadium boasts the seafood brilliance of that Huckleberry food truck in its parking lot; and much as Independence Brewing is the sudsy setting for the gem called Killa Wasi; so have the arts-forward crafters of 4th Tap Brewing joined forces with SXSE Food Co, which means we can tap into that 4th Tap while enjoying the fusions of Southern American and Southeast Asian flavors that chef Bob Somsith dishes up – and you know SXSE won Austin’s 2019 Trucklandia competition, right?

The fabulous La Patisserie macaron and pastry boutique is turning 10 this month and both locations are celebrating with gifts for you – daily specials that can be redeemed in-store, from Nov. 14-23. (Note, dear reader: If any of those specials happen to be an espresso-cream macaron? Please, FFS, save one for us.) If those dates sound familiar, it’s because they’re almost the same timeframe as the Austin Studio Tour from Big Medium. And if you’re craving art as well as food, or vice versa, we recommend getting dinner at Oseyo on Cesar Chavez, where the modern Asian delicacies you can enjoy in the courtyard lounge are at least the equal of the stunning works in the expanded gallery. Owner Lynn Miller’s made sure that comfort and elegance work together to provide a fine setting for chef Mike Diaz’s mouthwatering takes on traditional Korean cuisine and, oh, we’re just jonesing for another of those soju-inflected Korea Town cocktails.

Meanwhile, in West(ish) Austin, that upscale breakfast-lunch-and-dinner chain called Another Broken Egg Cafe gets its first Austin location on Mon., Nov. 16, where they’ll be serving up an array of Southern-inspired dishes like Cinnamon Roll French Toast, Crab Cake Benedict, Shrimp ’n’ Grits, and more among the artfully distressed wood and wrought iron – accompanied by all sorts of cocktails, of course – and they’ve got a dog-friendly outside patio, too. Local entrepreneurs Nathan and Lianne Straathof enjoyed the concept so much in other cities, they decided to open one right in their Mesa Trails neighborhood, see, and – excuse us, we’ll tell you more after we finish this excellent Lemon Blueberry Mimosa …

Meanwhile, closer to Downtown, Summer House on Music Lane is the new full-service restaurant at SoCo’s Hotel Magdalena that’s opened under the talented, Launderette-honed kitchen hand of chef Jeffrey Hundelt. The maestro will be highlighting ingredients at their peak in season, featuring bold flavors and live-fire cooking focused on grilled local meats and vegetables. But, tbh, we were already making reservations as soon as we saw Caramelized Scallops with Mushroom Bacon Gravy and Grits on the menu. Oh my. Oh, oh, oh my …

Okay, now, y’all – bon appétit, and watch out for those ‘ronas!