Whiskey A-Go-Go for Your Weekend and Beyond

That’s whiskey in particular, yes – not Tito’s and the rest of the happy vodka crowd, not Dulce Vida tequila and its estimable ilk, and so on. Everything in its right place, as Radiohead reminds us, and right now we’re on amber alert. 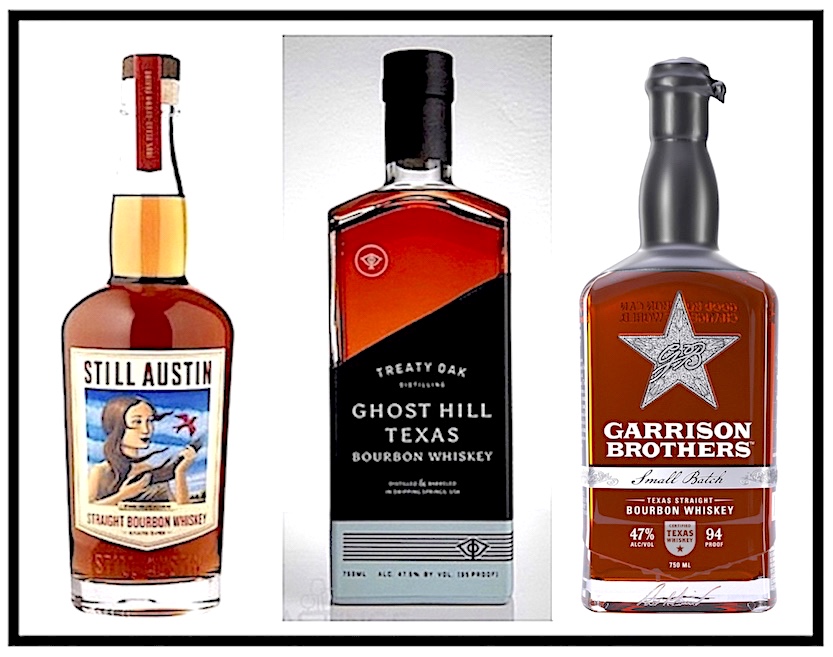 Here's to a beautiful weekend.

And that’s three, because they’ve been our favorites for a while, and because, with all this pandemic shit to deal with for so long, and the national election antics we’re pretty much held media captive by at this point, we’ve been indulging ourselves a skoshie more frequently, a tad more prodigiously, lately, you know? And they’re still our favorites.

STILL AUSTIN Their straight bourbon whiskey, made from Texas grains and oak-aged for at least two years, is close to our hearts geographically – the unique 42-foot-tall still that creates this finest of fluids works its alchemical might at the Still Austin HQ just off St. Elmo Road – and it's even closer to the hearts of our palates, a supersmooth revelation of homegrown, spirited potency. And it doesn’t hurt at all, as you watch the whiskey level diminish bit by bit with each refreshing drink, to rest your eyes upon the bottle’s gorgeous music-inspired label designed by Texas State Artist Marc Burckhardt. (We’d tell you the Still’s also got a gin, now, too – but we’re not talking about gin, are we?)

TREATY OAK DISTILLING Full disclosure: We’re a little biased here. We’re a little biased, because we’ve been to the Treaty Oak compound out in the reclaimed ranchlands of Driftwood and we’re still tingling from having experienced that outpost of heaven, with its various imbibing stations and Whiskey Lab and BBQ-forward Alice’s Restaurant and live music gigs and – yeah, we were and remain venue-smitten. Although, tbh, we could’ve encountered any of Treaty Oak’s superlative whiskeys in a crumbling Greenwich Village dive bar and the well-crafted impact of those spirits would’ve made us imagine that it came from somewhere exactly like the paradise that Daniel Barnes and company have created in the Hill Country. And which will you choose to slake your thirst, whiskey-lover? Will it be the Distillery’s own Ghost Hill bourbon expression? Their Red Handed two-year-old sourced from Kentucky? What about that ten-year-old Schenley Reserved Rye straight outta Canada? Oh, sweet baby Jesus, if only such decisions were the most difficult we ever had to make. (We’d mention Treaty Oak’s gin offshoot, too – the sterling Waterloo Gin line – but we’re not talking about gin, are we?)

GARRISON BROTHERS We’ve yet to visit the Garrison spread out there in Hye country, but the compelling place and its informative tours are on our list. We have, though, enjoyed – greatly enjoyed – the whiskeys those Texas wizards of spirit distilling have released. Their small batch bourbon, the single-barrel expression, the uncut and unfiltered Cowboy bottles, that new, very friendly Honeydew honey-infused tipple … We don’t have enough of an educated palate (yet!) to tell you that they provide the never-equaled best of our three favorite locals – and that designation can depend on the drinker’s mood at the time, what particular nuances they might be craving right then, and so on, hey? – but we do know who to ask: The professionals. And while visiting the Jack Allen’s Kitchen off Capital of Texas Highway in the Before Times (for this article), we saw a small array of whiskeys on their liquor-crowded shelves behind the bar. And there were the big international brands, of course, but also (as is JAK’s honorable modus operandi) a solid representation of local whiskeys. So we asked the bartender which one was her personal favorite, or was it too close to call? And she (whose name has been lost among our copious notes) was like, “No – that’s easy. It’s Garrison Brothers.” “Okay, not just local whiskeys,” we clarified, eyeing the Jack Daniels and the Scottish imports and so on, “but of all these brands?” “Yeah,” she said with a smile, “Garrison.” (Surprise: These whiskey-focused fellers don’t do gin. Check the above two distillers instead, you juniper-berry fiend.) 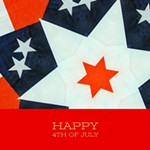