Here’s your weekly Food News Buffet for the final week of October, culled from numerous PR releases, official posts, words on the digital street, and even the occasional (verified) IRL eavesdroppings. 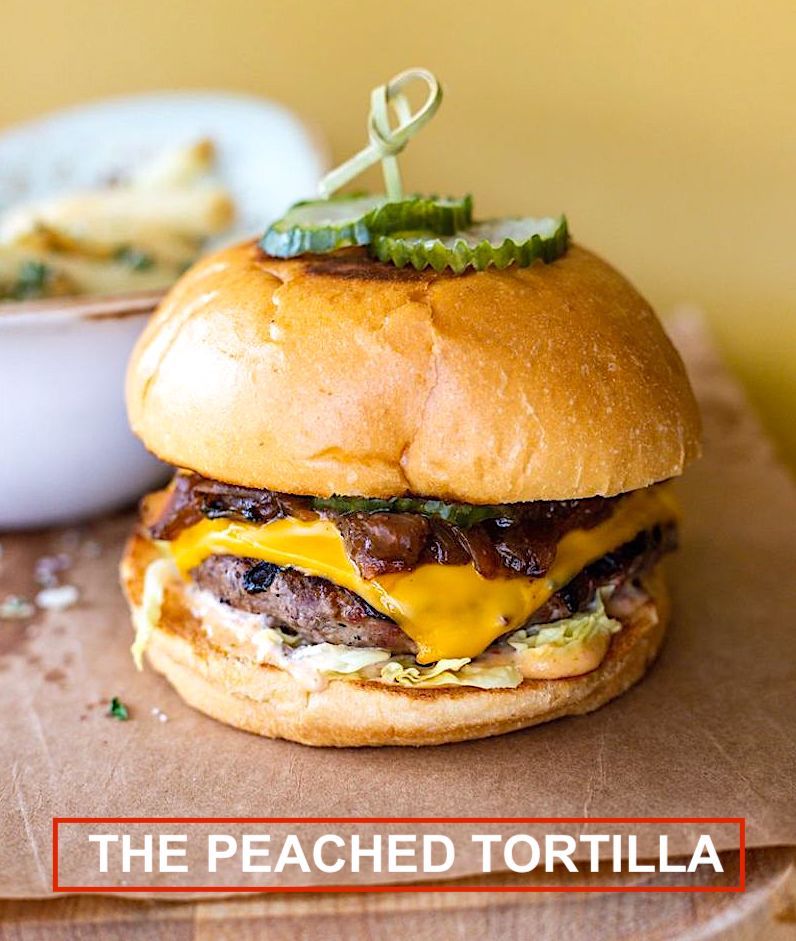 No, we won't have to drive to Idaho now, that's not what this means.

Reminder! Because there’s still time left to vote! Look: Through Nov. 3, both locations of Home Slice Pizza are offering a free slice to any guest who shows up to the window wearing an "I voted" sticker … and you can exchange your “I voted” sticker for a free boba milk tea at 101 by Tea Haus (they’re at 6929 Airport and 10815 FM-2222), also through Nov. 3 … and in that same time frame, all locations of Bao’d Up are adding a free, donut-inspired “baonut” (a fried, sugary & cinnamony treat, embossed with the word VOTE) to every order. Mmmmm – tasty, tasty democracy.

Arlo Grey, that elegant restaurant run by chef Kristen Kish in the LINE Austin hotel, has re-opened and is offering an array of old favorites – the Peeler Ranch burger, their crab-enhanced Crispy Rice, and the sumptuous Mafaldini pasta, among others – and new dishes (oooh, that cacio e pepe) alike. Drinkswise, we’re recommending the Beyond The Rainbow cocktail, a new twist on an Old Fashioned, made with that Longbranch bourbon a certain McConaughey is in cahoots with, and each BTR you order sends a $3 donation to Austin’s Out Youth. Note: the dining room’s been upgraded as an indoor garden with safely distanced seating and proper pandemic protocols.

Hotel Ella’s got you covered for the Texas v. OSU Game Day on Saturday, Oct. 31, starting at 2:30pm, staging a festive picnic on their manicured lawn for an outdoor viewing of the action – with picnic lunches, drinks, and candied apples. Plenty of space for you and your crew (or family) (or polycule) (or coven) to spread out, so bring your masks, lawn chairs, picnic blankets, and plenty of Longhorn spirit. Note: UT gear and Halloween costumes are highly encouraged.

Out where the Texas Hill Country begins, that chunk of heaven known to whiskey-loving mortals as Treaty Oak Distilling has supercharged the already impressive offerings of Alice’s Restaurant by hiring two new barbecue team members – Valentina’s alumni Elias Vidal and Alfonso Flores – who’ve collaborated with pitmaster Scott Fogle to create the venue’s winter menu. You know how good Treaty Oak’s whiskey is? That whole acclaimed family of the distilling craft’s spirited expressions? Wait ’til you pair that with some excellent ’cue and side dishes worth shouting about. You think Fogle’s barbecue is superb? Wait ’til you pair it with – ah, you see where we’re going with this …

Of course all of Austin is rife with beer-crafting breweries – we’ll namecheck Black Star Co-op here, and not just because they’re currently offering a hazy IPA called Austin Chronic-Ale, ahem – but, damn, the South Austin contingent of sudsmongers continues to burgeon: Kerry and Mandi Richardson’s Last Stand opened at 7601 S. Congress this past Thursday. It’s the couple’s second brewhouse – they started out near Dripping Springs in 2015 – and their taps are flowing with a variety of thirst-slaking goodness. Bonus: Southside Flying Pizza in the house.

So, there’s one of those ghost-kitchen things up in, what is it – Boise, Idaho? Yeah, Boise. And ghost kitchens are where a lot of different restaurants share the facilities and do their takeaway-and-delivery business from the same venue; it’s a modern iteration of the old multiple-commissary system, the inside-out, you might say, of a food court. And this one in Boise is brand new and run by the fierce entrepreneurs of Crave Hospitality Group, and boasts its own delivery service, and it’s kind of a big deal. So – guess which is the only Austin restaurant invited to join that rapidly expanding market. Okay, did you guess The Peached Tortilla? Because, yes, it’s Eric Silverstein’s fusiony wonderments of cuisine that will be reppin’ Austin style to those lucky Midwesterners. Congrats to them – but fear not, local foodie: the Tortilla’s also staying right here in our hometown.

Speaking of congratulations, the philanthropic java-pushers at Greater Goods Coffee just won Roast Magazine’s prestigious Micro Roaster of the Year award, which is the first time a Texas-based roaster’s taken that honor. Reckon we’ll be bringing you a closer look at the caffeinated husband-and-wife team of Khanh Trang and Trey Cobb real soon now … Les Dames D’Escoffier Austin are plotting up a holiday bake sale in several places around town in mid-November, and we’ll tell you more about that later, too … meanwhile, at the northwest corner of Mopac & Southwest Parkway, it’s the beginning of a beautiful friendship: JuiceLand and Little City Coffee have teamed up for a drive-thru cafe at that spot, with full menu offerings from both companies – we’ve celebrated JuiceLand, we’ve rhapsodized that Little City – and an Oat Milk Latte as their signature drink. (And we extolled the virtues of oat milk, you might recall, in this round-up of chocolate.) … Torchy’s Tacos, that popular Texas-based chain, is “calling all baby devils and taco fiends to participate in the Torchy’s Tacoween Costume Contest.” You’re encouraged to create a Torchy’s-inspired costume of some sort, which is fun enough – but you might also win a $500 Torchy’s giftcard. And that, we daresay in these pandemic times, is nothing to sneeze at.

Cheers, citizen, and watch out for those ’ronas!