Five liquid suitors who want to be your next main squeeze

Are you cleansing, citizen? Are you dieting? Are you just being a human who craves flavor and nutrition and likes a nice cool drink several times a day? 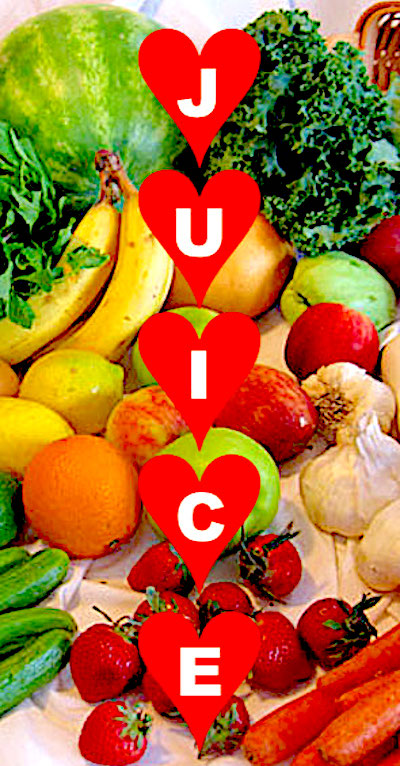 Oh, have they got you covered.

And when we say “they,” we mean any of the many brands of juice – organic, fresh-squeezed, cold-pressed, resplendent with antioxidants, bright with flavor, and so on – that hawk their wares in your grocer’s freezer, or via the internet, or right there in funky little pop-ups and bricks-and-mortar perma-sites throughout your favorite city.

(Austin, we’re assuming, is at least one of your favorite cities. Because the Chronicle is written so damned well and covers such a variety of topics that it’s followed by people from all over the world, sure; but you’re more likely to read this modern rag of ours if you live here in the ATX.)

And Austin has no lack of homegrown juiceries. All we need to do is walk maybe three steps in any direction and we’ll bump into a JuiceLand outpost, it seems like, as originator Matt Shook has been on a sort of expansion rampage since he started the beloved joint back in 2011, and so now we’ve got more than 20 options ready to tap into. “JuiceLanders form a lively crew that’s known for spinning, blending, pressing, and caressing juice out of a mind-boggling array of lovely produce,” they tell us. “Our shops are stocked daily with unique plant-based meals made in-house, step-by-step cleanses, and tonics aimed to enhance vitality.” We know that’s true, and we also know it’s hard to choose between the citrus-forward sustenance of the Pleasant Valley (orange, watermelon, pineapple, lemon, and lime) and the vibrant cucumber-celery-kale-parsley-spinach potency of the Tigerlilly, to name only two of the variety of wonderfluids available here.

Daily Juice? Daily Juice was the first in these parts, the Barton Springs juicery that inspired young Shook in the first place, and, like people who are mostly powered by juice, the company is still going strong – now run by the unflagging Joanie Frieden (of Austin Skinny Limits fame) and gracing several locations around the river city. We’re fans of their regular weekly deliveries, a steady flow of juice that’ll keep you energized day-in day-out, but we also like to indulge our cocktailish proclivities with an occasional Fresh Mixer Quarantini pack – and not just because it includes what they call scorpion lemonade.

[Note: We have, you might say, a thing for scorpions.]

Austin’s Soup Peddler – for all that the brand is solidly about, yes, soup – is also a powerhouse of beverage-form imbibables. David Ansel may not personally deliver ever order on his trusty bike like he did back in the day, but someone’s gonna deliver this goodness to you – or you can head on over and pick it up at any of the five locations yourself, grab you a convenient package of what’s tasty and fresh and ready to fuel the rest of your *fnord* 2020 adventure. Will you go for the simple Teacher’s Pet (carrot, apple, and ginger) or will the carrot and beet and celery and spinach and parsley and cabbage and kale of the perfectly named Seven Veggie Army be more to your taste? Or, as the menu suggests, “Create your own melange.” And stop thinking about those soups, now – this is a post about juice.

This is a post about juice, and of course there are more companies in Austin offering such plant-based brilliance to slake your local thirst. Who wouldn’t give a happy shout-out to Vida Pura Juicery or Jugo or that new kid on the block called Stoke and others?

But just because our music department will rave (understandably) about Black Pumas and put the elusive Bill Callahan on the cover, that doesn’t mean they won’t also tell you about the latest from, say, Metallica or Beyoncé – neither of whom, you likely realize, live down the street. And, similarly, there’s some beyond-Austin juicing action going on that we want to point you toward.

PUR Cold-Pressed is, at least, a Texas-based endeavor, serving up a plethora of fresh products in cafes within their hometown of El Paso. They don’t have a physical outpost in Austin – yet – although who knows what might eventually happen in our so-called “free market economy,” right? – but this boutique juicery has a national reach and will ship their stuff directly to you, and boy howdy do they have a terrific program of juices and cleanse diets for you to improve your life with. Ah, wait, that sounds too clinical. That’s doing them a disservice. Because these PUR juices, which we’ve been pretty much guzzling since they visited a sample pack upon our doorstep, are so incredibly tasty that the health benefits are almost beside the point. Juice that tastes like this is what you want in your life as often as possible – especially that Blue Chia of theirs, with its mixture of apple, pineapple, chia, and blue spirulina. It’s. Just. So. Good. Do people even drink, like, soda anymore? Because, with beverages like this in the world, why?

And then there’s Pressed Juicery, the final of our five recommendations here, and it's another big national brand – founded by some TV-industry white guy from Los Angeles after he had a sort of epiphany in Thailand, right? No, for real. But damned if that Hayden Slater hasn’t brought some kind of wonderfulness into the world with this juice company of his. We’d hate to try and judge a cage match throwdown between PUR and Pressed, you know? Because we’d be stuck. We’d want to root for the home-state team, but we’d be passing out samples to the audience and beseeching them, “What do you think? What do you like better?” because our own taste buds would be overwhelmed with the sheer quality of these battling gambits of hydration. Yes, PUR’s Blue Chia. But also yes, Pressed Juicery’s Citrus 3 with its grapefruit, aloe vera, and mint. And – wait, Pressed also has vegan soft-serve – that creamilicious Pumpkin Spiced Freeze of theirs? And they do have a local venue, a physical store right there in the Domain, ready to serve up all this health and flavor whenever you walk in? Ah! Ah! America!