Oysters and Milkshakes and Music and Smoke and – Dip! Dip! Dip!

Here’s your Food News Buffet for the second week of September, culled from numerous PR releases, official posts, words on the digital street, and even the occasional (verified) IRL eavesdroppings. 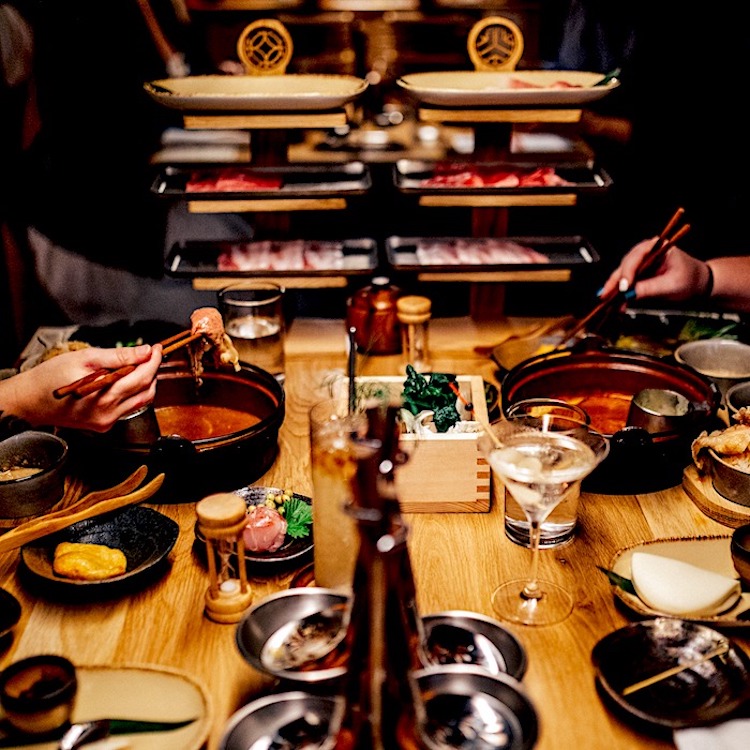 Ah, no sooner do we tell you about the posh scrumptiousness of Mediterranean hotspot Devil May Care than they reveal a new happy hour menu and a raw bar (with caviar, yes, and East Coast oysters), and, right across Sixth Street, that Japanese place called TenTen follows suit with an array of happy hour snacks to accompany their pantheon of sake.

The same sort of delicious revamping (now with expanded patio) is going on at the Peached Tortilla’s brick-and-mortar on Burnet (their monthly milkshake-enhanced Sunday brunch returns this weekend, word to the wise) and their Bar Peached brings back Steak & Frites Night every Tuesday – but maybe their new Taiwanese Duck Roll will be more your thing, citizen?

Perhaps the biggest news of all for foodheads, which we’re not mentioning until now so you’ll always know to read until at least the fourth paragraph, is that the wildly acclaimed DipDipDip Tatsu-Ya is reopening for limited dine-in service as of Wednesday, Sept. 9. (Exclamation point!) But they’ll keep doing a to-go sandwich biz out of their adjacent ice cream window, too, even as the shabu shabu service returns inside. Bonus: East Sixth’s Ramen Tatsu-Ya is again open for dine-in (on that Domo Alley-Gato patio) by reservation only.

The third annual Mesquiteers Fest has come and gone, but let’s note that chef Sonya Cote’s Eden West food truck is still onsite at the Desert Door sotol distillery out in Driftwood, serving up the locavore brilliance that makes each of her projects a true dining destination.

Karbach Brewing, those folks sponsoring the imminent 5.12K Run to Brunch event, have teamed up with renowned ’cuemasters Chris Sheperd and Aaron Franklin to release a new brew benefiting the Southern Smoke Foundation: Horseshoe Pilsner, a “smooth, light-bodied beer made to be the perfect palate cleanser while enjoying legendary Texas barbecue.” Reckon you’d be doing both your thirst and the community a favor by drinking this one, friend.

And, what else? Chef Berty Richter and the team behind the Israeli street food at TLV tell us that a variety of their salatim menu items are now available at all five Royal Blue Grocery locations … Jennifer Fang, a junior at St. Michael’s Catholic Academy, has started a company called Nutssosweet – selling granola, nut butters, air-fried donuts, and milk-bread buns – with 80% of profits going to the Austin Disaster Relief Network … Chef Murph Willcott’s weekend brunches outdoors at Texas French Bread continue to make morning worth waking up for … Dollar oysters – and half-off rosé, sparkling, and white wines – keep Tuesdays at Foreign & Domestic a must-visit opportunity … ATX Cocina’s Date Night Pack? Available on Fridays through September? Includes four margaritas, a taco kit (al pastor and achiote-lime chicken), and a Fandango gift certificate … And, listen, if you want to treat yourself extra well for having survived another week of this lousy pandemic, we can’t recommend the welcoming patio of elegant Korean culinary powerhouse Oseyo on East Cesar Chavez highly enough. Mmmmm, yes.

Oh, and Luby's is going out of business. Sic transit gloria LuAnn Platter.

General serving suggestion: Dine-in, safely, when you can; and order to-go as frequently as possible. Also, keep a mask on your beautiful mug, citizen, and FFS please remember to tip big.

Who the Hell is TVHeadATX?
The local wheatpasting provocateur reveals … a thing or two