Celebrate the live-action release with a family movie meal

The much-anticipated September 4 release of live-action Mulan via Disney Plus inspired local fast casual restaurant Bao’d Up to create a family-friendly meal, and a chance to experience their ancient Chinese signature dish, for movie night. 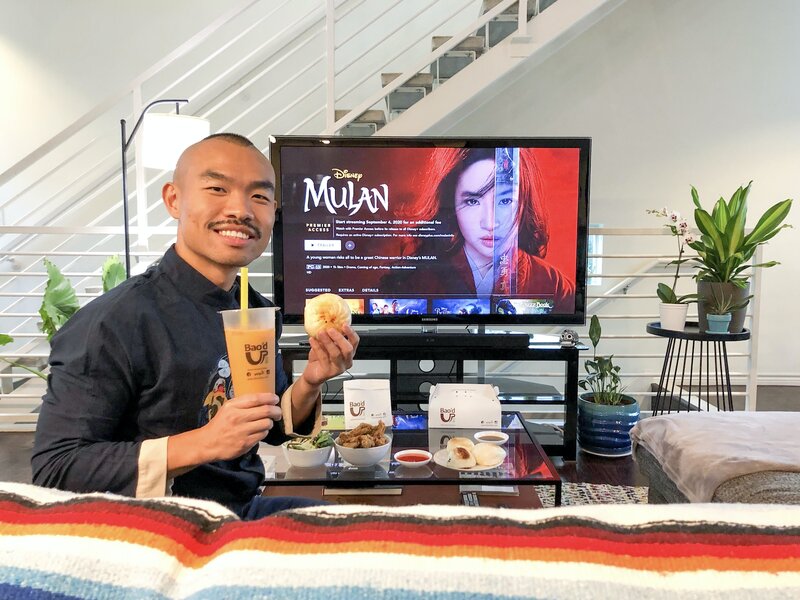 From Bao'd Up: "Civil engineer and musician Zhìpéng Xíng moved to the US from China eight years ago. He is excited for the release of Mulan on September 4." (Courtesy of Bao'd Up)

"Bao is a traditional Chinese cuisine and was definitely enjoyed by Mulan in her time," said executive chef Ting Li. "At Bao'd Up, we focus on making and serving the best bao possible, adapting family recipes to the American palate. We believe that one day, bao will be just as popular and well-known as Mulan."

Originally from the Fujian province in Southeast China, Li co-founded fast casual Bao’d Up in 2017 with Alex Wu, a tech entrepreneur and fellow Chinese immigrant, and both wanted to share the tradition of bao with their own children. Originally their menu stuck close to family recipes for classic bao or baozi – soft, steamed buns stuffed with savory or sweet fillings that originated nearly 1,800 years ago and continue as a popular street food in China – but now they’ve added a more modern recipe for pan-seared bao. Still using an authentic dough recipe and creative fillings, the new iteration is crispy on the outside and soft and juicy on the inside, a texture American audiences might compare to gyoza, or fried dumplings.

Bao was already a dish designed for travelling, but Wu explained during these unprecedented pandemic food delivery and to-go days, they believe it can become even more popular. And the movie release is a great way to introduce it to Austin audiences. “Mulan is a character from ancient Chinese folklore,'' he explained. "The movie is based on The Ballad of Mulan, which has inspired people everywhere for hundreds of years. As purveyors of Chinese cuisine, we are incredibly excited for Chinese culture to be celebrated throughout the world with the debut of the new live-action adaptation." 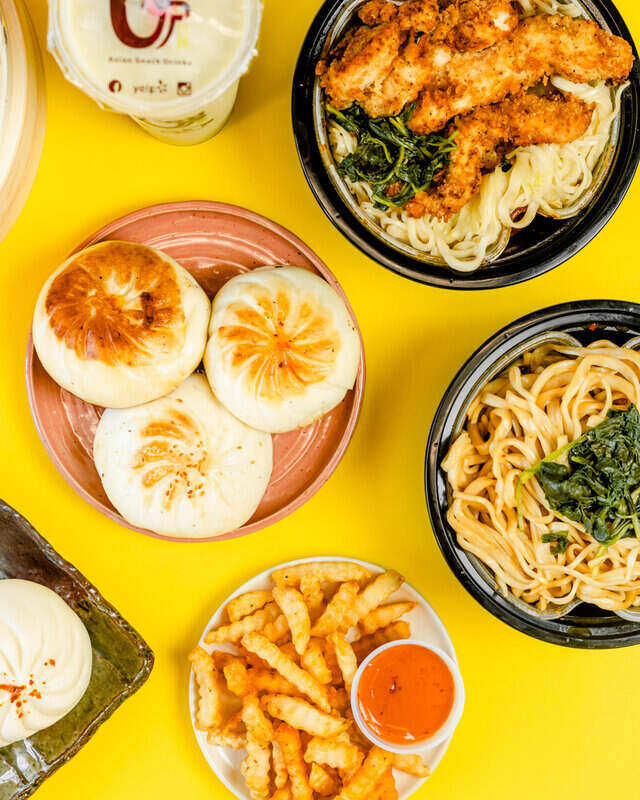 “When Disney put out [the 1998 animated version] people were drawn to Mulan’s story. They didn't think of it as just a Chinese story – they were intrigued by her character and then started searching for the historical aspects of it. Bao is very similar,” Wu explained. “Without knowing much about Chinese culture, you can enjoy it. It's a very simple, delicious, convenient kind of food and we really want people to try it. They will be very impressed and from that point, they can learn more about the thousands of years of history that bao has in China. It's almost ubiquitous in Asia. In a lot of Asian countries people eat bao every day, but here in the U.S. there's not really a big presence. We think someday it can be on the level of tacos, which started as an ethnic dish, but eventually really became its own food category. Bao has that potential and our mission is to facilitate that.”

“We think someday bao can be on the level of tacos, which started as an ethnic dish, but eventually really became its own food category. Bao has that potential and our mission is to facilitate that.” – Alex Wu, Bao’d Up co-founder

The Mulan Movie Night Pack – affordably priced at $34.99 – includes two each of pan-seared Brisket Bao, pan-seared BBQ Chicken Bao, pan-seared Buffalo Chicken Bao, and pan-seared Egg Cream Bao, plus two Thai Teas with tapioca pearls, two orders of Szechuan fries, two orders of fried chicken, and a salad for two. The family platter will be available for pick up and delivery from all four Bao'd Up locations starting Fri., September 4 through Wed., September 30. Note: Wu's tech background has helped the stores innovate during the Covid-19 restrictions, and Bao'd Up has implemented touchless food lockers and an app to safely get food to customers.

“Mulan ate bao all the time. And those troops, they brought bao with them too, so I think it will be very interesting for customers to have that experience. Watch the movie and also get to taste what people ate during that time in ancient China. It's pretty amazing food. What we put together is not just bao – it’s drinks, salad, and even fried chicken, which isn't an ancient Chinese thing but it compliments the meal,” Wu laughed. “In times like this, it's difficult for restaurants for sure, but we have empathy for our customers as well. I have two young girls and Ting has four kids, so Bao’d Up has been serving families for a long time. And because it's mostly families watching the movie with kids, we wanted to provide a combo that feeds 4-6 people at a very affordable price. That's what the movie pack is really about: Give you a taste of that cultural aspect, but also [help customers] enjoy some amazing food with the family.”

He added, “We truly believe that if it's good food, anyone with any background can truly enjoy it." www.baodup.com