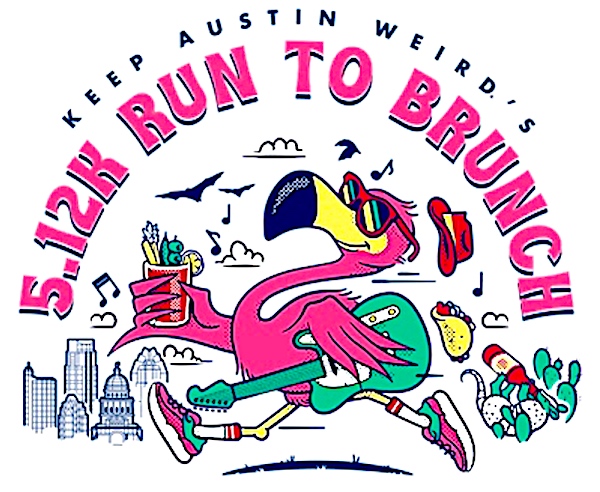 Time to hit the ground a-brunchin' …

One of the bonuses of attending music shows or comedy shows or Owen Egerton salons at the North Door (as we often did back in the Before Times, remember?) was getting tacos or gorditas from Pueblo Viejo right inside the door, because the joint’s noms are always hot taco-cart glory on a plate. Well, now Pueblo Viejo’s got a second location, newly opened at 2410 E. Riverside, and boasting an array of mezcal cocktails to wash all that tasty stuff down with.

Speaking of Riverside, you know the old Joe’s Crab Shack location there? AKA the Magic Time Machine, much farther back in the day? Seems the venue’s been reincarnated as a xanadu called Bishop Cidercade, an eruption of retro heaven on earth that features 150 arcade games, and the whole glowing shebang of it’s fueled by 48 taps of hard cider, hard kombucha, and wine. Is it apple-centric gaming perfection? Close, at least, but not totally – not unless they have Gottlieb’s Reactor from 1982 among their array of buzzing cabinets, baby.

When we hear the word “arcade,” we think of that Marvel villain, of course, because there’s a certain stain of geekitude among the alleles of our DNA, but we also think of Pinballz, where the silver-ball shenanigans are abetted by much food and drink, and where (at the Lakeline location) owners Darren and Mikki Spohn offer monthly whiskey tastings. Like this Friday’s Japanese-sourced tasting, which may well be sold out by now, but – we’re just sayin’.

It’s not exactly a secret weapon in the ongoing pizza wars (as recently surfaced here in your Chronicle’s pages), but it took peripatetic food-seeker Greg Stitt to alert us to the Roman-pie brilliance of Phantasma Kitchen just down the street from the Broken Spoke and open for take-out or delivery of the sort of crusty goodness you’ve been craving, whether it’s in the form of pizza or the kind of well-stuffed Italian sandwiches you’d destroy Carthage to procure.

Easy Tiger’s got specials for this upcoming Labor Day weekend? Sure, but that’s not news to anyone, right? But it’d be criminal of us not to mention the extra large Party Pretzels they’re offering, because we know how you love their regular big pretzels, and because, aw hell, we love them too. We also love Peruvian food, which can be found close to that very Tiger in the Linc, and so we’re celebrating Lima Criolla’s fifth anniversary by trying the new additions to the restaurant’s already mouthwatering menu and having maybe just one more pisco sour before the night’s over.

And, what else? Mighty local meatatorium Sam’s BBQ will soon be featured as part of a new “Support Small Business” ad campaign from Facebook … Keep Austin Weird’s 5.12K Run to Brunch challenge, as presented by Karbach Brewing Company, Sept. 20-Oct. 18, will give legs to the Southern Smoke Foundation’s Austin Relief Fund … the Austin Proper Hotel is hosting Sundown Swims in its rooftop pool Downtown on Fridays and Saturdays through September, featuring live DJs and drinks & bites from the La Piscina grill … congrats to Caroline Wallace, as that deputy director of the Texas Craft Brewers Guild, who you may also recall from ye olde Bitch Beer blog, was recently awarded a national Yuengling Women In Brewing scholarship … and, listen, those damned ’ronas are still out there, citizen, so wear a mask and keep a safe distance so we can get this ongoing crap over with already, mmmkay?