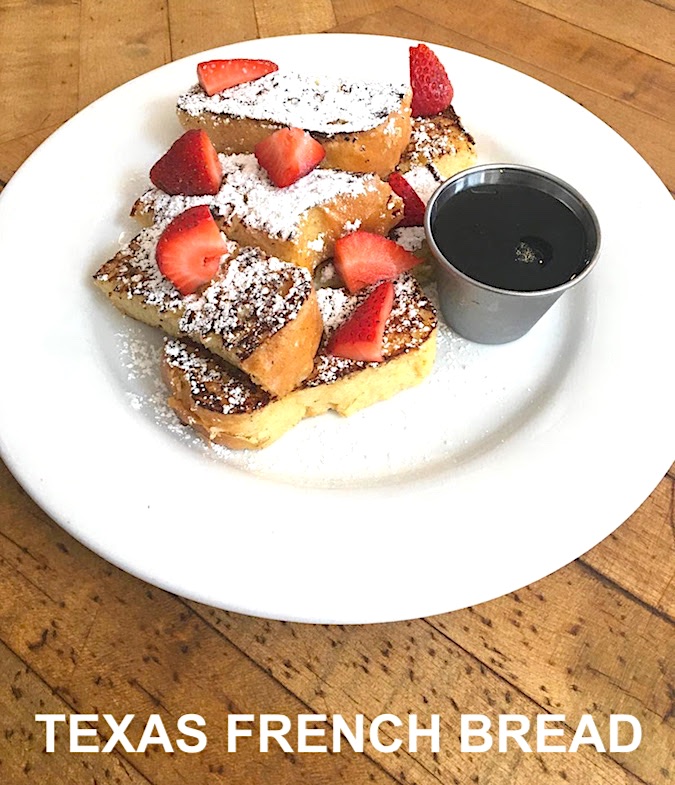 Been hearing of a few gin mills trying to dodge all wacky ninjalicious around TABC’s 51% food sales regs, which would be almost cute in a clever-badboy sort of way – if we weren’t in the midst of a pandemic, y’know? But we are in that midst, and this shit isn’t helping, so stay tuned for further reportage as such lame-ass antics eventually wind up getting the plaguetime kibosh.

On the other hand, the Chron’s Kevin Curtin recently reported that southside live music mecca One-2-One, where bar owners Gregg and Destinee Ware never indulged in the sort of crap referenced above, is shuttered for good and the venue’s up for sale.

In much better news, chef Murph Willcott and the team at Texas French Bread are now doing weekend brunches (yes, Saturday and Sunday) on the outdoor patio, weather permitting, in addition to offering their usual fresh and tasty meals to-go. “Brunch includes all your favorite lunch sandwiches, along with a few old favorites like egg sandwiches, thick-cut challah french toast, and the French omelette,” says the unstoppable Murph, holding high a battle-scarred spatula.

Tso Chinese Delivery, which offers free delivery and maintains a no-tipping policy (and has been such a good corporate citizen you’d suspect it was a subsidiary of H-E-B), is expanding into South Austin – the corner of Oltorf and South Congress – which means it’s able to serve more neighborhoods, which means more folks can look forward to getting a fine array of delicious noms (it’s not all about the wings, ppl).

Speaking of Asian goodness, say hello to Thao Phan and grillmaster Matt Roth’s Smokin’ Beauty on North Lamar (up there near Santorini Cafe and Luisa’s Patio), wherein you’ll find a culinary intersection of Vietnam and Texas that results in such bready wonderments as brisket banh mi and cheeseburger banh mi and mmmmm, yeah. The grand opening is this Friday (Aug. 21), which is also perfect for exploring the joint’s compelling cocktail menu – in case that Electric Jellyfish on tap isn’t powerful enough for you.

Chef Shawn Cirkiel’s backspace pizzeria Downtown has long been a preferred place in which to get a mouthwatering plethora of savory, perfectly crisped pies – but never a gluten-free option, right? Until now! And, as if we buried the lede beneath the anti-allergen-info, also note that there’s a new backspace location on Anderson Lane, and both venues have that no-gluten option.

We’re talking about food here, of course, not cosmetics – but we’re suckers for good design and have to tell you that Randy Cohen’s Z’Tejas Southwest Grill has gone and had a graphic identity makeover. Eye Like Design has re-branded the four-store chain – two in Austin, two in Arizona(!) – with a bold embodiment of their made-from-scratch vibe, a vibe you’ll be able to hear, too, as weekly live music nights return to the big ol’ Z’Tejas patios.

Oh, you like live music? Then you’ll love Lenoir’s new Sunday Supper series, with performances in the safely distanced backyard oasis or livestreamed at home – starting this Sunday, Aug. 30. The first concert features the swingin’ bluegrass of Tiger Alley and dishes such as whole roasted fish stuffed with crab and stewed okra, and, yes, you can get any of the meals to-go, if you prefer.

It’s cool, how Lick Honest Ice Creams keeps releasing new seasonal flavors, isn’t it? Well, this long weird summer’s finally coming to an end, and so the mavens of dairy-based delights are visiting Orange Plumsicle, Ice Cream Cake Confetti, Fromage and Fig, Plum Jam and Chocolate, and others upon a hungrily waiting populace. So drive on over, or, bonus: They’re now offering front-door delivery once a week!

The third annual Mesquiteers Fest is gonna be a virtual celebration this year, livestreamed via Instagram and Facebook, although it’ll involve IRL kits for engaging in actual honey-harvesting and a mesquite-cocktail-making class. This shoutworthy shindig’s produced by Desert Door in partnership with Two Hives Honey and Miche Bread, so you know it’s gonna be a worthy, thirst-slaking diversion.

Meanwhile, out in Hye, Texas – where the Garrison Brothers’ whiskey wizards are also located, btw – William Chris Vineyards is preparing to re-open its tasting room to the public for safely-distanced sampling of the winery’s current releases, as paired with seasonally relevant small bites. Which we reckon makes for a delightful daytrip sort of scenario; but note that the grapemongers are also offering virtual livestreamed tastings every other Saturday.

And, of course, dear reader – we’ve got our 30th annual Hot Sauce Festival going on this weekend, don’t we? And how!