We should care that it’s a giraffe and not an armadillo?

I’m not about to tell you that there’s a readymade version of a Whiskey Old Fashioned that’s better than what you can get from Treaty Oak Distilling. Because I don’t think there is. 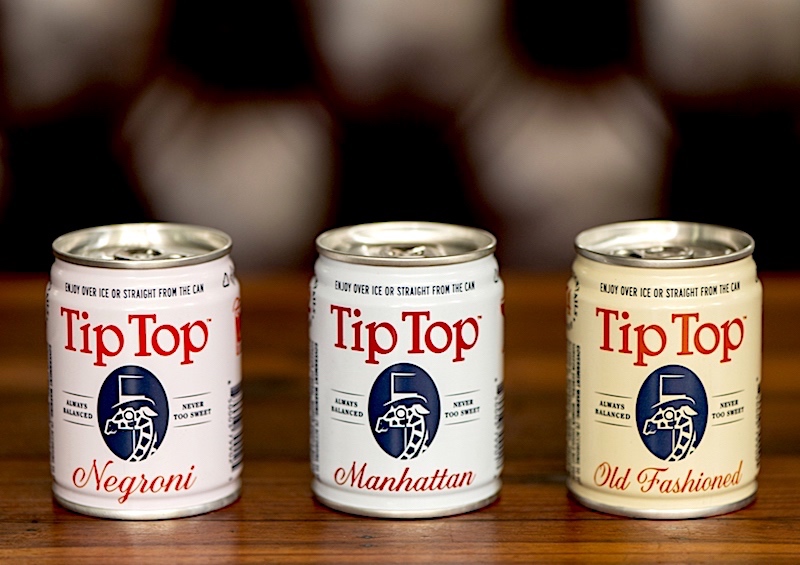 Because, though I’m a relatively recent aficionado of spirited beverages, I’ve been around a couple of blocks with these Old Fashioneds in particular over the past three years or so – and I’ve been out to that excellent Dripping Springs-based distillery – and I’ve recently had my nights powerfully enhanced by Treaty Oaks’ own Old Fashioned cocktail-in-a-bottle …

… and the only thing that’s ever matched it was the Old Fashioned I had at that Craftsman watering hole on Cesar Chavez a couple years ago. And I forget what whiskey those talented barkeeps were using in their perfect rendition, and, sad to relate, Craftsman itself closed – even before these stupid ’ronas blew into town – so, uh, definitely: Treaty Oak, FTW, right?

On the other hand, Tip Top comes pretty damn close.

Tip Top? Yeah, they’re not from around these parts – they’re from Atlanta, Georgia – but they’re coming soon to your favorite local package store, restaurant, or bar. Whichever of those are making it through this current situation of ours, anyway.

Listen: Tip Top is a canned cocktail company that produces a selection of lowball classics – Manhattans, Negronis, and Old Fashioneds, so far – and, what’s knocking me out, is that these cocktails-in-a-can are good enough to be compared to cocktails freshly made by experts on some fancy alabaster bar somewhere. Good enough to be mentioned, at least, in the same breath that says “Treaty Oak Distillery.” Probably because seven-time James Beard Award nominee Miles Macquarrie was the barman helping to fine-tune the recipes.

So, your own tastes may vary – hey, we’re humans, after all; and à chacun son goût; and all that happy horseshit, right? – but there’s your indicator of quality.

And call me a shallow, surface-driven bastard, if you must, but – having established the worthiness of the contents – packaging makes a difference. And the graphics for this brand, with that adorable top-hat-bedecked giraffe, and the half-sized, downright chibi-looking cans the cocktails come in … well, you just want to see a bunch of these waiting for you in your pantry or your fridge, I’m suggesting.

(Hell, my wife wants to adopt those cans, they’re so adorable.)

So, yes, the next time you’re out and about, in search of some potent potables to take home, and you happen to see a little giraffe in a top hat and monocle … you’ll know what’s up, citizen: It’s Tip Top, and it’ll treat you right.