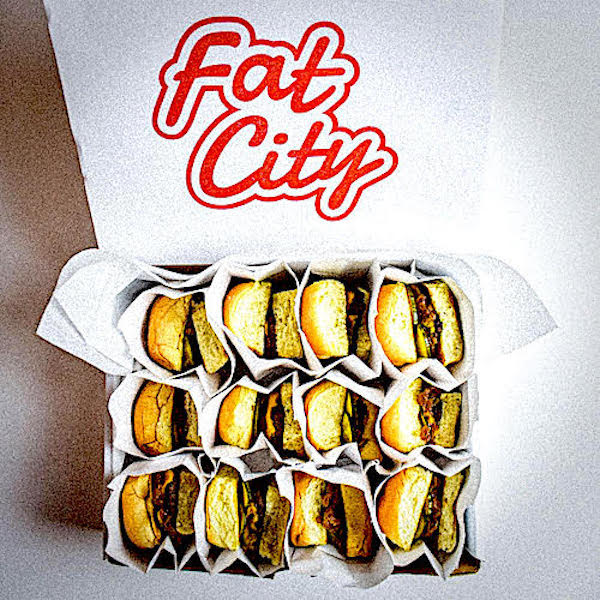 There’s even more pizza in town now, as this weekend is when those Dough Boys, Tony Curet and Max Tilka, debut their new truck-based epicenter of savory piemaking on the Eastside, baking up the bready goodness in their 800-pound Italian wood-burning oven. The grand opening’s on Friday, Aug. 7, 4-10pm, in the Arbor Food Park at 1108 E. 12th. And YMMV, but we’re especially anticipating the Green-Go: garlic cream, smoked mozzarella and provolone blend, spicy pork sausage, roasted onions, broccolini, all topped with their secret green sauce.

When Asian-fusion favorite The Peached Tortilla does a pop-up somewhere, it doesn’t just say, “Yo, we’re doing a pop-up somewhere.” No, when that Tortilla does a pop-up, it comes on like some champion from the pages of Robert E. Howard. “Arisen from the ashes of COVID-19’s devastating impact on restaurants,” goes the announcement, “Fat City was born from founder/owner Eric Silverstein’s need to adapt to the changing market, cater to the community’s current needs, and keep staff employed.” Can you almost picture it – the subtextual flexing of Cimmerian thews? (But we’re not being snide – in the midst of our current situation, this is such a welcome bit of news that we want to don a cheerleader uniform and jump for joy.) And this Fat City concept, starting out at Burnet Road’s Yard Bar (where doggos are always welcome to frolic), offers a family-friendly menu with hand-dipped Chicken Fingers and those classic beef or chicken sliders called Fat Stacks. For dessert, there’s Fatties (cream-filled sponge cakes in chocolate and marshmallow varieties) and root beer floats and more. And, after this weekend’s debut (Fri.-Sat., Aug. 7-8, noon-9pm), the Fat City truck will hit the road and eventually pop up in other Austin neighborhoods – so keep your hungry eyes peeled.

So, nu, you know that Jewboy Burgers food truck over on Burnet? The place that’s a carnivore’s delight (but where the burgers might be kosher or trayf, and at least one of ’em is totally vegetarian)? The place where a certain daily paper’s Matthew Odam got his culinary ashes hauled by the so-called Goyim Burger? Come September, that Jewboy’s going full bricks-and-mortar at 5111 Airport Boulevard – where the short-lived and recently departed Cluck’N Burger used to be. Could it be that, even while having to dodge all these meshugge ’ronas, this joint will be the eatery that finally survives in the seemingly cursed location? (“Yes,” is what we’re betting, actually.)

But what else is going on now? Rosen’s Bagel Co. – those folks whose fRosens (frozen bagels that can be baked in a home oven) are such a warming treat in these shelter-at-home times – is collaborating up some new schmears over the next three months, and August will bring peach jam and toasted pecan (from Austin Jam Company) and caramelized kimchi (from Chi’Lantro) … and Geraldine’s on the fourth floor of the Hotel Van Zandt has brought back its weekend brunch with live music (10am-3pm on Saturdays and Sundays) and you know that means pork belly benedicts and bloody marys and, mmmmm, yeah … and St. Elmo Brewing Company has released a new West Coast IPA emblazoned with a dragtastic image of Austin’s own Louisianna Purchase, and we’ll drink to that … but shall we exit on a downer note, just so next week’s column can open more brightly by way of contrast? Friends, that beloved Dive Bar on Guadalupe, source of so many fine quaffs and home to a metric fuckton of memories over the years, is kaput. SMH. Stupid, stupid pandemic.