Here’s your weekly Food News Buffet, culled from numerous PR releases, official posts, words on the digital street, and even the occasional (verified) IRL eavesdroppings. Because, even if you’re shambling zombielike through a bleak endtimes landscape, even then you’ll have to eat. But we’re still quite a distance from that nightmare scenario, right? 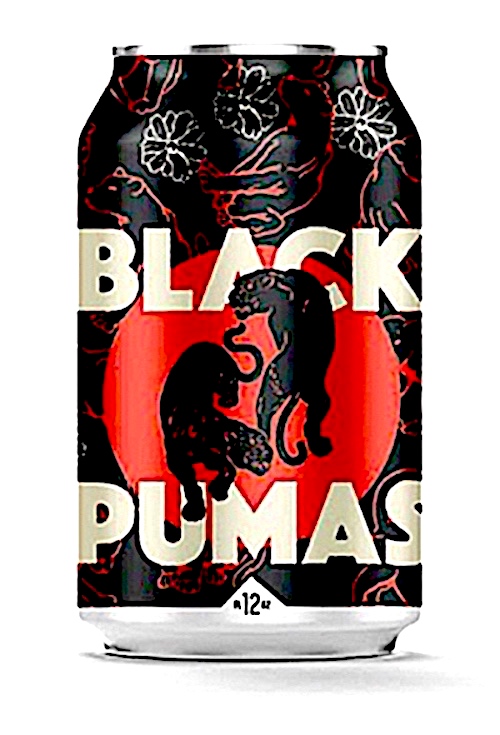 We reckon that any pandemic – or lack of a pandemic – or any time at all, tbh – works better with a music track by Austin’s Grammy-nominated Black Pumas. Which is why we really like the sound of what they’ve collaborated on with 4th Tap Brewing Co-op: The "Stay Gold" Hoppy Pale Ale, a new summer beer that’ll be available on Fri., Aug. 7, from all leading beer and wine retailers (and music venues) throughout Texas while supplies last. Oh, and we’ve got a lot more alcohol-related program activities for you right here.

The Thinkery in Mueller has been collaborating, too, putting together a star-studded program called Food For Thought. It’s where an array of talented locals, including hosts John & Kendall Antonelli, are gonna livestream you an hour of culinary wonderments and know-how you can’t get anywhere else. That’s on Aug. 7, and there’s some amazing auction action with it, too, and it all goes to support the Thinkery’s STEAM activities for kids.

Meanwhile, it’s spice that’s the biggest celebrity in LeRoy and Lewis’ fourth annual barbecuemongous "Heat Week" that begins on July 29. Is your sweet mouth, we wonder, capable of surviving the likes of that Heatball Sub, the Turkey & Bacon Mac and Cheese, the Chile Relleno, and the Sichuan Pork Boudin? Or will you just breeze in at the end and snarf up Sunday’s pepper-jelly-and-cream-cheese kolache?

After that week of heat, you’re gonna want to cool things off a bit again. How convenient, then, that Launderette already has six-packs of their new Birthday Cake Ice Cream Sandwich available for purchase, packed in a mini foam cooler for chilly transport. The Holly neighborhood restaurant will be donating all proceeds from the first month of six-pack sales to local nonprofits: Austin Justice Coalition (week 1), Out Youth (week 2), LifeWorks Austin (week 3), and Jolt Initiative (week 4). So, like, everybody wins.

You want to feel like you won the lucky-to-be-local lottery, we suggest heading to Swoop House at 3012 Gonzales Street, the longtime HQ of Supper Friends’ Stephen Shallcross and those 2Dine4 catering savants, where the new Happy Foods al-frescotorium delights the day with nutrition-inspired bowls, wraps, salads, and snacks – paired with wine curated by Greg Randle and coffee beverages using the finest beans available in Austin. Pro tip: Their Sunday brunch (10am-3pm) is especially rewarding.

The Butterfly Bar on Manor Road, part of that inexorable Vortex of theatre both live and livestreamed, is now offering cocktails to-go. Slake your thirst with their signature drinks like Monarch Magic, Pink Sun, Hulu and Smash, and more. Hell, build your own six-pack of beer and grab a free bag of ice to go with.

And, finally for this week, scones? Yes, from The Sconery ATX. Because the Chronicle’s own Greg Stitt – who tells us he’s “no sconnoisseur, as it were” – swears that they’re the best he’s ever had. “These fruit-enhanced triangles of fresh-baked goodness draped with icing are so tasty,” he confesses, “you end up scraping the dried blobs of sugar off the wax paper with your hands once the box is emptied.” Check ’em out on Instagram.