It’s Easier to Keep Austin Fed With a Kitchen

Keep Austin Fed has been serving Austinites facing food insecurity since 2004. Before the pandemic, they supplied raw ingredients to several organizations around the city, who then cooked meals or allowed people to pick out the ingredients they wanted.

But since March, social distancing guidelines have forced the nonprofit to adjust their distribution process. As each of their partner organizations’ needs changed, ingredients alone became less useful. To avoid congregating in person and because of inabilities to cook or access kitchens, more and more people needed packaged meals to go. 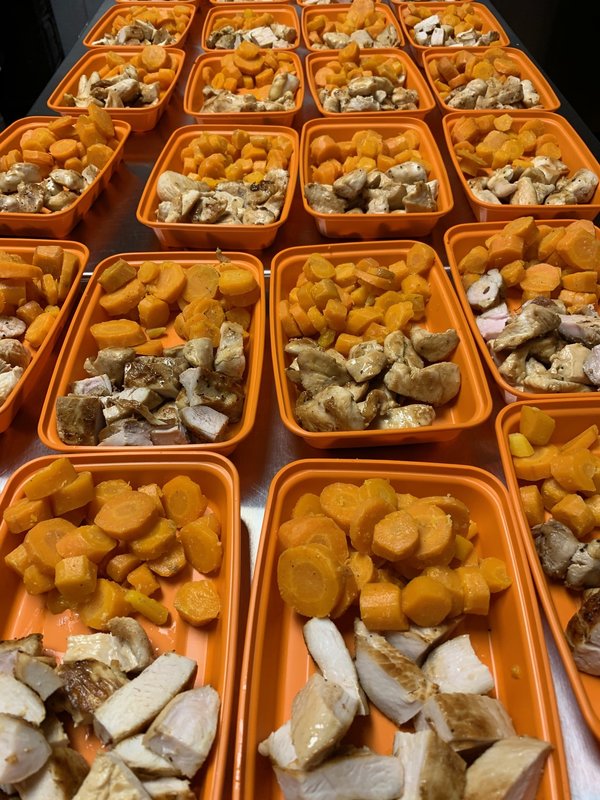 Not having a physical space, KAF wasn’t able to meet that need without help. In April, Pasadena-based business Kitchen United Mix opened in Austin. Kitchen United Mix centralizes different restaurants into one location, allowing patrons to order delivery or takeout from multiple kitchens at a time — so you can get your favorite entree from one spot and dessert from another with only one drive or delivery fee. Currently KAF houses Teji's Indian Restaurant, Seoulju Korean Kitchen, Hawaiian Bros, Bombay Walla, Bao'd Up, Ramen 512, and PF Changs To-Go. Because they have yet to fill all 13 of their commercial kitchens, they approached KAF and offered to host them for free for the months of June and July.

Now, KAF has a fully-equipped facility where volunteers with food handlers licenses improvise new meals. “It's kind Chopped-style, because we never know what we're going to have to prepare,” said executive director Lisa Barden. “We [just] had 25 pounds of ground venison donated to us, and then we've got all these carrots from Urban Roots Farm, just miscellaneous things. ‘What are we going to make?’ They’re in there figuring it out.”

Along with the new capacity to provide hot meals, the kitchen space has enabled KAF to accept more donations. When businesses began to close in March, they had to turn down large volumes of food simply for lack of storage space. “We would distribute as much as we could right away, but when there was more than a carload worth of food, we had trouble getting rid of it quickly enough,” Barden said. Having a walk-in freezer has maximized the amount of perishable goods they can make use of. Since the start of the pandemic, they have distributed over 150,000 pounds of food. 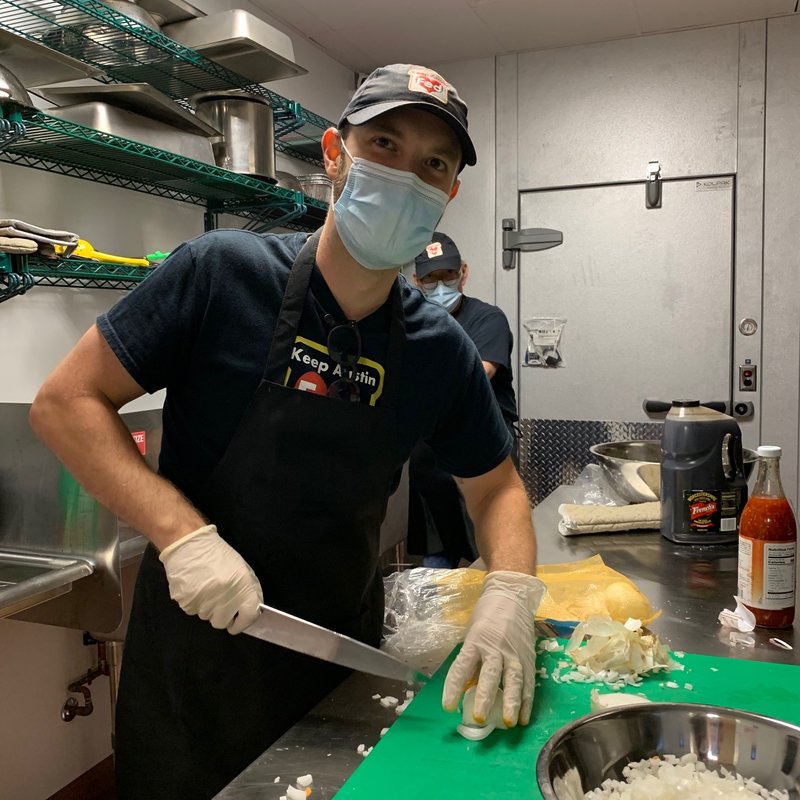 But as Kitchen United Mix partners with more businesses, KAF’s time with a free kitchen runs out. Their sponsorship ends on July 31, so they’re now exploring options of other vacant or under-utilized kitchens throughout the city. Barden anticipates a need to bounce to different locations on different days; they’re currently in talks with a church that only uses its kitchen on Sunday mornings, but hope to find other partners as well. “We're just trying to find a couple of places on the Eastside where more of our recipient organizations are so that we can be closer to them too,” Barden said.

Barden says that KAF’s most urgent needs after securing kitchen access will be more food handler-certified volunteers and monetary donations. She aspires to sustain production of packaged meals even beyond the pandemic. Her favorite memory at KAF came the first time they ever delivered ready-made meals to the SAFE Alliance, a local organization that works with domestic violence survivors. “The feedback that we got was that rather than all of the [clients] coming in and filling their plates and going back to their apartments, they actually all sat down in the community room and had a meal together,” Barden said. “I get chills every time I think of the story, because if anybody needs to have a community of people to talk to, domestic abuse survivors are the ones that could benefit. To be able to do it with a hot meal is really an amazing thing.” Barden’s goal is to continue fostering human connection while supporting food insecure Austinites for years to come.