It’s no mystery why we like these powerful liquid refreshments

All sorts of pivots going on due to the current pandemic milieu we’re in, especially in the alcoholic beverage industry, with distilleries shifting production from one thing to another, with laws being transmogrified to allow for sales and procedures that, tbh, should’ve already been allowed before these damned ‘ronas came blowing into town. 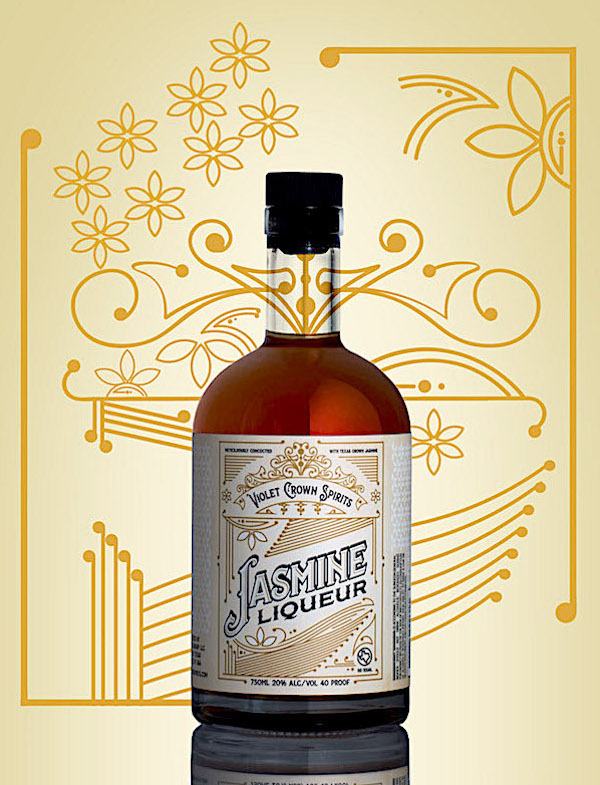 Jasmine Liqueur from Violet Crown Spirits: A tipple so fine it could make angels weep for joy

Right now, we want to tell you about a few more potent potables that will keep your whistle wet in a pleasurable fashion.

You’re likely aware that Kentucky’s Wild Turkey is having a sort of McConaughey-day with its new mesquite-enhanced Longbranch bourbon, because our food editor Jessi Cape already told you.

And perhaps you’ve heard that Treaty Oak Distillery, that wonderful revitalization of former ranchland in Dripping Springs, has released a ready-to-drink Old Fashioned cocktail in a bottle? It’s made with bitters, simple syrup, orange zest, and Treaty Oak’s Ghost Hill Bourbon, and you can purchase 375ml bottles of the exquisite concoction at the distillery right now and, eventually, at various Texas retailers as the new quaff is rolled out over the next few weeks. At around $13 a bottle, this stuff can make any shelter-at-home situation seem like a double-secret Happy Hour.

The bitters that Treaty Oak uses for their Old Fashioneds, they’re not the bitters from Violet Crown Spirits. But Violet Crown is so busy brewing up the sanitizer these days (available in gallons, even, as well as much smaller spray bottles) that we wanted to remind you that the crafty cabal of spiritmongers is, yes, still producing and purveying those bitter cordials (their Midnight Marigold collaboration with Midnight Cowboy, their Sourced Signature amaro) as well as their award-winning Emerald Absinthe and its gentler Opal sister. Violet Crown is the first company to make absinthe in Texas, of course, and the stuff is a sort of miracle of herbaceous power, but we’re most stoked about their nonpareil Jasmine Liqueur that – actually, nm, we’ll be telling you much more about these guys in the near future.

But we were speaking of bourbon at the start here, and you know who else has that action going on? Still Austin – located in The Yard off of St. Elmo Road, with their friendly showroom and their big column still made by Forsyth’s in Scotland – is set to release a new expression of straight bourbon whiskey, made from grains that are 100% Texas-grown  (70% Non-GMO white corn, 25% Elbon rye, and 5% wildfire malted barley). This powerful elixir won’t be publically available until Aug. 8, mind you, but you can pre-order some right here. … And those Garrison Brothers, working an almost alchemical magic at their 60-acre ranch in Hye, Texas, are about to visit their HoneyDew (an 80-proof, honey-infused bourbon) on a summer-sipping world. You know this special-edition tipple was 13 years in the making, right? And will be for sale nationwide on Aug. 1.

And, speaking of honey … the bee-forward team at Austin’s highly successful Meridian Hive Meadery – we covered ‘em when they were first starting out, remember? – are inaugurating their new Skinny Bee line of mead with a fine tipple called Blueberry. Real honey, real fruit, only a hundred calories and two grams of sugar to each can, so cool on the palate, this stuff might just make the outside Texas afternoon seem less like the raging inferno it currently is. And, yeah, wouldn’t that be nice?