At least once a week, Austinite: Culled from numerous PR releases, official announcements, words on the digital street, and even the occasional (verified) IRL eavesdroppings, it's your food! News! Buffet! 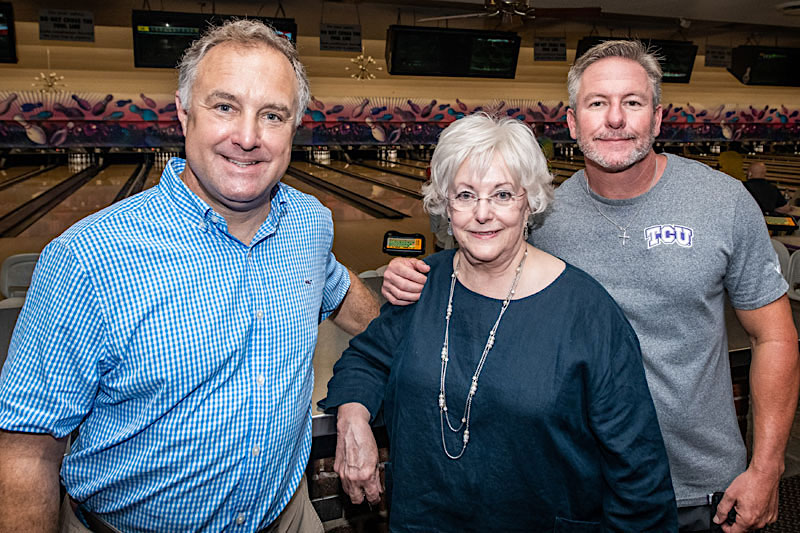 By now you know that longtime bowling alley Dart Bowl has closed permanently and taken the Dart Bowl Cafe and its legendary enchiladas along with it, right? The popular gathering spot succumbed to economic hardships wrought by our current coronavirus situation and went out with a last hurrah with a careful crowd on Friday, July 17th – and we’ve got a photo gallery by David Brendan Hall commemorating those final hours of bittersweet fun.

We’ve also had to bid adieu to the Manor Road incarnation of Sugar Mama’s Bakeshop (but Olivia O’Neal’s original Sugar Mama’s shop on South First is, thankfully, still open six days a week) and to that venue of hearty grub and nonpareil beers The Brewer’s Table. Owner Jake Maddux, executive chef Zach Hunter, and head brewer Drew Durish ran an excellent operation at that Table, and we can only hope they’ll rebound to delight us again after all this shit has passed.

Enough with the obits, although who knows who else might’ve folded by the time you read this. (Justine’s, which was temporarily shuttered to deal with a Covid situation – and was refreshingly transparent about the whole thing – may be open for business again later this very week.)

Let’s note a few actual openings and more: Hilton Hotels’ Canopy concept revealed itself on West Sixth at the start of July; now the hotel’s enhanced by Verbena, a new eatery with chef Nic Yanes of Juniper and Uncle Nicky’s in charge. “Obviously a pandemic is not the best time to open a brand new restaurant,” notes the announcement, “but everything is in place to ensure the safety of all guests and Verbena is excited to welcome diners.”

That tree-studded event center called Barr Mansion has decided to open their beloved grounds to the public each Wednesday for Pizza & Pints, an evening experience that will feature picnic-style dining in their spacious outdoor gardens and feature organic salads, snacks, and sweets, in addition to the savory pies made in their onsite wood-fired oven.

We told you about the Far Out Lounge’s Fowl Mouth (with its new weekend brunch service) and Austin Rotisserie food trucks a while ago, but now that same location’s been supercharged with the addition of Wünder Pig BBQ Co. and SolarSno Shaved Ice

It won’t be open until this fall, but construction has begun on Jjim BBQ, a concept boasting a new kind of ‘cue for this city – a Korean method of slow cooking until tender, differing from the grilled meats typically associated with Korean barbecue. The menu of the Lamar Union eatery will feature galbi jjim (braised beef short ribs served with carrots, shishito peppers, potatoes, king oyster mushrooms) and other such delicacies. Note: Tso Chinese Delivery’s Min Choe is on the CKN Hospitality team behind this place, which we reckon is a fine recommendation right there. “Growing up, galbi jjim was by far my most favorite food,” says Choe. “I can’t wait for the Austin community to experience the same joy I have had with this delightful meal.”

Speaking of damn good barbecue, upstart BBQ badasses LeRoy and Lewis are bringing their Heat Week back for a fourth annual challenge that will “offer momentary relief from staring at your own four walls, if only to concentrate on the intense fire in your mouth.” They’re giving prizes to those valiant citizens who finish all five days of spicy specials, and they’re debuting three new bottled sauces and rubs for at-home grilling.

Downtown’s Mexic-Arte Museum looks forward to welcoming everyone to their annual Taste of Mexico again, but they’re looking a bit farther forward to it now, having rescheduled the popular culinary celebration to Wed., April 21, 2021. And maybe we’ll be safely beyond the plaguetimes by then? … As for more of what’s happening right now, look – food events.