What began in Washington, D.C., and has since spread internationally now brings forth a bounty of bready goodness within Austin.

Bakers Against Racism, an impromptu global coalition of professional and amateur bakers raising money for social justice organizations, is being wrangled locally by Stesha Colby-Lynch of Greyson’s ATX. 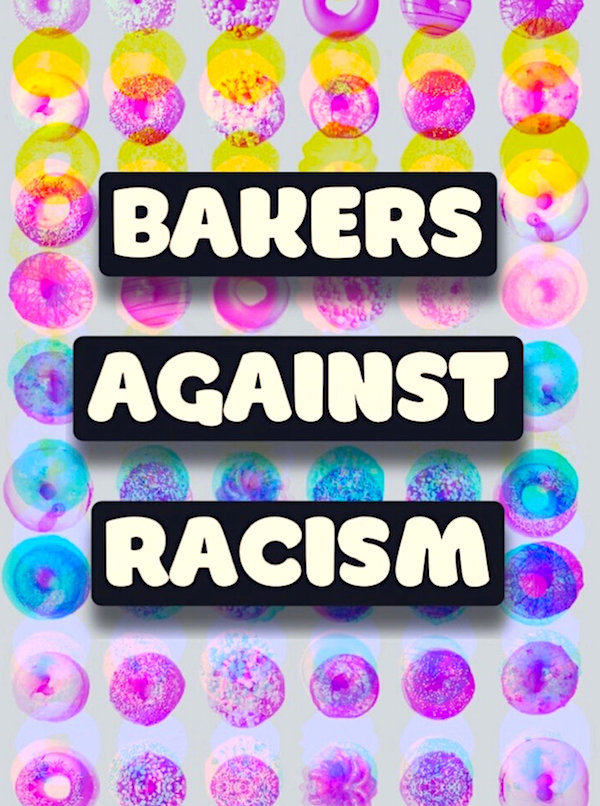 “I was initially hooked a few days ago when one of my customers sent me this article,” Colby-Lynch tells us. “She asked me if I’d be interested in joining together and that she had a friend who wanted to help. I’d been thinking about ways to help the cause and this was perfect! I immediately began reaching out to friends I knew who baked and we got a few more on board, and from there it’s just gained momentum. I feel like every few minutes I’m getting a text, email, Facebook message, or Instagram message from a baker who wants to help.”

So can we report that this project is coming together well? Colby-Lynch – who “moved to Austin from East Texas with my husband three years ago and have never regretted it” and who named her own bakery after her dog because “yes, I am that dog mom” – suggests that’s an understatement.

“Everything has been happening so fast my head is spinning,” says the industrious doughmonger. “While we have people who work as pastry chefs or bakers professionally, we don’t have any brick-and-mortar bakeries participating with us. That’s not to say that no other bakeries in Austin are part of the campaign. We wanted to band together to share social media resources and ideas and support each other as we participate in our own capacity.

"At last count, of the 22 bakers involved, eight of us fall under Texas Cottage Law and operate home bakeries: Baked Bites by Linda (owned by Linda Maher), Kelly's Cakes (owned by Kelly Powell), Brazilian Sweets (owned by Gabriela Alves), Suga's Cakery (owned by Patricia Bedford), Quyen B Macarons (owned by Quyen Bui), My Happy Place (owned by Hana Chong), Bakecation by Glo (owned by Gloria), and my own Greyson’s. The other bakers are people who also care about social justice and want to bake to support the cause. And we were contacted by the Big Bake Sale for Social Justice, which is an organization that usually does in-person bake sales and had been brainstorming ways they could do it virtually when they saw our call-to-action post. Several of their bakers have joined up with us, too.”

[Note: All the goodies this group will be pulling from their creative ovens will be available for pre-order from June 15 to June 18, with deliveries scheduled for Saturday, June 20.]

“This way bakers have enough time to fill their orders. Each of the drivers will have a certain area of town that they’ll work in, and some of the bakers are also doubling as delivery drivers. We’re doing contactless delivery to adhere to social distancing measures.”

And how does a bread or pastry-craving citizen place an order with one of the local Bakers Against Racism crew? “A lot of us take our orders via Instagram messaging,” says Colby-Lynch, “though a few of the cottage bakeries have their own established websites.” You can find contact info for the participants right here.

“While I do normally sell bread,” she tells us, “I won’t be baking any for this sale. I’ll be contributing lemon bars, double chocolate orange chunk cookies, peach turnovers, and two nine-inch double-layer cakes in either peach or strawberry. And, from the other bakers, we have sourdough breads, banana breads, cupcakes, muffins, decorated sugar cookies, Mexican wedding cookies, macarons, and even homemade egg rolls. I’m certain there are other kinds of baked goods, but not everyone has decided on what they’re contributing.”

By all that’s yummy and made with flour, reckon we’ll have only a slightly easier time deciding what to purchase.