Some new broths bringing a bright array of taste

It’s more than just good food, we say, because we’re riffing off that old Campbell’s slogan (and not that Dead Kennedys song) and Zoup!’s own claim. 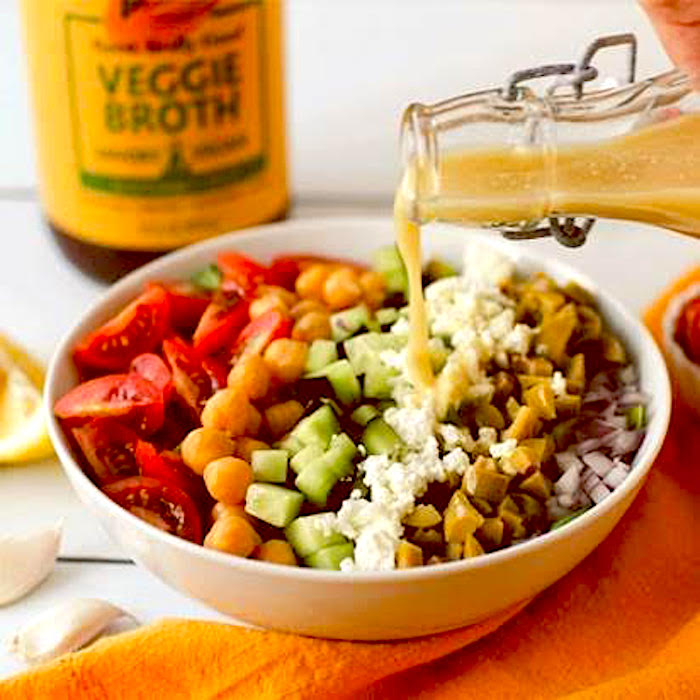 Zoup!’s own claim is that their broths are “good enough to drink,” you see, and they sent us four big jars full so we could give ‘em a try and note if we agreed. Well, there’s our headline up there, already testifying to our concurrence.

But you know a lot of broths are good enough to drink. Hell, even Campbell’s, which we haven’t had much of since we moved to Austin 30 years ago and expanded our palate farther beyond the pedestrian, even that old Warholian warhorse of a brand has flavors you can imbibe, especially hot, straight from a flagon or some other less-renfesty vessel – right?

But this Zoup! is on a whole ‘nother level.

What they sent us: Organic Chicken Broth, Chicken Bone Broth, Beef Bone Broth, and Veggie Broth. And we used all four, one after another, over the course of a week – making them the bases of meat-enhanced, noodle-adorned, veggie-heavy soups and stews that we cobbled together, sans recipe, from what we happened to have around the self-isolated kitchen.

And each of those meals turned out to be pretty damn good – and we’re no Kevin Fink here, we’re no Sonya Cote or whomever, OK? – we used to know a guy whose sister was roommates with Julia Child’s niece, is all – and we’ll swear those broths were a big part of the reason why culinary success was achieved.

Still, there’s good and then there’s good. Which is why it’s not really fair to compare Zoup! with Campbell’s, is it? Like you maybe want to, what, put the Incredible Hulk up against, ah, Damp Kleenex Man or somesuch? Foodie, please.

But we haven’t conducted a brand-versus-brand comparison for you here: We’ve just tested these Zoup! products at home and found them sufficient for our needs.

There’s good and then there’s good, as we’ve noted above. And in addition to that “good enough to drink” claim on each jar, the company also touts, right at the top of every label, its main slogan: “Good, Really Good.”

Which has a slight echo of that classic (but always misquoted) Sally-Field-at-the-Oscars moment, but that’s not what the problem is.

The problem is that three of the broths we used – the Veggie, the Chicken Bone, the Beef Bone – were, sure enough, “good, really good.” But not in any way that made us think, well, to hell with every other brand on the planet, this right here is the One True Broth.

Just taking the lid off that one, before we even heated it up … just taking a whiff of the faintly amber liquid as soon as its jar had been opened … ah, lemme ditch the editorial plural here and be just your reporter Brenner, remembering: That particular Zoup! broth had an aroma like how my German grandmother’s kitchen smelled when she’d spent an afternoon making chicken soup from scratch when I was a little kid. Srsly. And I tasted all these broths before I used them – not even heating them, just sipping room-temperature right out of the jar – and, yes, any of them would be good for drinking when heated. But, even cold, that Organic Chicken Broth tasted better than most broths I’ve had – even the memory of my grandmother’s – when they were hot.

So I’m giving you a thumbs-up on these Zoup! broths in general, if you’re looking for something to kickstart a soup or other sort of meal with. But I’m insisting that you don’t ever miss an opportunity to use that Organic Chicken Broth of theirs – not if you want to live your best culinary life.

And, while I’m in this didactic mode, I’ll also suggest to the marketing honchos at Zoup! that they think about adjusting their slogan for at least that one broth. Because it shouldn’t say “Good, Really Good” for that one. Time to 86 the ingratiating modesty, because that one should be, like, “Not Just Good, But Totally Off The #@%! Flavor Charts.”

And now you know.