Part of the appeal of going out to eat is the community of the experience, the gathering in one distinct place with other humans. Not just hanging out and nomming with your usual gang of friends, we mean, but having a few more of the homosapien herd, others unknown to you, on the periphery of your perception.

Because it’s evidence of your belonging. Because there you are, part of This Ongoing Human Thing, part of the anthropo-scene, a unique component that draws strength from, even while providing some of, the common experience of humanity.

And maybe this is only a subconscious phenomenon, a faint and lo-rez feeling that never advances to the more overt phase where you’re intensely conscious of it and your socializing begins to turn performative. Or, conversely, maybe that thrill of performance is among the reasons you crave such a gathering.

Either way, that inclusion is also, sometimes, precisely what we don’t want. We don’t always want to include everybody in our socializing – and we don’t want to be included in everybody else’s.

Sure, right now, all isolated in the midst of coronavirus-suppression manoeveurs, we’re craving little but that greater inclusion. But how often, in the Before Times – remember, just a couple months ago? – how often was exclusivity a greater draw?

It was so tempting to go out on the town and yet not have to deal directly with hoi polloi, to instead enjoy a private, members-only party apart from the roiling demoscape of anonymous revelers, wasn’t it? It was like having a house party with your besties – except in a fancier venue than home and with professional cooks and servers pampering you with much tastier noms, right?

Couple places in town are offering just that. There may be others, and there will be more … but what we’ve heard so far is that two places in Austin are specifically opening their venues to private parties. Because they don’t want to do just takeout and delivery (although that’s still part of their operations), but neither do they want to continually risk the health of their customers or staff with that economically sketchy 25% or 50% bullshit.

So Russian House and Gourmands, to name the two places we’ve been hipped to, are taking reservations for private parties: You and your friends can reserve the whole damn place (or, well, the whole damn patio) for yourselves. And that’s worth noting beyond the novelty of exclusive service. Because it’s Russian House and it’s Gourmands, is why. Because, to put it in the vernacular, and in case you were somehow previously unaware: The food in both those places is totally fucking delicious.

We could pretty much murder a plate of sour-cream-topped blintzes at Russian House right about now. We’d almost give our left arm for one of those hearty soups-served-in-a-bowl-made-of-bread at Gourmands' outside tables. And we have a bunch of friends who agree.

And those friends know that there’ll be safety procedures to follow even in this situation. Those friends know to wear a mask and wash their hands, et cetera, because they don’t want themselves or other humans, even humans they don’t know, maybe winding up on a ventilator or in a grave because “freedom” is more convenient.

So we’ll be making, you know, personal inquiries. About getting together for a good, exclusive, victual-fueled time. But we’re your friendly altweekly news source, too, you lovely citizen – so we’re letting you know about this as well. 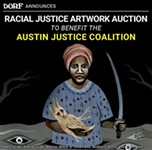