How local breweries are responding to the pandemic (Part 6) 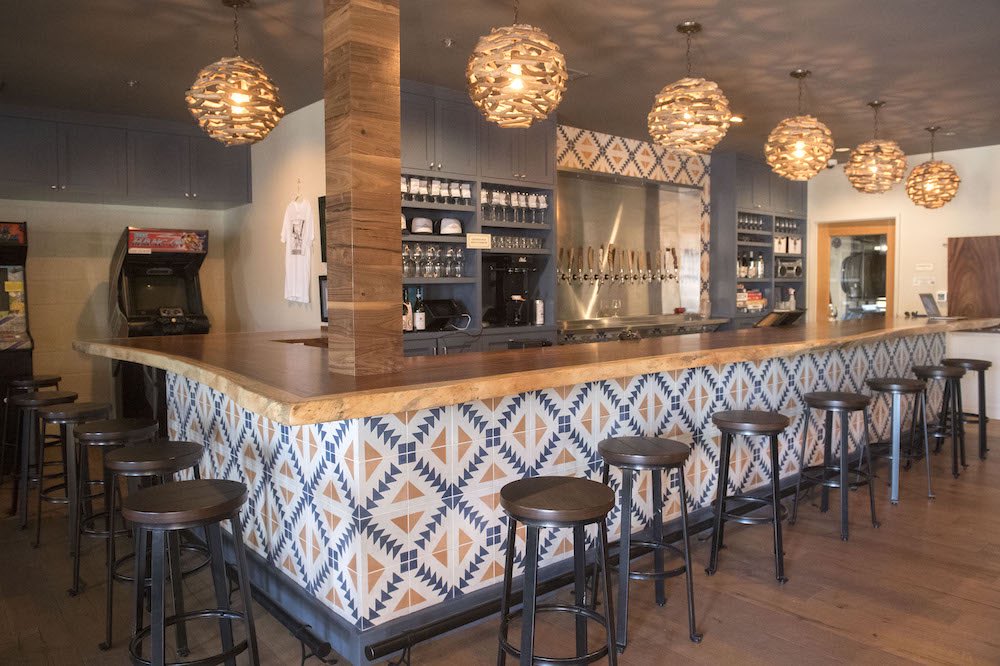 This was supposed to be a gigantic week for all of Texas’ small and independent craft breweries.

The 37th annual Craft Brewers Conference, referred to industry-wide by the three famed consonants, CBC, would have just wrapped up a week of festivities highlighting everything from brewing education, brewing equipment expos, day parties, afterparties, after-the-after parties, Lager Jams™, and the coronal event of the industry held only once every two years at CBC, The World Beer Cup. Only the second time hosted in Texas (Austin, 2007), this was to be San Antonio’s global spotlight to host a gathering of the best brewers worldwide, while also emphasizing the talent not only from the Alamo City itself, but from Austin, DFW, Houston, and every blinking-yellow-light town in between Beaumont and El Paso. It was not to be.

But the future looks alright.

This weekend, beginning Thu., April 23, through Sun., April 26, is a chance to recalibrate with The Great Texas Beer Run, a four-day curbside pickup and virtual event promoted by the Texas Craft Brewers Guild as a way to support local breweries as they manage their way through the COVID quicksand, but while still responsibly practicing social distancing. According to a post on TCBG’s Facebook page, The Great Texas Beer Run encourages Texans to “get off the couch, put on a mask, and restock the fridge with take-away beer from small, independent Texas breweries,” or for the internet savvy, a virtual beer run where one goes HAM on merch and gift cards from your favorite local breweries. What are you gonna do with all that Hobby Lobby loot you set aside at this point, anyway?

In this edition of Austin Craft Brewers vs. COVID-19 (read part 5 here), we touched base with the always-charming Oddwood Ales and the venerable brewpub/beer bar, The Draught House, about how they’re coping with Texas’ shelter-in-place mandate. 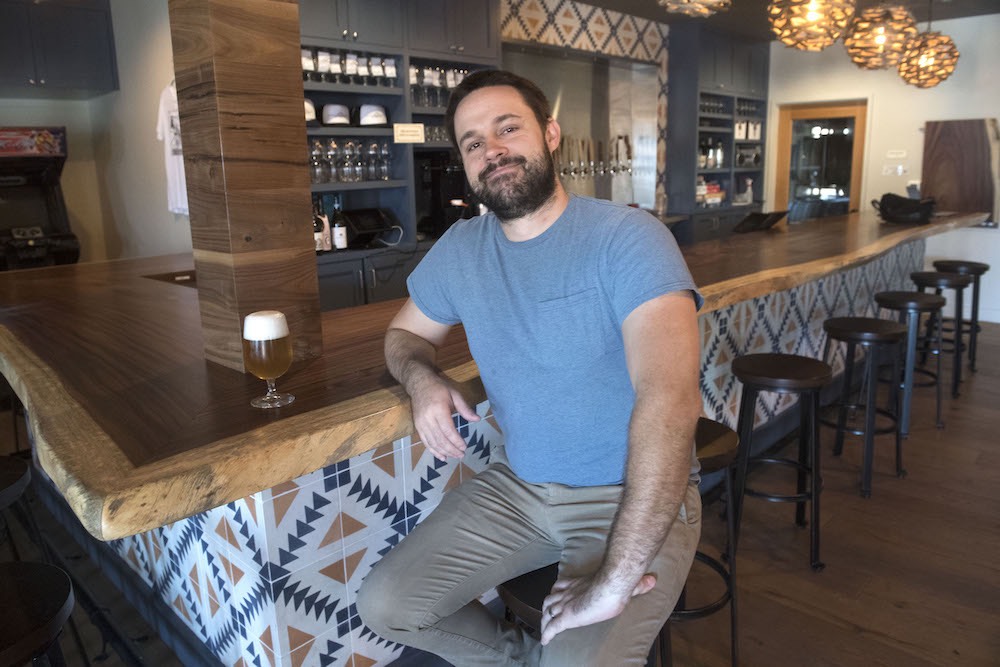 Fact: Oddwood was the last brewery where I cheerfully visited the taproom to drink perfectly made lagers back when that was still good for your health. It's also where I randomly bumped into my good pal Aaron, who on that same day was the last unrelated human to view me within a 72-inch invisible barrier. This wasn’t unusual activity for Oddwood; often it was the scene of happenstance intersections between neighbors and friends and lardy dads and nerdy gamers and various other area oddballs (usually those descriptors were all the same crew). Oddwood was and is the neighborhood inn, the local lodge, the chilla villa, hospice for tough work weeks. Shuttering the taproom would be like cancelling The Masters. Shit. Also a fact: Oddwood will be the first taproom I visit again when we finally hack ourselves out of this dumb sand trap. We reached out to Taylor Ziebarth, co-founder of Oddwood Ales, and he responded to our prying minds via email to let us in on how his brewery is holding up during this quarantine life.

“Crowlers are essentially a precious metal at this point in the pandemic, they are hard to keep in stock.” – Taylor Ziebarth, co-founder of Oddwood Ales

Ziebarth on how sales are going at Oddwood since the temporary order to shut down Austin-area taprooms and how the brewery has adjusted to the changes caused by the pandemic:

“Our sales are down roughly 30% on a weekly basis. We are very surprised and flattered by our level of to-go sales. We are incredibly appreciative of all the support we receive.”

Ziebarth on the production model Oddwood is moving to in light of taproom shutdown:

“Shifting completely to curbside to-go only has been challenging. We are trying to can beer every two weeks and crowler everything else. We had our anniversary scheduled for April 4, so we had a lot of beer in the pipeline. Crowlers are essentially a precious metal at this point in the pandemic, they are hard to keep in stock.”

Ziebarth on the volume of to-go business it would take to keep Oddwood viable for the indefinite future:

“If we are able to maintain our current levels and receive some stimulus from the Paycheck Protection Program, we will be in good shape for the near future.”

Ziebarth on new plans moving forward with regards to creating more revenue and/or hype for whatever's coming down the pike at Oddwood:

Parting thoughts to the people of Austin regarding Oddwood and their needs at the moment:

“That’s a good question! We’ve retained essentially our entire staff and everyone is healthy and working hard. Pretty much every dollar we receive goes to them, so help us keep everyone employed! We are so excited to see our lovely regulars again, we miss y’all!” 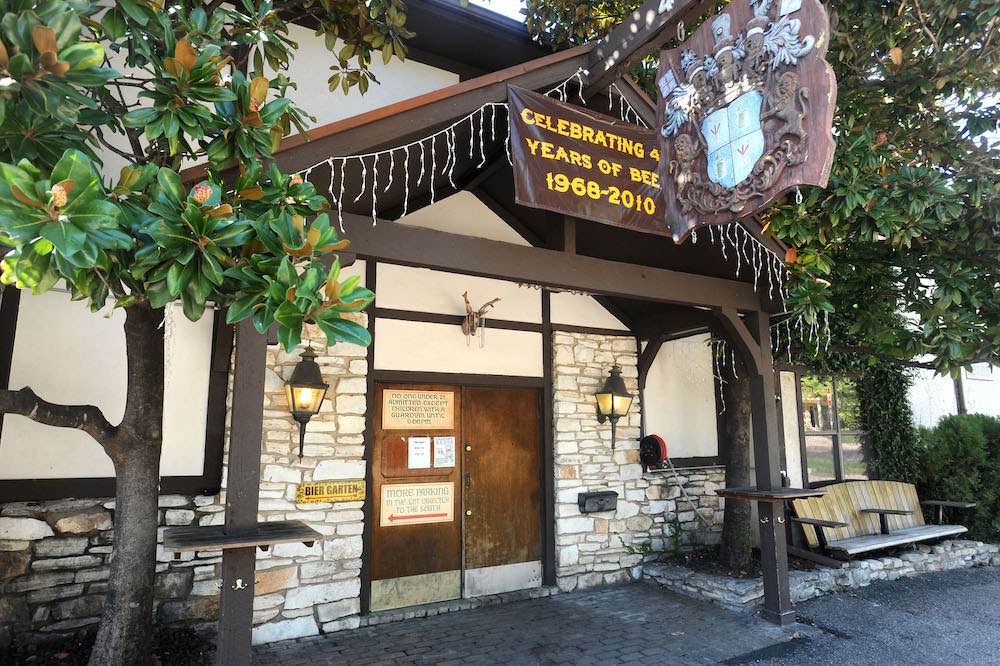 Back in December, we mentioned The Draught House as one of Central Texas’ 10 Most Overlooked Breweries and I’m glad we did because it reminded you that this ol’ chestnut is still grinding out there, still making people smile after 50 freakin’ years in the beer game. The Draught House is generally a place that we assume cannot die, like Thanos, and thus sometimes we forget to throw our patronage their way. BUT WAKE THE HELL UP Y'ALL, THIS QUARANTINE IS LIKE THE CAPTAIN MARVEL OF SHUTDOWNS. We’re here to remind you that this adorable little seven-barrel program ain’t gonna drink itself! Nor will the other, nearly six-dozen other beers from around the globe that have been perfectly curated by this Austin institution. We asked Josh Wilson, brewer/manager at The Draught House, about the ways he anticipates his bar and brewery to bridge the self-isolation gap. Here’s what he had to say.

“Sales are a sliver of normal but they are slowly increasing. We have many repeat customers and we seem to be a part of their daily or weekly routine which is great. But things are very quiet compared to normal business.” – Josh Wilson, brewer/manager at The Draught House

Wilson on how sales are going at The Draught House since the temporary order to shut down Austin-area taprooms and how the pub/brewery has adjusted to the changes caused by the pandemic:

“Sales are a sliver of normal but they are slowly increasing. We have many repeat customers and we seem to be a part of their daily or weekly routine which is great. But things are very quiet compared to normal business. We have only one bartender on staff at any given time and that's all we need at the moment. Additionally it's safer to have one bartender working solo. Of course our bartenders wear masks, wash hands frequently, and use sanitizer.”

Wilson on the production model The Draught House is moving to in light of the shutdown:

“Currently I am moving through the ingredients that I have on hand which will make a mix of core beers and some special releases. I'll have four IPAs up soon. [This] week I'll be making a mixed fruit sour with guava, pineapple, and soursop. We have 18 or so house beers pouring, so there's something for everyone.”

Wilson on the volume of to-go business it would take to keep The Draught House viable for the indefinite future:

“If we can build on the sales we are doing now and pay our bills we will hang tight until this all gets worked out. We are selling 32 oz., 64 oz., and 128 oz. growlers of all that we pour. Currently that is 69 selections of draught beer, wine, cider, and kombucha. The growler comes free with the beer. [Note: The Draught House will not fill outside growlers. Many of their customers, Wilson notes, will return the growlers when picking up new ones. The Draught House then sterilizes them for future use]. We may have pints in to-go cups shortly too.”

Wilson on the brewery’s plans to keep customers cycling through The Draught House during the temporary pub/taproom shutter:

“We might add some basic groceries in the near future. Our drive-through pick-up is super convenient for those not wanting to wait two weeks for Instacart or brave the wilds of H-E-B, so I could see it working out. We have a Draught House coffee in the works. And we sell merch and bottles of wine. I hope to reopen our food trailer Little House as soon as possible. I've had many requests for our fish & chips!”

Parting thoughts to the people of Austin regarding The Draught House and other small, independent breweries?

“We reconfigured the beer garden to allow for drive-through and pick-up is on the front porch of the Pub. Just give us 10 minutes to pour fresh draught beer!”