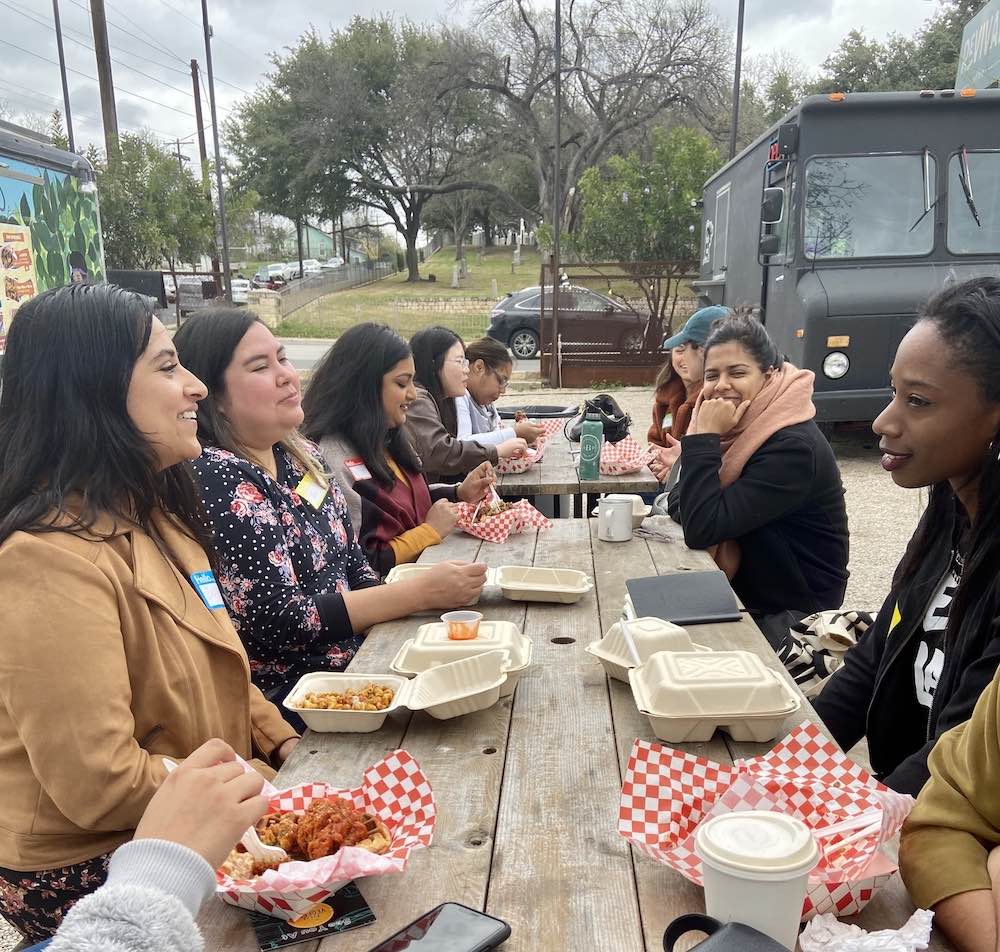 “BGFC came to be out of frustration for not finding a community,” Erkin says. Erkin, a third culture immigrant born in Pakistan, lived in Austin for five years before finding a community. In a city that, despite priding itself on diversity, is culturally segregated, the club is a breath of fresh air.

It all started as a potluck at Daher’s home last Ramadan to host an iftar (breaking of the fast). After a successful feast, the ladies decided that they wanted to extend the special sense of community they felt. The first official BGFC meetup took place last October at Usta Kababgy. The club now meets monthly, with the occasional tangential event.

“We collectively agreed that it would be amazing to put a spotlight on minority-owned businesses while creating spaces for womxn to connect,” Kazalbash says via email. We’ve grown event over event.”

Upon arriving at a Brown Girls Food Club meetup, you are greeted warmly, as if a longtime friend. Whatever space they occupy, the club creates an instantly welcoming environment, evoking the same warmth a good meal often does.

At the February meetup, refraining from ordering one of everything off Sassy’s menu proves to be quite the challenge. Owner Andrea Dawson preps every meal with well-seasoned love. Between the famous Chicon and Waffles, creamy Cajun Mac-n-Cheese, Hotwater Cornbread and more, Sassy’s screams authentic — and a lot of menu-eyeing and mouth watering takes place prior to ordering as a result.

A typical meetup attracts WOC from near and far who now find themselves in Austin. Women from Austin, New York City, Boston, Oklahoma, New Jersey, California, and Pakistan are present. The occupations of attendees are just as diverse as where they come from, including tech, software development, architecture, finance, nonprofit, and public affairs.

While Austin is never lacking in quality food, lesser known, minority-owned restaurants tend to fly under the radar. Brown Girls Food Club wants to change this.

“Austin is one of the fastest gentrifying cities in the country and minorities are usually the ones who suffer the most from that process,” Qureshi says. “We need to do our part to make sure we show them that they are supported.”

You can learn a lot about culture through cuisine. The co-founders make sure to consider little-known spots around town, time of year (like Black History Month and Hispanic Heritage Month, for example), and member recommendations when deciding on monthly meetup locations. Past meetups have taken place at Himalaya Kosheli and Aster’s Ethiopian.

“Minority-owned restaurants are more than just about food. They're owned by families. Many of them being immigrants,” Erkin says. “With the difficulties many immigrants face in today's political climate, our support is necessary.”

There is much value in finding your girl group, but it isn’t as simple as you may think. Brown Girls Food Club is a haven in this regard. While these women bring different life experiences to the group, they all unite under their identities as women of color and invite others to do the same.

“Being a WOC means being different from the mainstream culture but also embracing those differences and seeing them as strengths,” Daher says. “To me, it means that my unique perspective and experience can never be duplicated. It also means that I have the responsibility to share this with other WOC and allies,” Kazalbash adds.

With an Instagram following of over 1,000 (and steadily growing) BGFC hopes to expand. They are in the works of launching a website that will feature a forum where women of color can foster discussion (and food recommendations, of course) amongst each other. It will also include a directory of all restaurants in Austin run by immigrants, people of color, women of color, or even just women.

In light of COVID-19 and the city’s transition into quarantine, the club has transitioned to virtual meetups, opening it up to women of color worldwide. The first video conference call took place on March 28 and attendees were encouraged to get takeout from their favorite Asian restaurant to enjoy while chatting. Updates and future events will continue to be posted on their Instagram.

As for the future, the founders would love to see chapters form in other cities. “Being a WOC is building up others and celebrating our uniqueness and diversity, but together. We are a collective,” Erkin says. “We've seen new friendships blossom, connections made, and several people excited about the future of the club.”

“Being a WOC is difficult. But navigating the world as a WOC has taught me so much and given me so many experiences I wouldn't get otherwise,” Qureshi says. “I get to see the world through a completely different lens from most other people around me.”

Her hopes for the future of the club are quite simple: “I hope we continue to feel small and intimate, connect far, and eat good.” 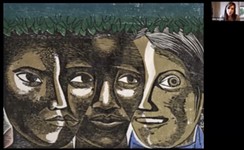