And you thought extra sidework was bad? Oh, baby.

For Austin’s foodservice and hospitality industry, it’s like Santa Claus decided not to leave the North Pole during Christmas this year. 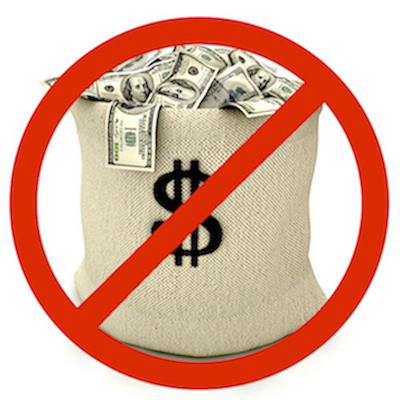 OK, no, that’s putting it mildly – and even inaccurately.

Because SXSW, the weeks-long festival that floods this town with paying customers, always means tons of extra money for so many bartenders and chefs and caterers and food servers and hosts and so on, yes, that's certainly what it means.

Mucho dinero all around, hallelujah.

But it’s not like those professionals are just hanging out and casually gathering the Benjamins from beneath some tinsel’d-up tree. No, those workers are out there working. They’re busting their asses to reap all the sudden bucks that will sustain them and their venues and their venues’ suppliers throughout the rest of the year, during the much leaner times, in this city.

It’s not a gift they’re getting: It’s a lifeline that they could, with much effort, give to themselves.

And now they can’t.

Because SXSW was canceled, as you’re all too aware of by now, and the usual inundation of capitalist biz and swag and art and such – the annual crowds of hungry hipsters, sabor-seeking celebrities, booze-swilling tech bros, and other wallets-on-legs from all over the planet – that’s not happening. And that’s no small deal. When a festival supercharges the city’s economy to the tune of hundreds of millions of dollars each year, year after year, and then it suddenly doesn’t … it’s a big fucking deal.

“As one of the thousands of service industry workers devastated by this news,” says Ali Tahir of HerbNCurry catering, “I can tell you that my biggest fear isn't necessarily getting the virus, it's the loss of finances that this has brought. I rely on this bump to help me with my living expenses the remainder of the year, and this is kind of scary. Although the contraction of the virus is a concern, its rank as an existential threat to my life is lower than possibly being homeless and hungry. In the last 36 hours alone, we've lost three-fourths of our planned events, including the major bar events at Capital Factory and HAAM that I was relying on.”

[Note: I heard from Tahir due to the help of In The Weeds’ Kc Andrew Hensley – you may remember that moving-and-shaking Hensley from this recent report about his foodservice-championing 2.13 initiative – and I heard from others, too, via email and the In The Weeds community Facebook group.]

“We really depend on SXSW,” says Sue Davis of vegan powerhouse Counter Culture. “I hire extra staff that I've been training. We even get extra compost and recycling bins! I've had a catering order cancel and I'm sure more will contact me tomorrow. Luckily the community in Austin is awesome, and I hope that people don't just stay at home. I'm sure some bands will be playing – and crowds will be small – but I hope to see some folks come through. Maybe it will feel like the 1990s again! We are trying to stay positive and get the word out to support bars, restaurants, bands, etc. during this time. I hope this passes. I hope it doesn't get to the point where people don't leave their homes – then we are in big trouble.”

And what else of the community’s general mood? What’s the, as they say, buzz? A few of the responses from that In The Weeds post, to give you a deeper idea:

Hali Vik: It sucks. Me and my husband both work as personal chefs, so it's a big hit on our business. We count on people coming into town. To the same degree, I am thankful, because I feel like this was the right response to this situation. We can't have 100K people come into town and pretend there will not be consequences of having a big concentration of people in one area. Money is important, but money doesn't matter if you don't have health.

Julie Satterlee Tighe: I know about a dozen personal chefs and caterers that rely on SXSW for about 1/2 a year’s income and have employees to pay and now they can’t.

Olivia Ybarra: As a cook with a long-term job, very fucking happy. I did not want to worry about my health under the conditions that southby usually causes restaurant staff. Lack of sleep/nutrition mixed with outside germs in the middle of a building epidemic, how much money is your elderlies/children and weaker people's health worth?

Xzyliac Ariel: I’m an Alamo Drafthouse server. So we get hit most with the film stuff but not necessarily the “Let’s go and eat” crowd. And honestly they treat us like garbage and as if we’re a nuisance. It’s mostly just a headache that doesn’t amount to much for our pay. I’m personally relieved to have our regulars. That being said, our box office bartenders and the bartenders at Highball are probably going to have a rough time. And our programmers and projectionists will have to work double time to re-schedule around everything. They’re the ones in our building most affected. Hopefully people take advantage and come out.

Chenin Camille: It's a shame many of us in the entertainment and hospitality industry have to rely on annual events like this to pay our bills and be able to survive. Tourism is good until it isn't. We're nothing if not resourceful, though. We will bounce back.