Barbecue and bao – who could ask for more? Siblings to the acclaimed burger trucks, PlowBQ and PlowBao are both located at the new Buzz Mill on 7th and Shady Lane, and these plant-based options are available alongside meat-based JNL Barbecue and Austin Rotisserie. 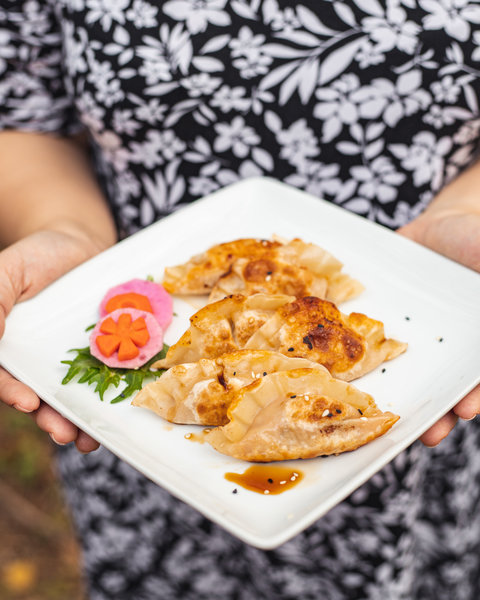 Pan-fried dumplings at PlowBao (Courtesy of Sprinkle Creative)
And while a handful of people have questioned the motivation for having so many seemingly disparate options on the same lot, it’s not only what food truck culture is all about here in Austin, it’s also an opportunity.

“We’re really excited to have plant-based barbecue and conventional barbecue on the same lot,” says Isaac Mogannam, co-owner with Jason Sabala and Ray McConaghy. “We have a platform to show meat-eaters another option.”

He’s trying to emulate the conventional barbecue experience by offering menu items (Beyond burgers and sausage, shredded beef sandwiches, seitan ribs) that will make it approachable and inviting for meat-eaters who are willing to compare his offerings to those of JNL Barbecue.

Parked right next door is PlowBao, run by Joyce Ni, who specializes in vegan dim sum and the food of her heritage. 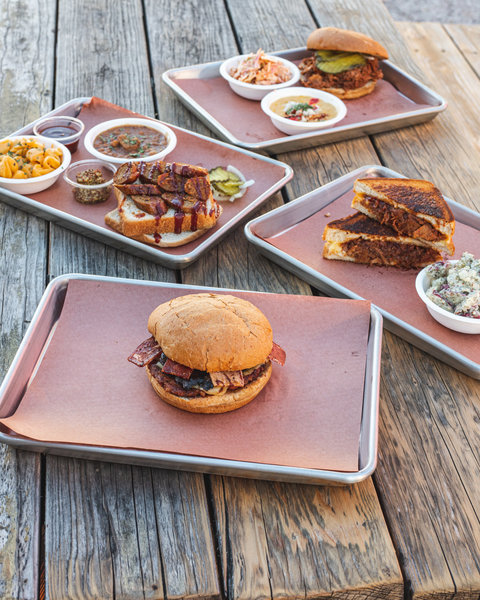 “I grew up eating dumplings a lot,” Ni remembers. “My grandmother grew up in a northern town in China and dumplings were their staple.” She remembers family visits where entire days were spent rolling dough, preparing fillings, stuffing and folding dumplings. But when Ni became a vegan over five years ago, recipes changed and, back home in Texas, she just couldn’t find anything that stood up to the classic dishes from her childhood.

“Since going vegan I haven’t had a good dumpling like what my grandma used to make,” Ni says. She’s remedying that with menu items like vegan steamed bread and cakes, pan fried pork and steamed beef dumplings, beef and shrimp shumai, and crab rangoon that are just as good as she remembers.

is the first new business to launch from CropSeed, Plow’s employee-to-entrepreneur program, but the name wasn’t Mogannam’s idea; it was Ni’s.

It happened a few months back when Mogannam mentioned shumai and Ni, a part-time Plow employee, responded – half-joking – with a suggestion that she should start a food truck called PlowBao and was surprised when they were in the kitchen discussing details and menu items just a few days later. Until then, she was totally unaware that CropSeed even existed. 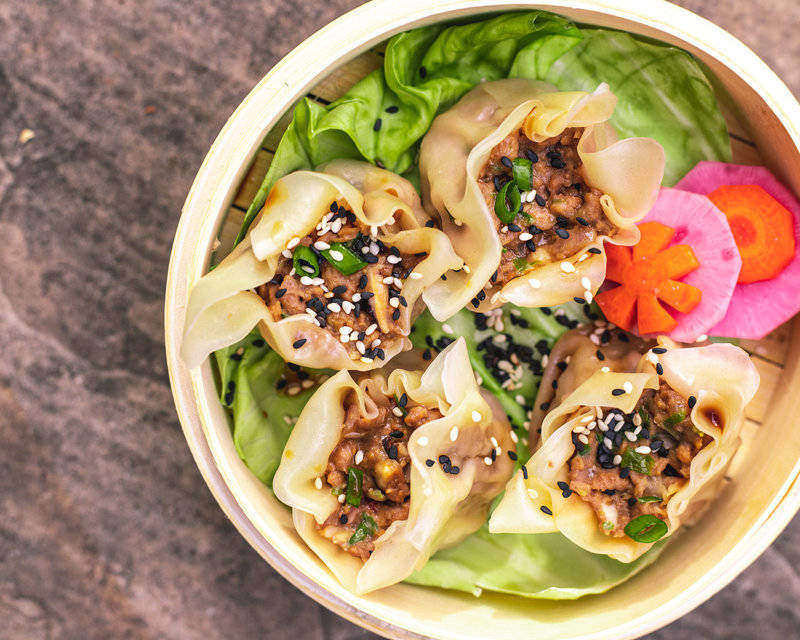 The program’s mission is to cultivate profitable problem-solving solutions for a better planet and people by championing Plow employees (and now even non-employees) by investing in and incubating their visions – which must exist in the vegan space – to help accelerate their goals. The model will work differently for every entrepreneur, but essentially, Plow funds the startup, then allows the entrepreneur the opportunity to become part, then majority, owner over the course of a year.

“We’ll take on the risk,” Mogannam says. “We want them to grow.” Often on a much faster track than they could have achieved on their own, which Ni can attest to. She always dreamed of opening a plant-based food space, but didn’t expect it to happen for decades. “The fact that it’s happening right now is kind of incredible,” she says.

We want to give back, not as a charity, but as a business model,” Mogannam says. “Our vision is to see these brilliant minds live out their entrepreneurial dreams and execute these services that are going to make the world a better place.”

And a tastier place. Because, as he says, whether it’s burgers, barbecue, or dim sum, “Good food should just be good food. If it happens to be from plants, even better.”