Cuisine From Spain, Salt From Iceland, Whiskey From Scotland

This past week, the best things came in a sequence of three

There were three things of note that were also riddled with interior threes, this past week – like some numerologist’s tripled-up fever dream fractaling itself through the life of your Austin Chronicle food lieutenant … 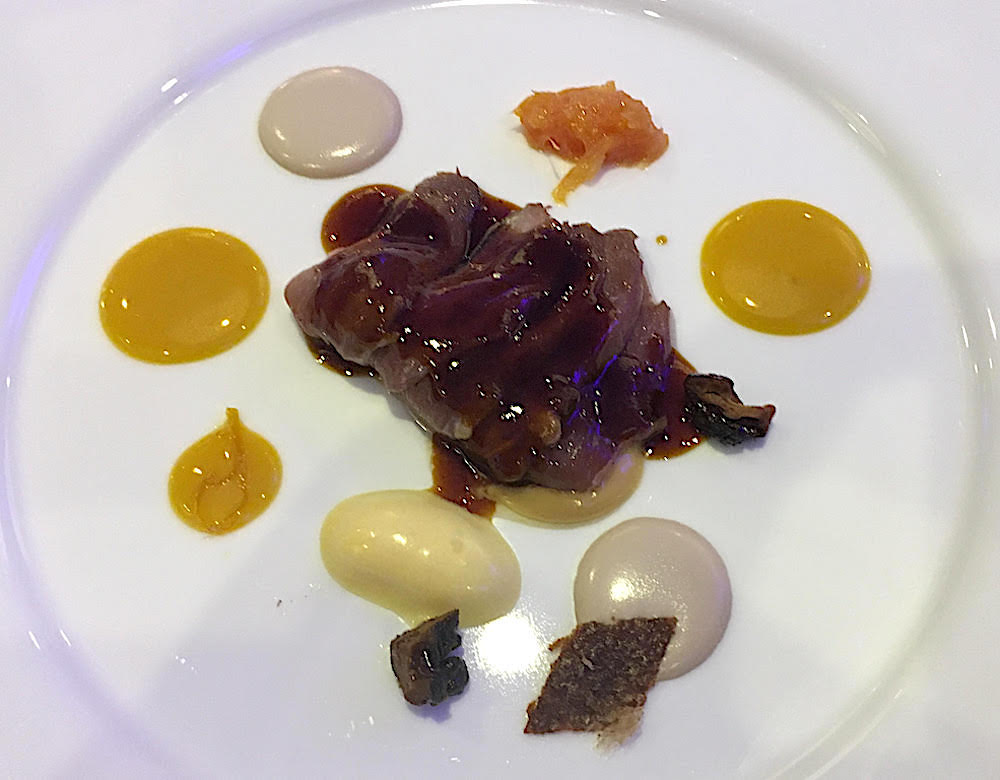 Three, that also being the number of Michelin stars awarded to Catalonia’s El Celler de Can Roca, the acclaimed restaurant run by three brothers – Joan, Josep, and Jordi Roca – since 1986.

Acclaimed, did I say? Well, there are those three Michies, of course; and Restaurant magazine named El Celler the best restaurant in the world in 2013 and 2015; and now here I am, fairly raving about its goodness, even when that goodness is briefly transported to Austin, Texas, for a night of celebration under the auspices of BBVA.

So, yes: The oft-bandied adjective “acclaimed” is totally valid in this case.

BBVA – that’s Spanish banking conglomerate Banco Bilbao Vizcaya Argentaria – decided it was a good idea to throw a party for their local clients and guests by taking over part of Austin’s Fairmont Hotel and having Joan Roca himself flown in to lead a team of chefs in preparing signature dishes from his famed kitchen for a cocktail-fronted, wine-paired multicourse meal, by way of promoting the bank’s brand and spreading culinary goodwill.

[Spoiler alert: It was a very good idea.]

You want to spread goodwill, you’re going to have to engage with the locals in a local way, at least on some level, even while keeping to your branding message. Thus were the appetizers and dishes as innovative as BBVA would like you to know that their banking opportunities are, but also redolent of regional flavor – with Texas pecans standing in for other nutmeats, with Gulf-sourced seafood, with various culinary improvisations to further edge the envelope of fine dining toward a Lone Star state of palate. And so perhaps a hundred citizens gathered to luxuriate in gustatory splendor among the appointments of Downtown’s Fairmont, supping on the likes of pickled flowers and roots; langoustine with sagebrush, vanilla oil, and toasted butter; semi-cured hake with asparagus-and-rocket pesto; spiced veal oyster blade; a dessert of several types of chocolate and ice cream that was molecular-gastronomied to perfection; and so on, all in a congenial hedonistic glow. And, though he’d had to remain in Spain, Roca brother Josep personally curated the evening’s exquisite wines. And now here’s our instigating number again, because – how many cheers for this BBVA event? Three cheers for this BBVA event. 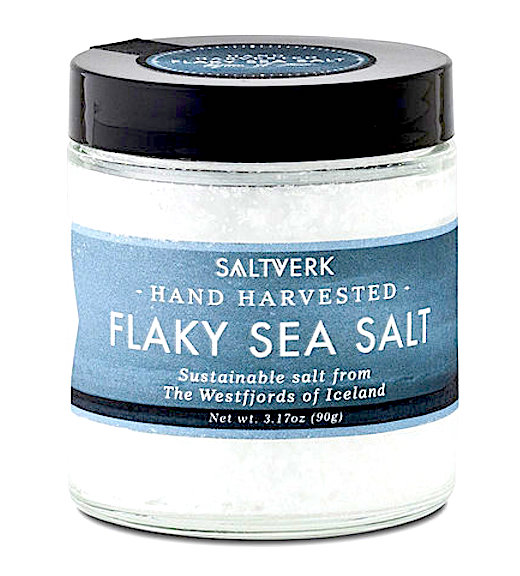 Salt from the Fjords of Iceland

A salt shaker on any of the tables during that dinner from chef Roca would have been an insult, all the delicious vittles already properly spiced and cooked and tweezed to a culinary decimal point. But in so many other contexts, a bit of salt is just what a person might need – even if that person isn’t an Alpine Ibex who’d climb a cliff at a 90-degree angle because it craves that mineral.

And by now, because we read and listen to and watch so fucking much about food all the time, by now we’re all aware that there’s salt … and then there’s salt.

My wife and I had dinner at Bess Bistro a few times, back in the day, and one of those times we got a dish that was accompanied by a flight of three different salts. Some kind of white salt, some kind of black salt, and some of that pink Himalayan salt that also comes in the more solid form of candleholders at whatever chakra-realignment boutique you might choose to explore.

And the black salt tasted real good and somehow smoky – because maybe, I forget now, it had been smoked?

See? Stupid, right? But I’d swear it’s true: That salt was, more than the white salt, more than any other salt I’ve ever had, too salty. Like that’s a possible thing, for a salt to taste too salty? Well. An Alpine Ibex transported to the Himalayas might disagree, but I doubt any human with a functioning palate would.

Anyway, Bess is long closed and we’ve salted on, regardless, sodiuming our various chlorides however nature sees fit. And just this week I received a delivery of two salts from Iceland.

Artisanal salts from Iceland, to be sure.

I mean, if you’re going to ship salt from Iceland, then it had bloody well better be some form of artisanal, y’know what I’m saying?

But the salt from Saltverk is made by using energy only from geothermal hot springs in the northwest of Iceland and by harvesting one raw natural material: the pristine seawater of that country’s remote Westfjords.

And when salt that pure and purely produced is offered in the form of tiny flakes – a little jar of which will set you back only about 11 bucks – then you can be sure that it’s going to be one of the more sublime salt experiences you’ve enjoyed in your years on this planet. You can be sure because I’m telling you so, friend: It’s sublime and deeply flavor-enhancing and you don’t have to feel like a fool for thinking it’s too salty – because it’s Just Salty Enough. And you know when it’s perfect, this bounty of delicate Icelandic flakes? It’s perfect when sprinkled atop a fresh potato salad, when tossed upon lightly sauteed veggies, and – especially – when it’s the salt used in those oversized salted-chocolate-chip cookies your friend Emily makes so well.

“You forgot fish, Brenner,” is that what you’re telling me now, reader? “You can’t honor salt with its best application unless you use it on fish.” Don’t be silly. I didn’t forget fish. I discovered that the other salt I got from Saltverk, the birch-smoked salt, is even better for encrusting a fine fillet of mahi-mahi or swordfish or whatever. Yes, such a smoky-salty covering lends itself splendidly to the well-broiled flesh of your favorite piscine delectable, whether that fish is also from Iceland or is something your weird cousin Doug dragged twitching out of the Ponchartrain. To say nothing of the salted-glass-rim possibilities among the margarita crowd, right? A little tequila, a little lime, some triple sec – all the classic elements framed by a circle of smoked salt from somewhere just below the Arctic Circle? Three of those and, tell you what, you’ll be singing in Icelandic even if you’re an American monoglot. 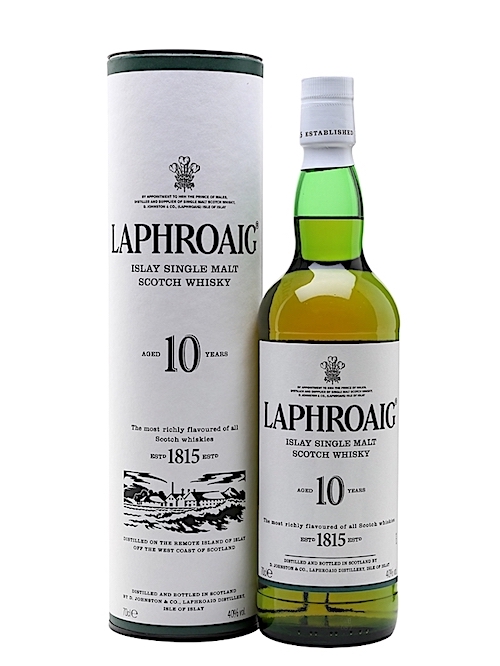 Sweet Drams Are Made of This

I mean, never mind the margaritas for a moment, even though we are in Texas.

Consider, instead, some whiskey. And, yes, there are a growing number of Texas whiskeys to consider – we’re partial to Still Austin and Treaty Oak and Garrison Brothers ’round these parts – but we also have a not-infrequent hankering for some of that precious nectar known as single malt scotch – especially when it’s from the Islay region.

And Laphroaig is the scotch that none other than the late, great Iain Banks deemed the most challenging and the most rewarding of all the single malts. And bless my media-comp soul, I got to imbibe several rare drams at a Laphroaig tasting party at Small Victory the other night.

Laphroaig’s international bard of boozery Simon Brooking was there, as was the company’s Austin-based ambassador Rashid Barrett, and they welcomed us, and Simon serenaded and toasted us, and Rashid spoke of the club membership amenities, and we sampled an array of rare single malt expressions from Laphroaig while nomming on boards of diverse charcuterie. And I must concur with Iain Banks: It’s a whole ’nother animal, this Laphroaig. Whether at cask strength or calmer, whether aged 10 or 25 years, whether tempered by barrels that once held bourbon or oloroso sherry, its bold flavor is a field apart from other whiskies of Scotland and even other whiskies of Islay in particular.

Laphroaig, it seems to me, is to other scotches the way mezcal is to tequila. Its unique flavor will announce itself to you instanter. It’ll grab you by the lapels and get all up in your olfactory face and be like, “Alright, you tippler, this is how I am and you’re either gang tae like it or no, but this is where we are right now and you’ll embrace it fully or I’ll toss you like a fekkin’ caber.” Or something of similar ethnic goofiness that a Scandihoovian herring-choker such as your reporter should probably know better than to mess with, you betcha.

But we’re supposed to be working the concept of three here, aren’t we? Which is why it’s so satisfying to end this trio of reviews with the note that Laphroaig’s Triple Wood is a thing of liquid beauty that will be a joy in your mind’s tongue’s memory forever.