Taco Tuesday has been leveled up. Taco lovers can now watch a show exploring American taco culture Tuesdays at 9pm on the El Rey Network. While United Tacos of America takes viewers on a trip around the country, the show’s creators started the journey right here in Austin. 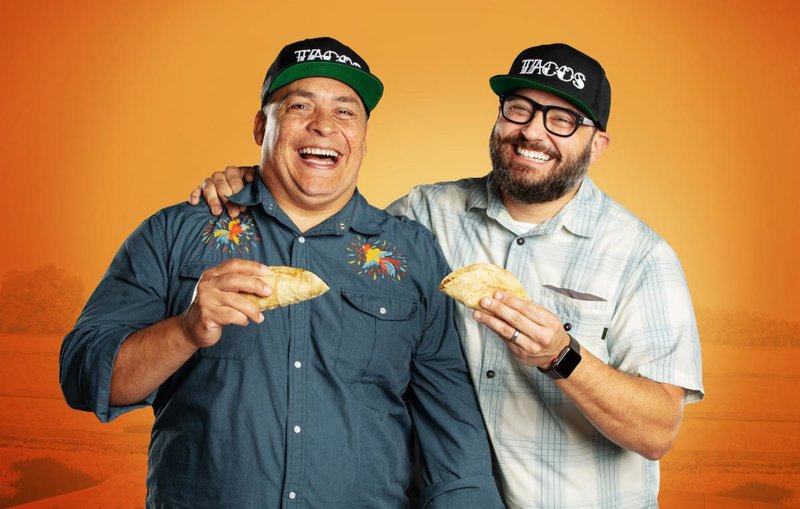 Mando Rayo and Jarod Neece have been reporting on Austin’s taco scene since 2006 through a blog called Taco Journalism. Between Neece’s blogging know-how and Rayo’s taco radar, the two started promoting off the beaten path taco trucks and taquerias – the places people may not have found otherwise – and gained a following.

With the success of their blog and later, local food tours, came two books: Austin Breakfast Tacos and The Tacos of Texas. Through the book publishing journey, the team grew to include photographer Dennis Burnett. Together they turned The Tacos of Texas into a seven-part YouTube series – their first foray onto the screen.

The El Rey Network, locally founded by Robert Rodriguez, saw an opportunity to expand The Tacos of Texas series into a 30-minute show. Rayo, Neece and Burnett hit the road again, this time to explore taco culture beyond Texas. “We’ve been training for this our whole lives,” joked Neece.

Written by Rayo and Neece and directed by Burnett, United Tacos of America takes viewers on a journey to explore taco styles and their roots in eight locations across the US: Houston, Lexington, Austin, New York, Rio Grande Valley, Los Angeles, New Orleans, and Chicago. They discover how each taco style was created, its Mexican influence, and even dive into social issues connected to the food in each region. “We’re shining lights on these communities and on this food like we were doing on our blog and in our books,” said Neece.

"What makes us taco journalists are these stories,” said Rayo. “We start talking about the tacos as a gateway to the broader community issues. Whether we do an interview for a book or the show, it’s going deeper into stories that often are untold.”

"There’s a lot of stories that aren’t being told from the point of view of Mexican Americans and African American pitmasters," Rayo said on why they focused on the brisket taco for the Austin episode. “We can’t tell the whole story of tacos in Austin in 30 minutes, but we can tell the story about how these people have been left out of the conversation,” said Neece.

"They do a wonderful job of asking the questions and then sitting back and listening,” Burnett said of his co-producers.

Grab some brisket tacos and tune in for Tuesday's episode to see why Mayor Adler named October 29 “United Tacos of America” day in Austin.