October is in full swing, and Austin is alive with the theatrical joys of grownup Halloween season – screenings of classic horror films, pumpkin carving parties, and, of course, elaborate autumnal cocktails. 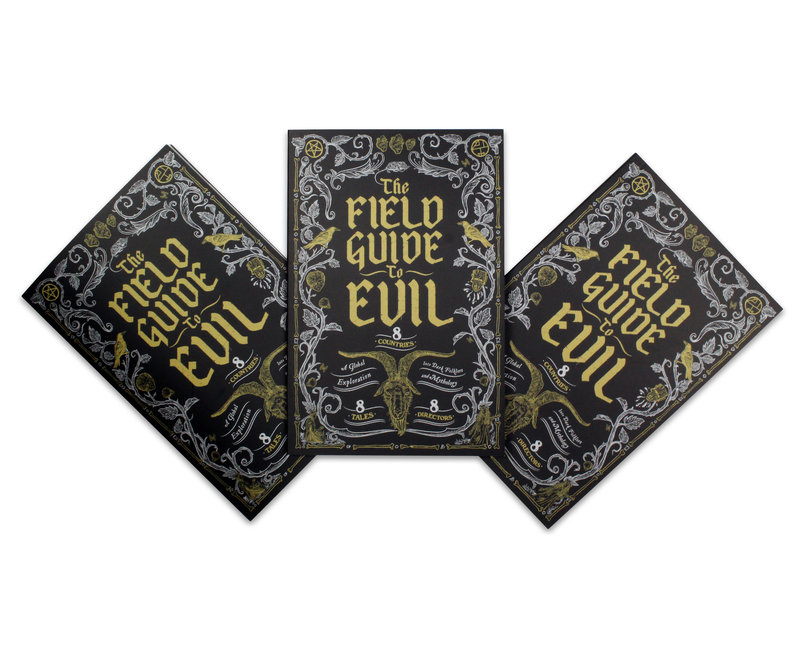 And no bar in town is taking Spooky Season quite as seriously as the folks at Midnight Cowboy: On Tuesday, Oct. 15 they debut a new storybook menu tied to Neon Films’ recently released horror anthology The Field Guide to Evil, which is returning to Austin after its SXSW debut and nomination for a Gamechanger Award.

The crowdfunded film, available to stream online, is broken into eight chapters, each inspired by a folktale from an individual filmmaker’s native country. Following the release of the film, the folks at Birth.Movies.Death. curated a book featuring eight original horror flash fiction stories corresponding to the chapters of the film, with eight individual writers merging their reactions to the original folktale and the filmmakers’ interpretation to create a brand new literary creation. The Last Sunrise cocktail is inspired by the story of Hungarian origin from the "good side." (Courtesy of Laura Jones)
The storybook menu concept was edited by Laura Jones, with a cover by Mondo collectible artist Gary Pullin, and one of a kind illustrations created under the art direction of Chris Bilheimer. It’s a slim little thing, its black cover adorned with appropriately spooky etchings of croqs, crying masks, and the leering head of a goat. The front of the menu features the cocktails themselves, illustrated in what looks like colored pencil, with the ingredients listed to one side like line broken poems. The flash fiction in the back almost functions as a kind of index – you can flip between the drinks to read the stories that inspired them, which range from dreamily surreal to horrifyingly grotesque.

And then there’s the cocktails themselves – two for each story, one to represent the good characters, who strive against their fate, another to represent the evil that (usually) prevails . They’re elaborate concoctions: the good “Clearheaded,” an eccentric sounding blend of Boyd and Blair potato vodka, oak-infused Wray & Nephew rums, absinth, clarified coconut milk, vanilla, lemon and dill; the evil “Fallen From Grace,” which features Palinka Brandy, Bull’s Blood of Eger, Hungarian paprika, ginger honey cordial, lemon; and a Tokaji cloud. All of the drinks are as baroque and folkloric as the alchemical tales that inspired them.

The Midnight Cowboy bar team worked with the stories and film to create stories that reflected the spirit of each story’s protagonist and antagonist in the form of a drink, so you can sip a cocktail while reading the spooky story that inspired it. Heading up the cocktail development process was Alamo Drafthouse’s Bar Creative Director Tacy Rowland, with assistance and taste testing from Midnight Cowboy’s Ryan Ehrlichman, Howard Franklin Holthoff, and Sam Abdelfattah.

The experience of going to Midnight Cowboy is already theatrical enough, with the secret entrance, the code name. This month’s themed menu intensifies the effect, making the casual visitor feel like they’ve taken a trip to a darkier, tastier realm. Let’s hope it’s the first of more to come – we’d love to see what they’d do with Valentine’s Day.

The book goes on sale on Friday at www.mondotees.com.