Anthony Bourdain’s Personal Collection to Be Auctioned in New Braunfels

Even more items for sale in October benefiting The Culinary Institute

More than a year since his untimely passing, Anthony Bourdain is making waves again – this time with cherished pieces from his personal collection going up for auction right here in Central Texas. More than 200 lots, including some of his most valued possessions, will be sold in three concurrent auctions: New Braunfels, TX; Savannah, GA; and his beloved New York City. 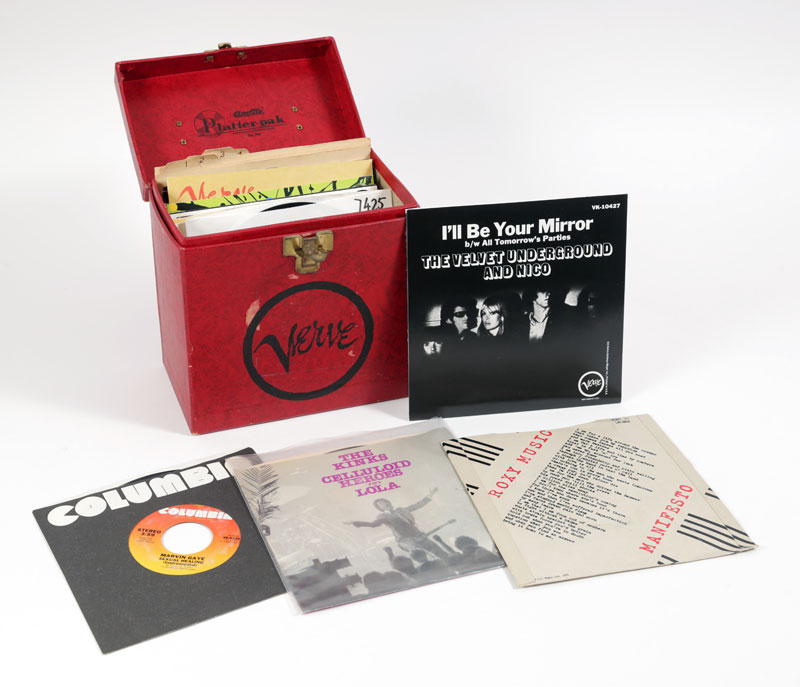 According to Lark Mason Associates, which is handling the auction, “a significant portion of the proceeds of the auction will benefit the Anthony Bourdain Legacy Scholarship at his alma mater, The Culinary Institute of America. The scholarship was established – in the spirit of Bourdain himself – to support CIA students pursuing a semester abroad or taking part in one of the college’s global cuisines and cultures international programs. The remaining proceeds will go to the estate of Anthony Bourdain.”

The auction includes “artwork, books, home and decorative furnishings, knives, wristwatches, apparel, and more.” And selected items from the Bourdain auction will be on exhibition at Lark Mason Associates Gallery, 210 West Mill Street in New Braunfels, October 9-30, Mon.-Fri., 10am-4pm. (The items will be available for online preview starting Oct. 2.)

From the release: “We are extremely delighted to join forces with the Bourdain family and the Culinary Institute of America to sponsor this auction of uniquely personal items from the Anthony Bourdain estate,” says Lark Mason, owner and CEO of iGavel Auctions (noted for his work with Sotheby’s and his regular appearances on The Antiques Road Show). Chef Bourdain graduated from the CIA in 1978 and received an honorary Doctor of Human Letters in Culinary Arts in 2017. CIA President Dr. Tim Ryan acknowledged his importance as “possibly the most recognizable food personality on the planet.”

“We are deeply honored that the Bourdain family has chosen to further Anthony’s curiosity and passion for learning through this generous donation that will support CIA students in their journeys,” said Dr. Ryan. “The ability to travel and experience other cuisines and cultures first-hand is a priceless gift that will ensure that his legacy lives on in the future leaders of the food world.”

Mason continued, “[Bourdain] was a larger-than-life personality with so many interests other than food and this sale reflects his multidimensional persona. We have kept the estimates low so that everyone who loved Tony will have the opportunity to purchase something from this sale and know that part of the proceeds will be going to a good cause.”

The sale is divided into categories that reflect Bourdain’s many interests: film, art, cooking, travel, writing, and world culture. For more information, and to view the items, see www.iGavelauctions.com. Some of the Auction Highlights:

•An original typed manuscript or early draft for A Bone in the Throat by Anthony Bourdain (Est: $700–$1,000)

•John Lurie (American, born 1952) The Sky Is Falling, I Am Learning To Live With It)