We know you’ve been waiting to bust out the dirndl and lederhosen! The Austin/Germany connection is deeply embedded in much of our city’s food culture. Where would we be without our kolaches, our beer gardens, those weekend trips to the dance halls for polka music and camaraderie?

And there’s no better time of year to celebrate Austin’s Germanic roots than Oktoberfest, happening all over town right now – starting this weekend! Dig out those dirndls and dive in!

Yes, the lines will be crazy. Yes, you might drink a few too many lagers and end up actually getting that much hyped free Bangers tattoo in an unfortunate location. But for a classic sausage and beer combo, there are few better options than Bangers, which reliably turns out a cranked up menu of Oktoberfest classics every year.

Calling it “a party to celebrate beer” pretty much sums up Haymaker’s deliciously low-key Oktoberfest ethos. At this Manor Rd. staple, there’s a stein holding contest, a hammerschlagen nail off, and all the German brews, brats, and pretzels your heart could desire.

Everyone’s favorite downtown beer garden is keeping it traditional, with Oktoberfest celebrations running the full length of the festival, from September 20 to October 6. Join the party with an afternoon of traditional German garden games and live music, hosted by Bell’s Brewing, plus a sausage and stone ground mustard roll or two from the folks in the kitchen. And don’t forget their Linc location!

St. Elmo’s is one of our favorite local breweries, so we’re excited to check out their third annual Oktoberfest celebration, a kid- and dog-friendly event featuring a Polka singalong (yes, really), competitive stein hoisting for prizes, and, of course, German influenced brews and snacks from on site food truck Soursop. 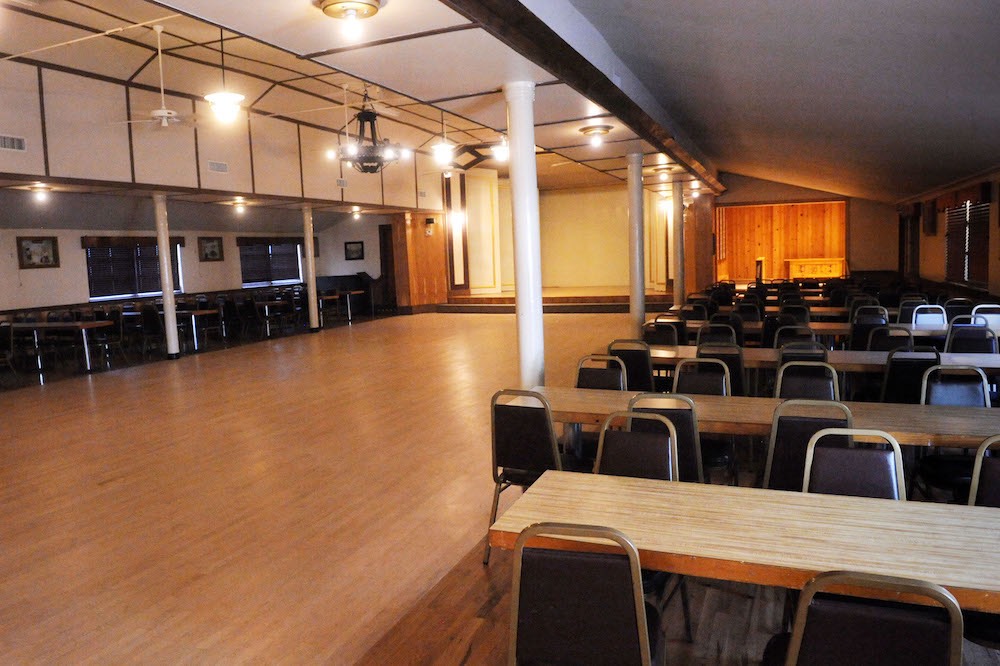 Expect the dance floor to be packed at Saengerrunde Hall's Oktoberfest. (Photo by John Anderson)

Going strong since they formed a singing group in 1852, the members of the Austin Saengerrunde have been hosting a wildly popular Oktoberfest for the past seven years, garnering national attention in Food & Wine’s Best Oktoberfests in America list. Even better: Proceeds from the event go to Foodways Texas, to support our neighbors in need.

Fredericksburg is famous for its old world charm 365 days of the year, which is probably why USA Today just named the town one of the Top 10 most authentic Oktoberfests in the US. With everything from authentic German food to events like a tuba jam session, group chicken dancing, and even a kraut run, there’s something for every celebrant.

Oktoberfest at the German Free School

The German Free School is one of Austin’s best kept secrets – a lovely historical building with terraced gardens tucked away in the heart of the Red River District, where you’d least expect a charming sliver of European life. Stop by for an authentic afternoon of live music, German food and drinks, and a slew of family friendly activities.

Black Star is taking their celebrations to the next level this year with the release of a special Marzan style brew, made entirely from Blacklands Malt and served in a limited edition beer boot. If that’s not enough to entice you, there’s also a special menu of German culinary classics on offer – think house made currywurst, schnitzel and potato salad, and, of course, pretzels.

We’re not in the business of casually telling people to drive out to New Braunfels, but there’s really no better way to close off your month of beer swilling, sausage eating celebrations than with a dachsund race. They’ve got awards for cutest pup, best costume, and best trick as well, the cutest way to celebrate everyone’s favorite sausage dog.