Subway Launches a Brisket Sandwich, Thanks to Austin

These cowboys had seen it all, and their years spent breathing the Lone Star State’s wild west air made them an unrivaled panel of judges capable of striking fear into the heart of even the most experienced grill-master. 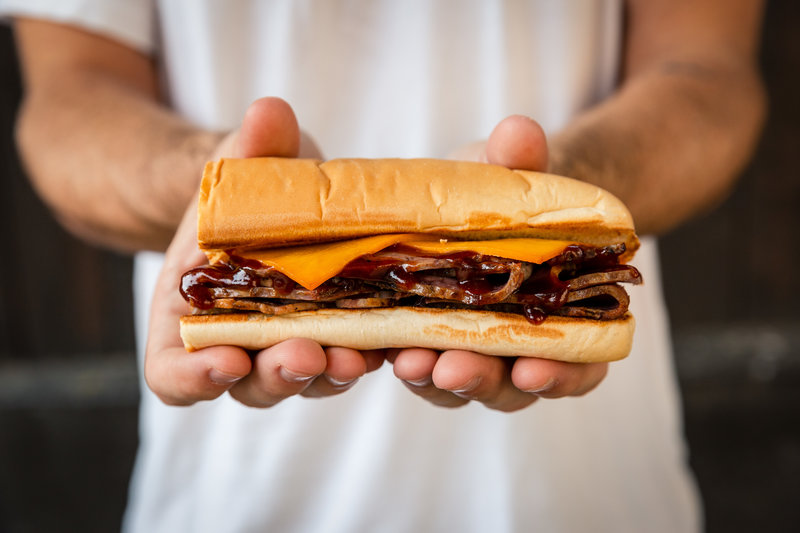 Assembled at the wooden tables inside Monty’s, these no-nonsense veterans of the Texas barbecue scene were asked to sample a pit-smoked brisket sandwich and deliver their expert critique. After careful consideration, the Monty’s sandwich passed the shrewd analysis of these Stubbs-blooded natives with flying colors. “That is really good bread,” observed one level-headed local.

Then came the big reveal. After giving their sticky-fingered thumbs-up to the saucy newcomer, their host revealed that Monty’s Smokehouse was not what it seemed. The sign at the front of the restaurant dropped to reveal the true face of Austin’s new favorite brisket sandwich: Subway. (Yes, that Subway.)

From the press release: "Fans of Monty’s Pit-smoked brisket were overwhelmed with shock and delight when they learned they could get the delicious sandwich at participating Subway restaurants across the country. You need to see it to believe it."

The baked beans were spilled when the room full of self-confident meat-lovers fell for some classic Subway subterfuge. The fast-food chain launched its “Naturally Pit-Smoked Brisket Sandwich” September 5, and with a little bit of corporate obfuscation and a lot of homegrown Austin foolishness, the newest menu item hitting deli counters across America is unofficially endorsed by the state of Texas.

Subway advertised in a press release that the sandwich is “naturally slow-smoked for at least 13 hours,” and claims to have partnered with barbecue experts to get the brisket right. Whether this excuses Austin’s humiliated delegates is questionable. The entire event is immortalized in a 1.5 minute ad that features footage of Austin natives literally applauding the food, as well as several telling interviews.

“Our naturally pit-smoked brisket is the real deal. We collaborated with some of the most talented pit masters in the country to create a one-of-a-kind taste experience that features the unmistakable flavor that comes from using real smoke and freshly baked bread. It’s a combination that simply can’t be beat,” said Len Van Popering, Subway’s Chief Brand and Innovation Officer.

The Naturally Pit-Smoked Brisket Sandwich – complete with everyone’s favorite barbecue sandwich accoutrements, smoked cheddar cheese and Italian bread – will only be available for a limited time. So if you find yourself stranded miles away from the barbecue capital of the world, perhaps hurry to your local Subway for comfort. It is, after all, "Texas tested and approved.” 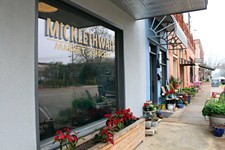 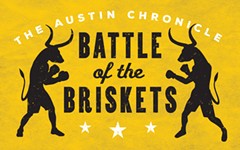