Look, I was raised Red Raider, but I’ve been in Austin long enough to become completely comfortable rooting for the Longhorns. That said, I’ll never be caught wearing burnt orange or throwing a Hook ‘Em Horns sign (so metal).

Regardless, football is barbarically fun to watch (so long as it’s not my kiddo on the field) and these local restaurants and bars are all vying for your patronage. Indulge them – and yourself – with some deals on drinks and apps for the first UT game of the season: Saturday, August 31, 7pm. Running throughout the season is a special fall football menu at W Austin’s Living Room Bar and TRACE (ps: they’re serving brunch on Labor Day). Games will be screened in the bar’s Screen Porch. Sips include the Longhorn (a shot of Deep Eddy Lemon and an Austin Beerworks Pearlsnap pilsner), Hail Bloody Mary (Tito’s and Revolution Bloody Mary), First Round Draft Picks ($5 all well beers), and THE CLAW (bucket of five beers with your choice of White Claw black cherry or mango). Bites include beef brisket nachos, tacos, buffalo chicken wings, and a jalapeno cheddar hot dog.

Hotel Ella is going fancy with their tailgate party, which kicks off three hours before game time, and features "a full buffet by Goodall's, specialty cocktails, beer, wine, live music, shuttles to and from the stadium, and (for those who wanna stay and imbibe) all the hot gridiron action on big ol' tv screens. Note: This event is also family-friendly – and free for kids 12 and younger."

TLC on South Lamar will “be having a big day so get [t]here early to tailgate with $2 Real Ales” and a large brunch menu. 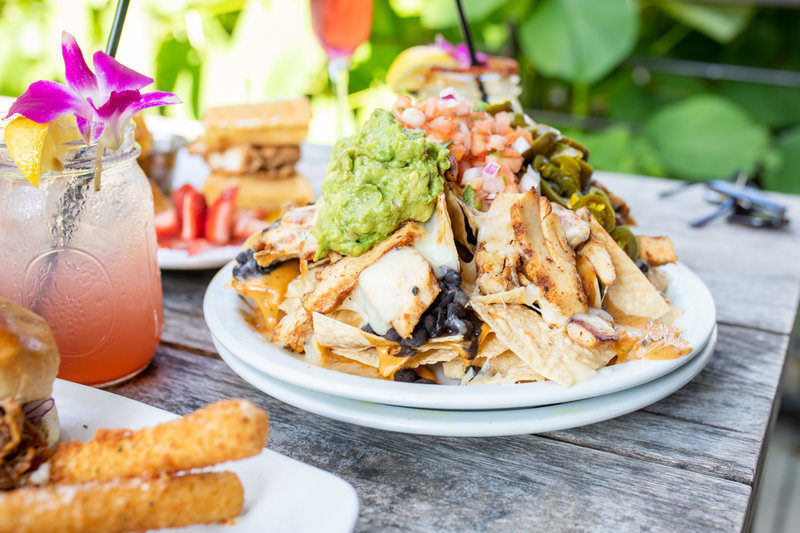 And, yeah, the NFL is a whole thing, but since we know you’re not going to stop watching anytime soon (thanks, Jay Z): Star Bar is straight-up Cheesehead, known as a watering hole for Greenbay Packers. They’ll have $15 domestic buckets, $15 Miller Lite pitchers, $6 Deep Eddy drink.

An Austin original, Pluckers Wing Bar is known for their signature wings and I’ve never not seen the location at The Linc absolutely stuffed to the gills with both diners and screens playing sports. You’re probably already very familiar, but if not, it’s worth a stop. COVER 3 is also a sports bar, but it’s a little more upscale than the usual suspects, what with their craft cocktails, high-end wines, and more-than-wings dishes. Don’t sleep on that Bloody Mary bar, y’all. This spot is so cool Beto O’Rourke stopped by. Scholz Garten is the oldest restaurant, bar, and live music venue in the state of Texas. And it’s a BIG spot for UT fans wanting to root for their team with all the comforts of a tried-and-true biergarten.

The Dogwood at Domain NORTHSIDE, has huge patios and a rooftop bar with plenty of HD screens and a 40 ft projector. They also have a new Spicy Mango White Claw Slushee!

If none of these suit your fancy (um, why you watchin’?), there’s also Billy’s on Burnet, The Tavern, Haymaker, and Posse East near campus, which, by the way, has that new BestMaid Pickle beer everyone’s been buzzing about.