For Farmshare Austin and the Austin Food & Wine Alliance, this year really is lucky number seven.

On August 3, at the seventh annual White Linen Night – the 2nd Street District’s block party for foodies – these two local nonprofits will be the beneficiaries of ticket proceeds generated by Austinites looking to nosh their way through some of the city’s most well-known restaurants. 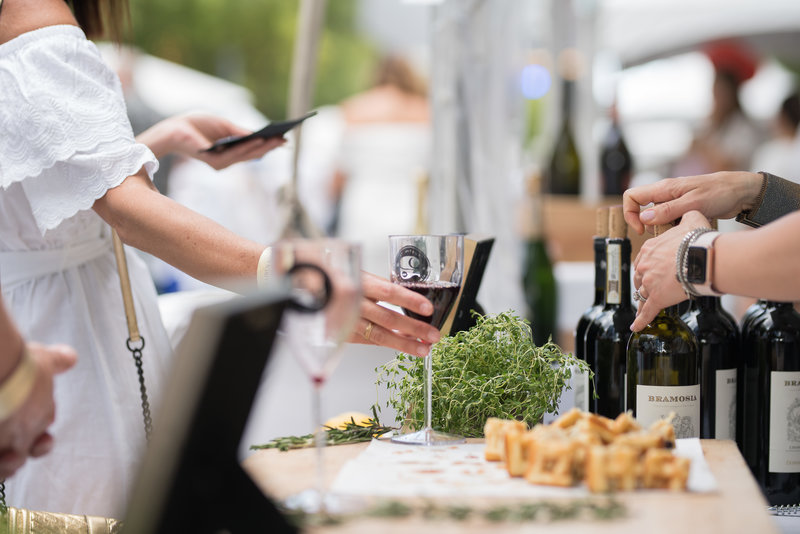 Some old standbys like the Backspace and Taverna will be in attendance, but expect to see fare from newer concepts like She’s Not Here – a tropical getaway coated in an Asian-Pacific flavor – and Chispas, a new taco and margarita joint that opened up this spring.

As one would expect, the planned menu skews towards summer-friendly bites featuring fresh herbs and fruit as well as quite a few frozen dessert options, so there is little risk of overheating on an August evening. In solidarity with the selected non-profit beneficiaries, several of the chefs are emphasizing local produce.

Although Andrea Abel, executive director of Farmshare Austin, told the Chronicle that they did not have a hand in connecting local farmers with restaurants as they composed their menus, she did say that being a part of this block party has opened new doors for their programs and has brought the discussion of local food and food equality to a new audience. 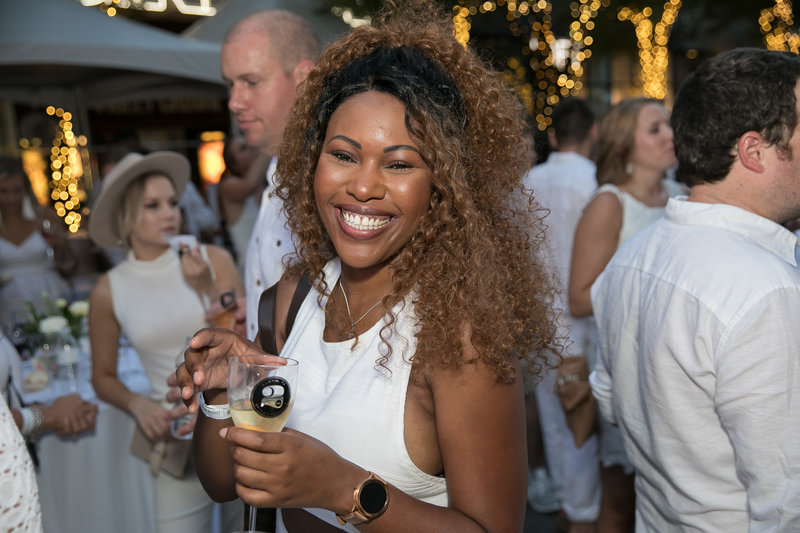 The White Linen block party is an ideal setting for a conversation about the accessibility of fresh food, Abel explained, because such a subject is best broached over good food. It’s a reminder that “everybody has a fundamental right to access good food,” she said. From those enjoying curated menus on the boutique-dotted streets of downtown to those living in the far reaches of East Austin, Abel explained that having access to locally-grown produce is of equal importance. After all, “local food is the healthiest and best food,” Abel said.

Beyond bites, the White Linen block party will be full of local beverage brands like Tito’s, Hops&Grain, and Waterloo Sparkling Water, as Austinites float around on summer breezes in their white linen ensembles sampling bites from the district. Although Texas wine is a hot commodity, at this year’s event, wine will come from farther away, provided by Washington State Wine.

Tickets to the August 3 event are available online for $65 (GA) and $95 (VIP). Ticket proceeds will be split between Farmshare Austin and the Austin Food & Wine Alliance. According to Abel, any funds Farmshare Austin receives will go directly to purchasing equipment and any necessary expenditures on the farm to help grow food that is distributed at low-cost produce mobile markets around town.