A birthday bash featuring the holy trinity of beer, barbecue, and music

Every so often Banger’s Sausage House & Beer Garden on Rainey Street likes to throw a party. Their anniversaries are one of those occasions ... and how. This year marks the seventh and biggest one yet, with enough beer, barbecue, and music to make any Austinite sweat. After opening in 2012, Banger’s quickly became a go-to spot for craft beer not only on Rainey but for Austin in general. These days parts of the Rainey neighborhood are starting to look more like Dirty Sixth, but Banger’s keeps its classic German beer garden catering to the craft beer crowd with a wide selection and knowledgeable staff.

In addition to their already sprawling 200+ wall of craft beer, Banger’s has collaborated with 21 local breweries to create 25 craft beers just for their anniversary. These one-offs will likely woo Austin beer connoisseurs, with notable names like 512 Brewing, Austin Beerworks, Pinthouse Pizza, and Zilker Brewing. If that wasn’t enough, Banger’s is also bringing out the good stuff from their cellar, from 20 vintage kegs such as a 2019 whiskey-barrel-aged 512 Pecan Porter, a 2017 Bitches’ Brew stout by Dogfish Head, and a 2013 Mephistopheles stout by Avery Brewing.

Brunch at Banger’s is always accompanied by a band, but this time there are seven of them playing throughout the day from opening to closing. Banger’s usually sticks to country roots bands for their parties, and this one is no exception. Highlights include Sour Bridges' dust-kicking browngrass, the Lost Pines' trad bluegrass, and Teddy Long's Americana rock blend.

Banger’s chef Ted Prater will roast a full pig and stuff it with spicy pork sausage so you can have pork in your pork with more pork. He will be joined by pit master Evan LeRoy who will be smoking another hog but with Sambai cucumbers and chicken boudin.

Here's to many more anniversaries.

For more information on the anniversary party, including a full list of the breweries, bands, and the cellar’s inventory, check out Banger’s twitter. 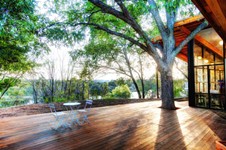