After a 12-year hiatus, the Moontower Saloon in South Austin will host Spamarama on July 6, a festival celebrating the many uses of the oft-maligned canned-meat product. 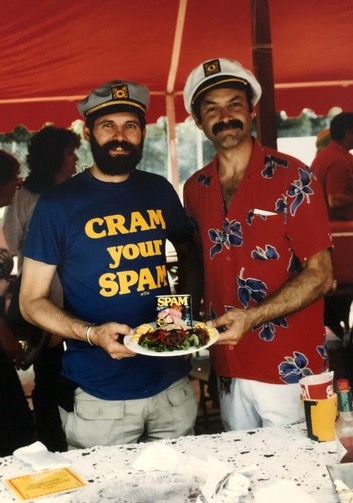 “It’s a true Austin original,” Josh Bumb, co-owner of the Moontower Saloon, says of the event.

The Spam-centered festival began in 1978 and was held annually – under changing ownership – until 2007. Now, Spamarama is back with its founder, David Arnsberger, at the helm.

The idea for the Spam-centered event first came to Arnsberger one day in January of 1976, when he and a friend noticed the ubiquity of chili cook-offs and determined the dish to be decidedly unimpressive.

“Anybody could cook chili,” Arnsberger says. “You just need some meat, some chili powder, and if you’re from north of the Red River, you throw in some beans. But if somebody could make Spam edible, that would be an accomplishment. My mind went, ‘Ding! Spamarama!’”

Arnsberger approached the owner of the Soap Creek Saloon (where his band, the Uranium Savages, routinely performed) and asked to hold the event there. The owner agreed, and the first Spamarama was born on April Fool’s Day, 1978.

“I didn’t think it would work; it was a joke,” Arnsberger says. “That first year, there were like 30 entries and a couple hundred people showed up.”

The event quickly became an eagerly awaited Austin tradition. Arnsberger added the Spamalympics in 1990, and he says the festival’s crowd grew to a whopping 14,000 people at Auditorium Shores in 1998.

However, after moving to Colorado that same year and finding remote management of the event too difficult, Arnsberger sold his rights to Spamarama. The event changed hands over several years, up until a failed run in 2007 when a freak sleet-storm spoiled the festivities.

After Bumb reached out to Arnsberger and showed him around the Moontower Saloon, Arnsberger began to see a future for the event after all. Bumb became “the lucky guy that gets to put Humpty Dumpty back together again,” Arnsberger says. The event’s resurrection will feature its traditional Spam-related activities: a Spam cook-off and the Spamalympics.

The heart of the festival has always been the cook-off. There is both an amateur division and a professional division for restaurants and companies. Past delicacies have included Guaca-Spam-ole, Croissant de Fromage avec Spam, Spamales, and the unexpectedly palatable chicken-fried Spam. Rated in both taste and showmanship, the winner of the pro-division receives the time-honored Spamerica’s Cup.

Others can duke it out for the equally coveted Worst Taste Award. Past contenders include Jurassic Pork, Parts Too (a Styrofoam pig with very irritable, pressurized, Spam-infused bowels); Spampers (a diaper filled with pureed Spam and brown mustard); and Girl Snout Cookies (which came complete with the dish’s creators in Girl Scout outfits and wigs).

This year’s iteration of the Spamalympics will include the Spam Toss (a meatier version of an egg toss), the Spamburger eating contest (the first to consume a 12 oz. can of Spam on a hamburger bun wins), and the “Spam Call” (like a bird call, but for Spam).

To those less enticed by the promise of canned meat, the event will also feature various food and drink vendors, as well as performances from Sweet Mary Hattersley’s Blazing Bows, Leeann Atherton, Jeff Plankenhorn, the Secedars, Birdlegg, and the Austin Lounge Lizards.

Arnsberger will join the Secedars to play such Spamarama classics as “Mr. Spam Man” (to the tune of the Chordettes’ “Mr. Sandman”), “Chopped, Pressed Ham” (ZZ Top’s “Sharp Dressed Man”), and the newly penned “The Meat Goes On” (Sonny & Cher’s “The Beat Goes On”).

“It’s going to be kind of our theme song for this year,” Arnsberger says of the new song. “Because that’s what it is: Spam’s going on, the meat’s going on.”

Tickets are $10 online and $15 at the door. Children 12 and under are free. No dogs allowed. Cook-off guidelines and general event information can be found at www.spamarama.net.

Spam, Spam, Spam
Who won this weekend's Spam Cram at the annual Spamarama? 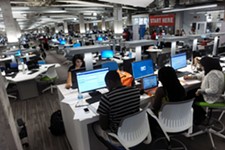 8 Austin Education Opportunities for Adult Learners
Get your GED, find your passion, take a class, or just nerd out for a night 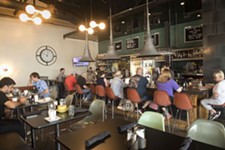 10 of Austin's Best 24-Hour Options for Food or Coffee
Looking for a late-night restaurant or an early-morning caffeine fix?