Things to do when you're out east of the big city 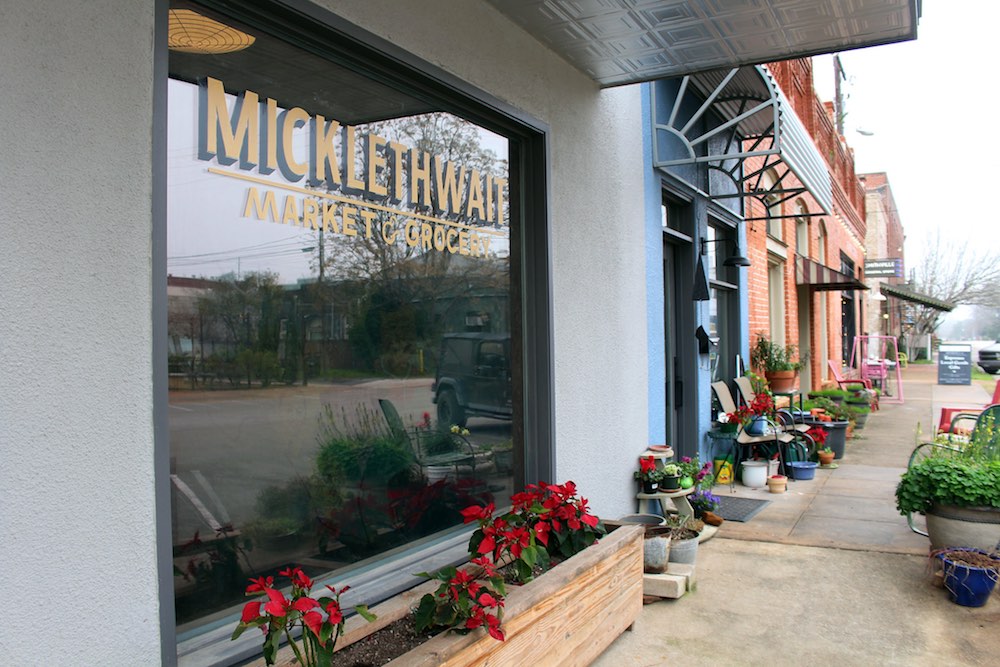 Head out east of Austin on Highway 71, past the airport with its international traffic complicating local skies, past Berdoll’s Pecan Candy & Gifts with its touristy shelves of Lone Star nutmeats, past Bastrop where Elric’s storied daddy chooses to maintain a home, past that enormous Buc-ee’s with its cultish crowd of travel-happy acolytes.

Keep on going toward where the sun hoists itself over the horizon each morning, and eventually you’ll cross into Smithville.

Takes you a little less than an hour to get there, probably, depending on traffic: The town’s about 50 miles from Austin.

A lot of people are heading that way lately, and not all of them temporarily.

By the time Tom Micklethwait opened his inaugural brick-and-mortar store on Second Street, he wasn’t the first restaurateur raising new works on old foundations. Downtown Smithville was already a sort of daytrip foodie haven. But Smithville – population of 4,000, give or take a few – had an old automotive shop at the corner of Second & Olive that Micklethwait, looking to relocate himself beyond the metropolitan rigmarole of Austin, figured he could turn into a powerhouse of barbecue along the lines of his original Craft Meats food trailer on Rosewood.

“I first came out here ‘cause my friend Robin owned what used to be Midnight Monkey Mercantile next door,” says Micklethwait, showing guests around the spacious venue. “She came out here and she was opening that up, and there were other people out here opening businesses at the time. So I came out just to poke around. I was looking to get out of Austin, looking at some places in Dripping Springs. But that’s when Bob Vasek who owned this building was retiring, and he put out word that this building was gonna be available, so – I decided to move the restaurant out here.

“I love the history of this building,” says Micklethwait. “The Vasek family, they’re locals. The dad started this place as an automotive business in the 1930s and they built the brick part in the 1950s. It was Bob’s dad and his older brother Ernie. Ernie was the one who poured all these bricks,” says Micklethwait, pointing to the walls of his store’s front room. “Ernie said he and his dad had 12 molds, and they’d pour 12 bricks every Sunday after church. They’d just pile them up, all these concrete bricks. Every once in a while, if there were guys who needed car repairs or whatever, they’d come out and make bricks for ‘em. Until they had, like, 5,000 bricks piled up – and then they paid a guy here in town to come and put it together.” He grins. “I still have the original molds, at least a couple of them, back in the kitchen.”

So Tom Micklethwait saw a former car repair joint and, what, the ghost of a carburetor whispered “brisket” in his ear?

“Walking in when it was just an auto shop,” says the affable meatmonger, “people thought I was totally nuts. But I was like, ‘Oh, look at that rolling door and all those casement windows!’ I was seeing what it could be, you know? And I always wanted to be in a small town – so I moved out here, too. I live about five blocks down the street,” he says. “I can walk to work in ten minutes.”

Lot of people moving out to Smithville, revitalizing ancient buildings and opening up businesses in the past several years.

“It’s all about the community out here,” says a tall guy with a brushy topping of hazelnut hair. “This little town, it’s a good city with good people. Real laid-back. Someone looking to just come in and make a fast buck, nah, there’s other places for them.”

That tall guy is Steve Simmons of Amy’s Ice Creams fame. Yes, he and Amy are in Smithville now, too – word on the street is that they own half those streets by now – which explains the trailer-based Amy’s outpost outside of Honey’s Pizza directly across the street from Micklethwait’s.

You go into Honey’s for a meal sometime, and as you’re nomming on a fresh salad or a calzone or a pizza – pro tip: tell them you want that pie “crispy” – it’s certain that your eyes will be drawn to the enormous ceramic portrait of Queen Margherita on the back wall, an image drawn by Darshan Jani and rendered as a stunning tile mosaic by former Austinite Stefanie Distefano.

Distefano’s other big mural downtown – and she’s got plans for more – is an outdoor creation just a few blocks away from Honey's, a mirror-shard marvel covering the entirety of both walls of the alley alongside a bustling diner called Comfort Cafe. The two-wall mural, drawn by mermaid wrangler Indigo Rael and turned into a glittering, textural passage of brilliance by Distefano and her team of talented helpers, reflects the journeys of those working in the exclusively pay-by-donation Cafe, the eatery itself reflecting hardwon triumphs (and solid culinary skills) enabled by the SerenityStar addiction-recovery program, a community-based beacon of success in the heart of the city. 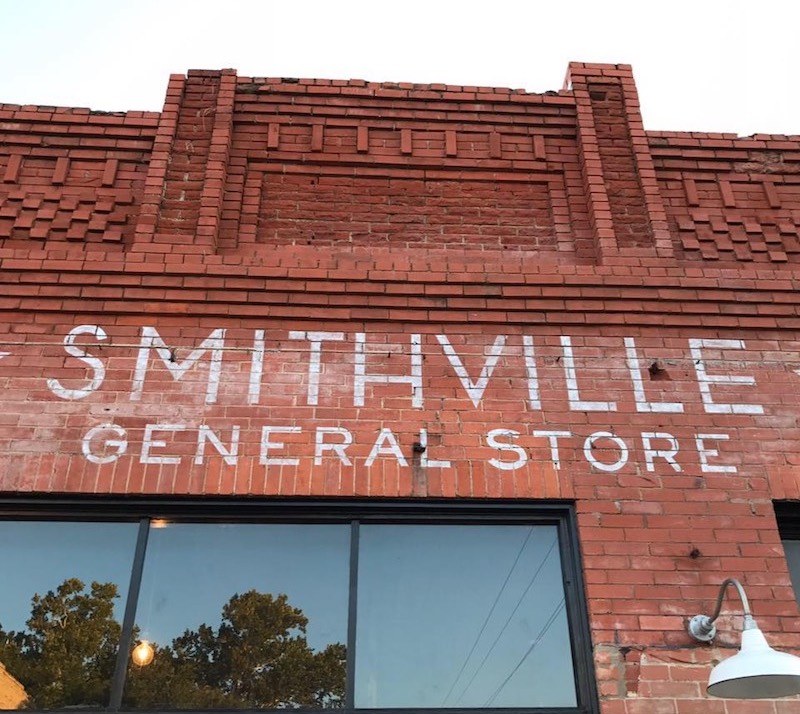 (The SerenityStar program and its diner have been so successful, in fact, that founders Teri Costlow and Rosie Lopez recently opened a second Comfort Cafe in San Antonio.)

If a city can have a heart – and Smithville’s beats steadily, with new blood and old – it can also have a spirit animal. Tigers, the mascot of the local high school, are to be found all over – whether as a statue, frozen mid-prowl near the entrance to City Hall, or in graphic manifestations around town. You might spot tigers in front of the Mosaic Art Gallery, the Royal Tomato cafe, the theatrical Playhouse Smithville; you might see them enhancing the growing array of antique shops between Your Mom’s diner (with its cheese-stuffed burger patties) and the Bombshell Betty artisanal leather emporium, the sports-bar camaraderie of Coach Q’s Social Club and –

Well, look: There’s just so much going on in quiet little Smithville now, so much that rewards a drive out that way, that by the time you make it to the Smithville General Store for an expertly pulled espresso, you’ll be surprised that you’re already back at this article’s beginning: There’s Micklethwait Market & Grocery, right next door. Maybe grab you some ribs or a couple of fresh-baked klobasniks to go, citizen, for the journey back?