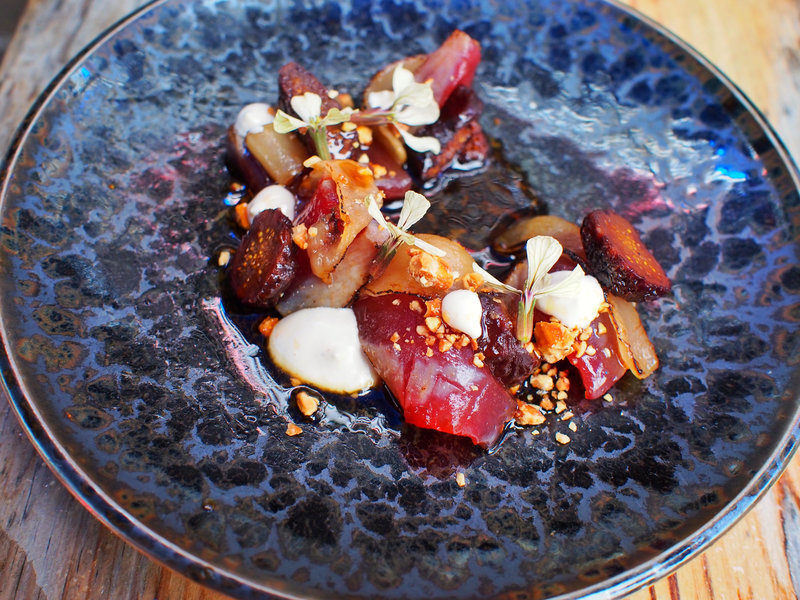 The Smart Catch program provides training and support to chefs so they can develop a sustainable seafood program, helping to increase the sustainability of the seafood supply chain by serving only seafood fished or farmed using environmentally responsible methods, an especially urgent mission in a time in which over 90% of the world’s fisheries are either fully fished or overfished.

In order to achieve this certification, the folks at Lucky Robot had to pass a series of rigorous audits conducted by the Foundation, which included undergoing at least three assessments in the calendar year, on which they had to score 80% or higher according to the Foundation’s criteria. Their demands included the restaurant serving two or fewer items on the menu, which need to account for 8% or less of the restaurant’s volume, including fish certified “red” by the Monterey Bay Aquarium Seafood Watch Program, which had also recognized Lucky Robot’s efforts towards sustainability in 2018. They were also prohibited from serving endangered species listed on the IUCN Red List of Threatened Species.

This interest in sustainability is nothing new to the Lucky Robot team. For the past few years they’ve taken aggressive measures to promote sustainably sourced and farmed seafood. Their menu is comprised entirely of sustainable seafood options, such as Nordic Blue salmon, Hawaiian Kanpachi, and American catfish. They also have been running an annual #TimeoutforTuna campaign to draw attention to the plight of bluefin tuna, a popular, and tragically unsustainable, choice in many sushi restaurants. 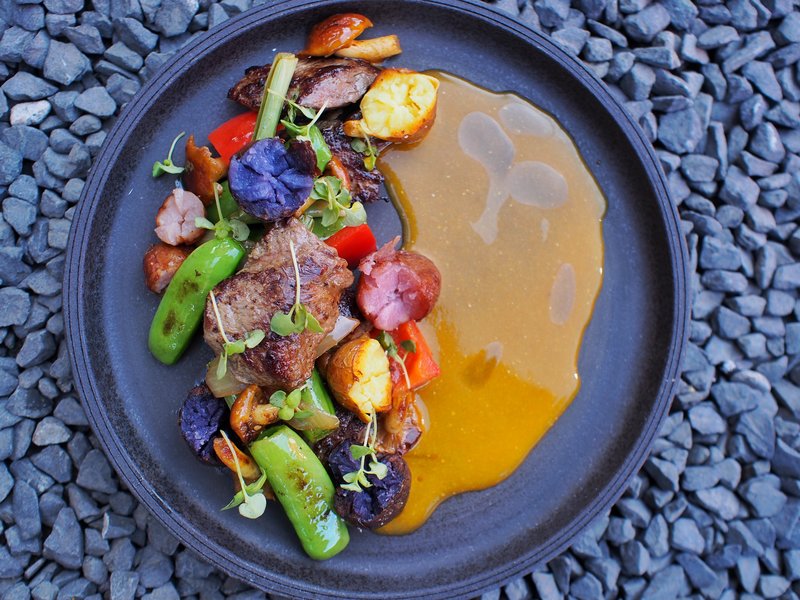 “As a sushi restaurant, we rely on the availability of fish for our business, and our choice to become fully sustainable is to ensure the fish we eat and serve today will be available for the next generation and the generations after that,” says Lucky Robot’s executive chef Jay Huang. “As chefs, we have an opportunity to educate and change minds through food, and we’re so honored to be recognized by the James Beard Foundation for our efforts to do this.”

While we’re at it, Lucky Robot also announced they’ve launched a Nikkei menu – a fusion of Peruvian and Japanese influences – with their new chef de cuisine, Julio-Cesar Florez, alongside Huang. From the press release: “With origins dating back over 100 years to when Japanese workers migrated to Peru at the end of the 1800s, Nikkei marries the simplicity and precision of Japanese cooking techniques with the powerful flavor profiles of Peru, including Andean tubers, chilies, and fresh seafood, for a distinctive culinary experience.”

“Born in Peru, Julio’s knowledge and passion for Peruvian food and culture bring depth to the nikkei dishes at Lucky Robot,” said Jay Huang. “Our combined experiences perfectly blend these two culture[s] and their flavors, bringing a modern look to this century-old cuisine to Austin, Texas.”