On Monday, May 6, Tom Gilliland, Matt Weissler, Casey Kittrell, and Soll Sussman are teaming up to celebrate their friend Diana Kennedy with a bash at Gilliland’s beloved restaurant, Fonda San Miguel. The event, “Honoring Diana,” promises an evening of mingling, mariachis, small bites, and even a signature cocktail called “the DK” to celebrate the author’s lifelong passion for documenting the regional cuisines of Mexico, as well as the recent donation of her considerable cookbook library to the collections of the University of Texas at San Antonio Libraries. Kennedy, a proud nonagenarian, multiple James Beard award winner, and recipient of the Mexican government’s esteemed Order of the Aztec Eagle, is also the subject of a documentary film that premiered at SXSW 2019, Nothing Fancy: Diana Kennedy. She will be at the event signing books and celebrating, and all proceeds from the event will go to support the newly launched Diana Kennedy Center, an educational nonprofit focused on cooking instruction, sustainability practices, and preserving the rich traditions of Mexican cooking. She runs the center from her home outside of Mexico City.

Gilliland has been friends with Kennedy for decades, beginning when they connected through their shared love of Mexico’s regional cuisines. “Diana had just published her first cookbook in 1972, The Cuisines of Mexico, which we were very familiar with – right around the same time [co-owner and chef] Miguel [Ravago] and I opened our first restaurant, San Angel, in Houston,” reminisced Gilliland. “She happened by the restaurant, popped into the kitchen, and a couple of months later Miguel was cooking with her in New York. The rest is history.”

The author of nine cookbooks, Kennedy has lived and traveled in Mexico for the past 50 years, crossing the country to learn local cooking techniques and recipes, which she shared with an American audience whose idea of Mexican food was then confined to hard shelled tacos and cheese dip. “She brought a lot of awareness to Mexican cuisine,” says Gilliland. “A respectful perspective. She shared how Mexican cuisine varies greatly from region to region, allowing us to explore and expand our own menu development and sourcing.” 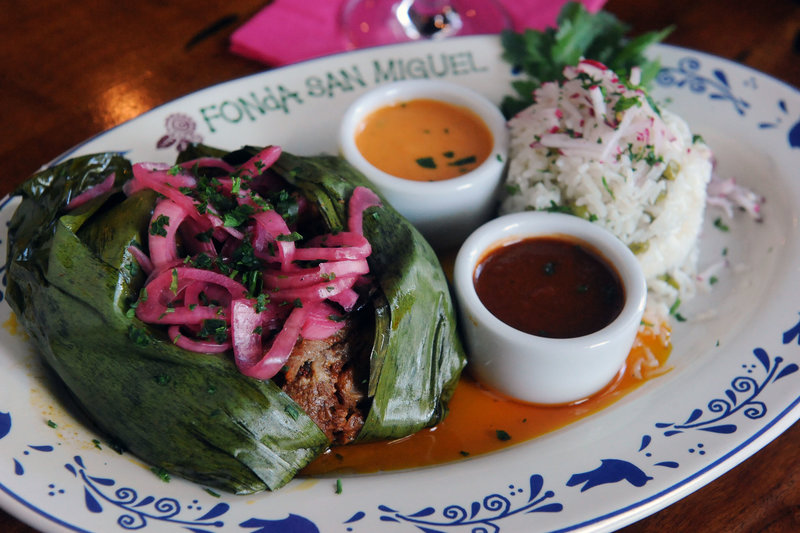 Gilliland’s highly regional approach to Mexican cuisine at Fonda San Miguel reflects his friendship and shared values with Kennedy. The event came together because, according to Gilliland, “We wanted to honor a great author and friend,” and celebrate the donation of Kennedy’s library. The menu for the night will be based on Kennedy’s own recipes, with a little extra Fonda San Miguel thrown in for good measure. “We wanted to create a simple menu,” says Gilliland. “Diana likes the basics.”

Envisioning the event as an expanded intimate cocktail celebration of his friend’s achievements, Gilliland says that he hopes to surprise her with the details of the event. “Diana has not been involved in the planning,” he says. “Only in selecting the hosts, all of whom are great longtime friends. It is an honor for a very special friend. She’s left all the planning to us!”

It’s sure to be an intimate celebration of the grande dame of Mexican home cooking. Tickets are $35 and for more details see the event page.