If you’d rather live your life instead of hate-reading and groaning through the fourth installment of this Big Bad Beer Distributor series, we wouldn’t blame you.

For those of you that pin their hopes on state politicians passing logical, slam-dunk policies every two years so that a massively popular – yet revenue-marginal – statewide industry like craft beer can remain sustainable during the height of its global demand, go ahead and close the tab. And for those of you who’ve always known that Texas was a lousy state to establish and operate a brewery in because of predatory rich men who rest very comfortably in the middle tier of the TABC’s antiquated regulations system while stifling the creative and economic viability of the partner branches they serve, just cancel your internet. 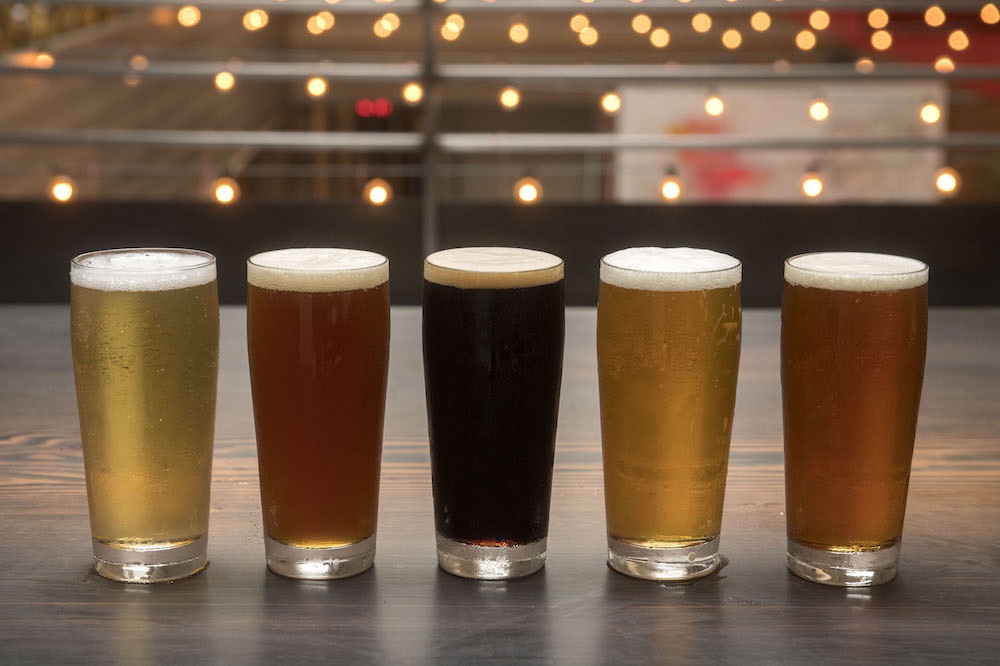 The alarm for this particular article is this: Texas’ widely endorsed "Beer-to-Go" companion bills, SB 312 and HB 672 – which have held bipartisan backing since their conception and been supported by countless Texans and over 13,000 online signatures – have yet to get their time in committees.

“Despite the bills being filed on the very first day of Session, having overwhelming consumer support, and a very healthy list of bipartisan supporters in both the House and the Senate following inclusion in both 2018 state party platforms, we are still waiting for the bills to get a fair shake in committee and move through the process,” says Texas Craft Brewers Guild Deputy Director, Caroline Wallace.

This following two weeks are essentially make-or-break for the 2019 Lege. The bills that don't get a hearing set within that time frame are unlikely to have the time to feasibly make it through all the steps required to pass. If you’re wondering why this common sense Beer-to-Go allowance, which is currently enjoyed by 49 other states and every other booze industry in Texas (including wineries and distilleries), let’s see if we can find any clues down at the Capitol. 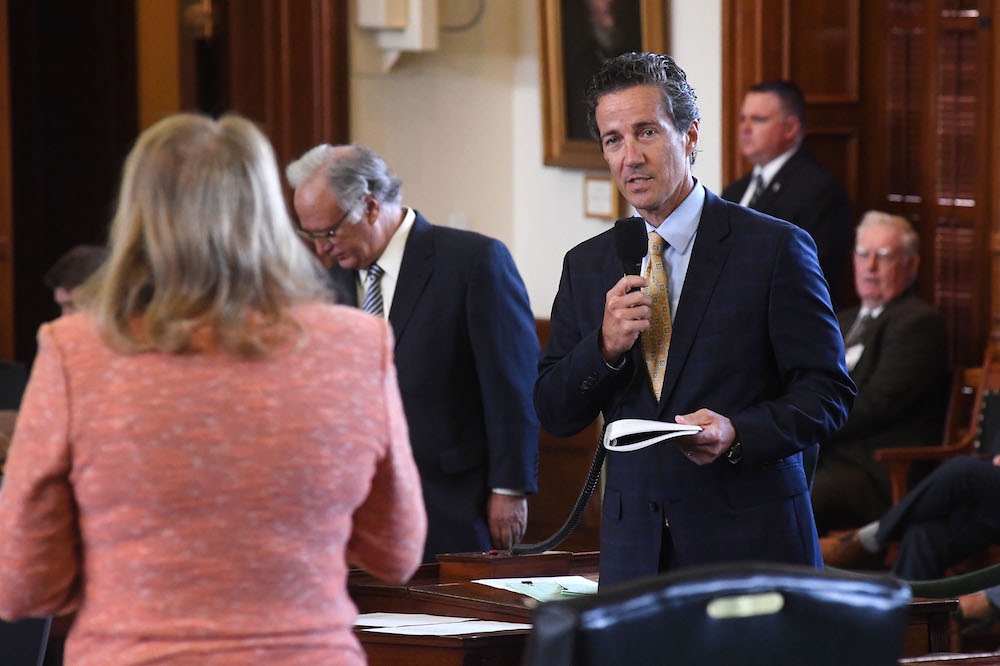 Sen. Kelly Hancock in 2017, spewing on the Senate floor. (Photo by John Anderson)

Sen. Kelly Hancock, R-North Richland Hills, is the chair of Senate Business & Commerce Committee where SB 312 has yet to get a hearing. According to the website followthemoney.org, Hancock has taken $33,500 in campaign contributions from Andrews Distributing founder Barry Andrews, a Dallas affluenza sufferer apparently in dire need of the jingling pocket change that a nationally practiced Beer-to-Go law would inevitably snatch from his coffers. And as Sen. Hancock seemingly plays out the game clock in tribute to that 33 large from Andrews, a Wholesale Beer Distributor of Texas member whose stance is famously anti-Beer-to-Go, Sen. Hancock is taking $19,259 from the WBDT directly. (You might remember the WBDT from such hits as “Superfluous Flow Meter Proposal” and “Woe is the Billionaire.”) It would be due diligence to the public at large if SB 312 received a hearing that could detail the economic stimuli from small brewing in Texas, a state that still treats craft beer like a novelty instead of a $4.5 billion statewide industry.

Rep. Tracy King, D-Batesville – chair of the Licensing & Administrative Procedures Committee in which HB 672 has yet to get a hearing – has received $15,163 from Wholesale Beer Distributors of Texas and at least $33,700 from members of the Lamantia family who operate L&F Distributing which prominently operates along the southern Texas border. House Speaker Dennis Bonnen, whose father-in-law owns and operates a beer distributorship that is also – are you sitting down? – a member of the WBDT, went on record in January to declare that he doesn’t feel the need to recuse himself on alcohol issues and policy during the 2019 legislative session, a crucial lawmaking period for alcohol (and specifically beer) reform in Texas going back several years. Yeah, we can hardly believe it either.

Last week, the Texas Tribune let professional breastaurant loyalist and Yosemite Sam fashionista Shannon Wynne publically continue his half-decade-long spat with local breweries. Wynne continues to insist that it was those blasted taprooms, and not at all his generic template for a 90s-era beer bar, that put the Austin branch of his ill-trained company, Flying Saucer, out of business. Wynne’s op-ed seemed right out of the distributor playbook, even using the term “carve-out” as a colloquialism and proclaiming Texas to have the best beer laws in the country. Surprisingly, nowhere in this letter (that nobody really asked for), did Wynne use “Dilly Dilly” to dismiss the entire small beer industry overall, but had he only summarized the entire op-ed with that turn of phrase, it still would have made more sense than his nine paragraph screed. 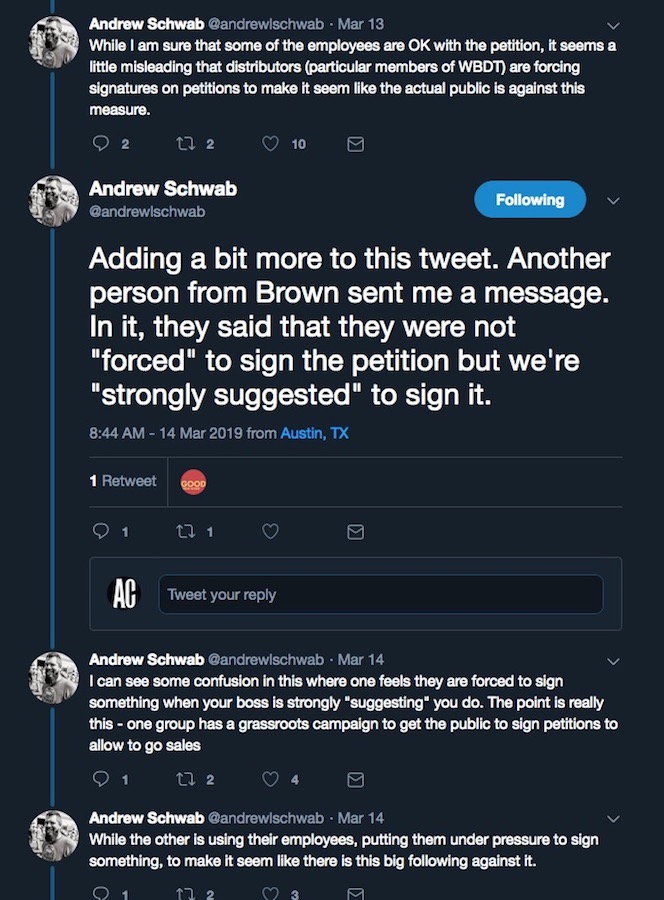 Then there’s the WBDT client members who are contributing to the calamity of SB 312 and HB 672. According to Craft Beer Austin contributor Andrew Schwab, Austin’s Brown Distributing held a mandatory, all-hands meeting during SXSW to strong-arm their employees into signing a petition against the Beer-to-Go bill in which at least one employee leaked the information to the press. The Chronicle reached out to Hunter Brown, general partner at Brown Distributing, who confirmed that a meeting did take place, but was not specific to the petition. Brown indicated that they don’t “strong-arm” their employees, but that they did present a petition in which they encouraged their employees to sign based on the WBDT’s version of the facts. Brown went on to say that he continues to support the three-tiered system in Texas as supported by the constitution.

Not to be outdone by anyone in the State Capitol, a post on the Dallas Fort Worth Let’s Talk Craft Beer Facebook page alleges that sales reps for the Metroplex-headquartered distributor Ben E. Keith asked retailers to oppose Beer-to-Go, a precarious position for the retailers who rely on the distributors for fresh (and timely) beer shipments that may or may not include a brewery’s seasonals and/or rarities based on the quality of their relationship with that very distributorship. A call for comment to John Hallam, CEO of Ben E. Keith, was not returned by the time of publication.

“The Wholesale Beer Distributors of Texas are trying to protect a system that has made them very comfortable for a very long time,” says Wallace. “Laws passed shortly after the repeal of prohibition don’t reflect the realities of a 21st century marketplace or the reality that 49 other states have been successful in maintaining healthy, safe, competitive markets that allow breweries to sell beer-to-go. The sky hasn’t fallen in [those] other states.” 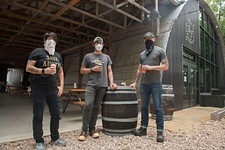 Austin Craft Brewers vs COVID-19: Compadre Brewing and Central District Brewing
How local breweries are responding to the pandemic (Part 7)