Fans of the Las Jaras wine label fall into two camps: Those who know the label from hip West Coast restaurants and wine bars, and comedy fans who know they produce the highly sought-after “Sweet Berry Wine.” 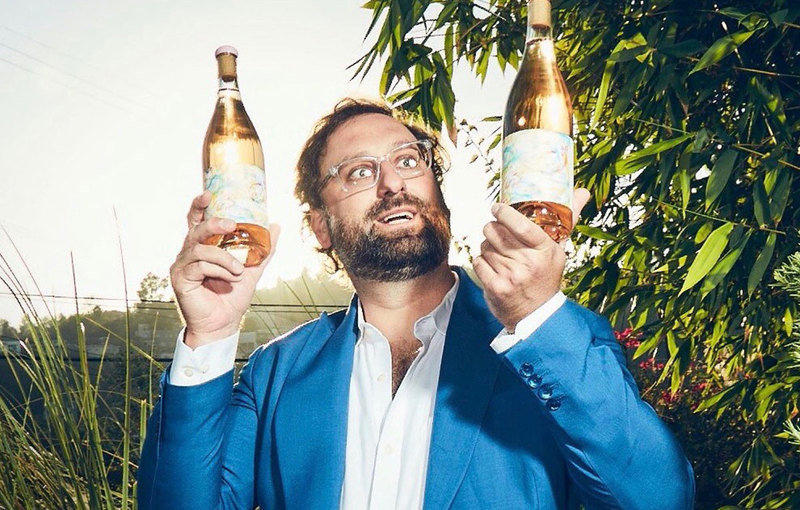 An homage to co-owner Eric Wareheim’s classic Tim and Eric Awesome Show, Great Job! sketch, “Sweet Berry Wine” is both a punchline from a drunken Dr. Steve Brule (John C. Reilly) and the name of Las Jaras’ debut offering, a light red carignan wine from Mendocino, CA. Along with partner (and former Domaine Chandon winemaker) Joel Burt, Wareheim has moved fairly quickly from bootstrapping wine startup to a full-blown label now producing nearly 3,000 cases per vintage – something he attributes to both exceeding initial quality expectations and the charms of Dr. Brule. Wareheim called The Chronicle just prior to a SXSW wine dinner pop-in to discuss both his immersive foray into the wine business and what’s next for Las Jaras.

Austin Chronicle: We’ve read praise about Las Jaras, but since you’re not yet in Texas, we’ve not tried it. Are you now approved to sell here?

Eric Wareheim: Yes, we just got the green light last month. It’s an annoying process to get distributed in all states, because they each have different rules. It’s a crazy nightmare. We started with direct to consumer sales via our website, but the larger point is to be in restaurants, bars, and wine shops.

AC: What drew you into this project as a side hustle? Anyone who’s spent time around winemakers knows that you don’t make wine to make lots of money.

EW: When I moved to Los Angeles, I started making TV shows and films, and food and wine came along with that lifestyle. You’re traveling, and experiencing great restaurants, and I just became obsessed with wine. Around 10 years ago, I met my Las Jaras partner Joel Burt, who was making some wines in his garage. He’s been a winemaker for some well-known larger wineries, but was also doing a natural-style sparkling wine that was light, elegant, vibrant and fun. He brought some of it to a party, and it was a kind of revolution. Sparkling doesn’t have to be expensive Champagne, and it doesn’t have to be a sweet Prosecco – it was a new California thing I got turned on by. So we started working together four years ago on Las Jaras.

AC: Style-wise, does Las Jaras fit the “In Pursuit Of Balance” mold championed by Raj Parr and some of the new-guard California winemakers?

EW: Yes, absolutely. We’re coming from the low intervention, natural and organic scene. We do focus on a cleaner style of wine that some parts of the natural wine scene. We tend to be lower in alcohol. We make a Cabernet Sauvignon, which tends to be a bigger wine, but we aim for the 1970s style of Cabernet that came before the over-extracted style came to California. We’re trying to make vibrant and electric lighter wines.

AC: Are you achieving lower alcohol levels through your site selection, or from picking grapes early?

EW: We like to pick ripe fruit, but on the earlier side. We try hard not to over-extract, and to use a bit of finesse in the winemaking to be less a powerful experience and more an ethereal one.

AC: As Las Jaras has grown and evolved, how have you decided which grape varietals to work with?

EW: At first it was determined by cost. It’s very expensive to buy fruit in Sonoma, so we found a Mendocino carignan and Joel, genius that he is, used it for a red, a rosé, and our sparkling wine. It was fun to use fruit that not everyone knew about - which is a thing a lot of winemakers do, experimenting with classic grapes like mission done in a new style. This year, now that we’ve done a couple of vintages and have a few dollars in the bank, we bought some nice Willamette Valley pinot noir from Oregon. It’s super expensive, but we wanted to make that as well.

AC: Carignan seems to be growing a cult following these days, with wineries like Broc, Ryme, and now Las Jaras getting in the game. Why?

EW: A lot of it was just replaced with pinot noir or cabernet over the years, but you’re right - we’re kind of protecting it. I think the growers are like, “Oh, shit, that’s cool, we get to keep these really old vines.” The beauty is in the age, we have 40 plus year-old Mendocino vines, but different producers treat it differently even if we’re buying from the same places.

EW: We have a new blend called Superbloom that we source from Love Ranch, which is near Yosemite. That’s grenache blanc, grenache noir, picpoul blanc, mourvedre, and roussanne. I did a lot of traveling in France last year, and met so many winemakers doing these co-fermentations and blending red and white grapes – just trying whatever – to make these awesome, juicy, drinkable cuvees. That’s our vibe for this year as well – there’s three new wines with that style of experimentation and lightness.

AC: What’s a Las Jaras wine customer like? Are most people finding you initially through your acting and comedy work?

EW: Yeah. We started with the Sweet Berry Wine, and that’s how we got our foot in the door. Our fans bought it, and we’d sell out in a day. There was a hysteria. Some fans would just buy it for the label, but lots of other got into the wine, which was cool. A lot of our fans are growing up – and abandoning the Colt .45 – and getting into wine. I’m glad Las Jaras is introducing them to this low intervention style. Now, I think because of Master Of None and because I’m out there as a food person, people are trying the wines for different reasons. I’m think I’m getting a bit of respect in the food community and they’re supporting this project I’m really passionate about.

AC: Are you marketing these wines yourself during your downtime on tour or filming?

EW: In between TV seasons, I go up and work with Joel a lot at our [custom crush] winery in Sepastopol, and we do a lot of tasting together. A lot of the winemaking process is just figuring out what you’d like to do. We talk about what I’ve been drinking, what we can physically do in California, and what his vibe is for the wines. A big part of selling wine is promotion, especially when we enter a new market. I love Texas and especially Austin, so my first thought was to come down and do a wine dinner and celebrate the fact that Texans can buy Las Jaras. So we took over the Made In cookware house at SXSW on the last night of the festival. I brought Joel down along with Chris Kronner, a chef I’ve worked with everywhere doing these burger pop-ups. And of course, SX is where you do things to get the word out.

AC: Where can people find the wines once they hit Texas later this year?

EW: It’s kind of early, so I don’t know which shops yet. We don’t make tons of wine, so it’s still a boutique thing. This year we’re making a shitload [compared to prior vintages], so we love to push to get into states we love. We just launched in Louisiana, and now Texas. We favor our favorite places. And we’ve got a Franklin order placed for the morning after our party.

Las Jaras Wines will be available in the coming months in Austin via Victory Wine Group.

Wareheim’s postscript about a late night at Better Half: "Better Half was amazing. We arrived around 1am and it was packed! Seemed like a lot of Austin excitement to try the wines. I poured everyone in the bar. Kronner made burgers. It was epic." 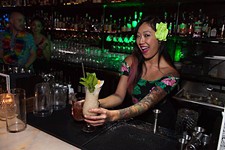